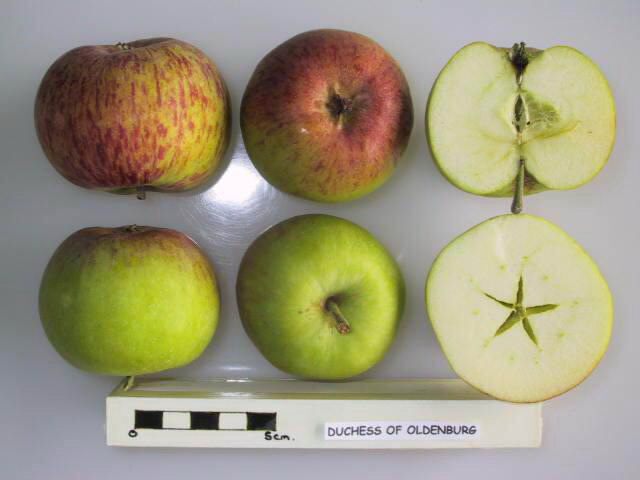 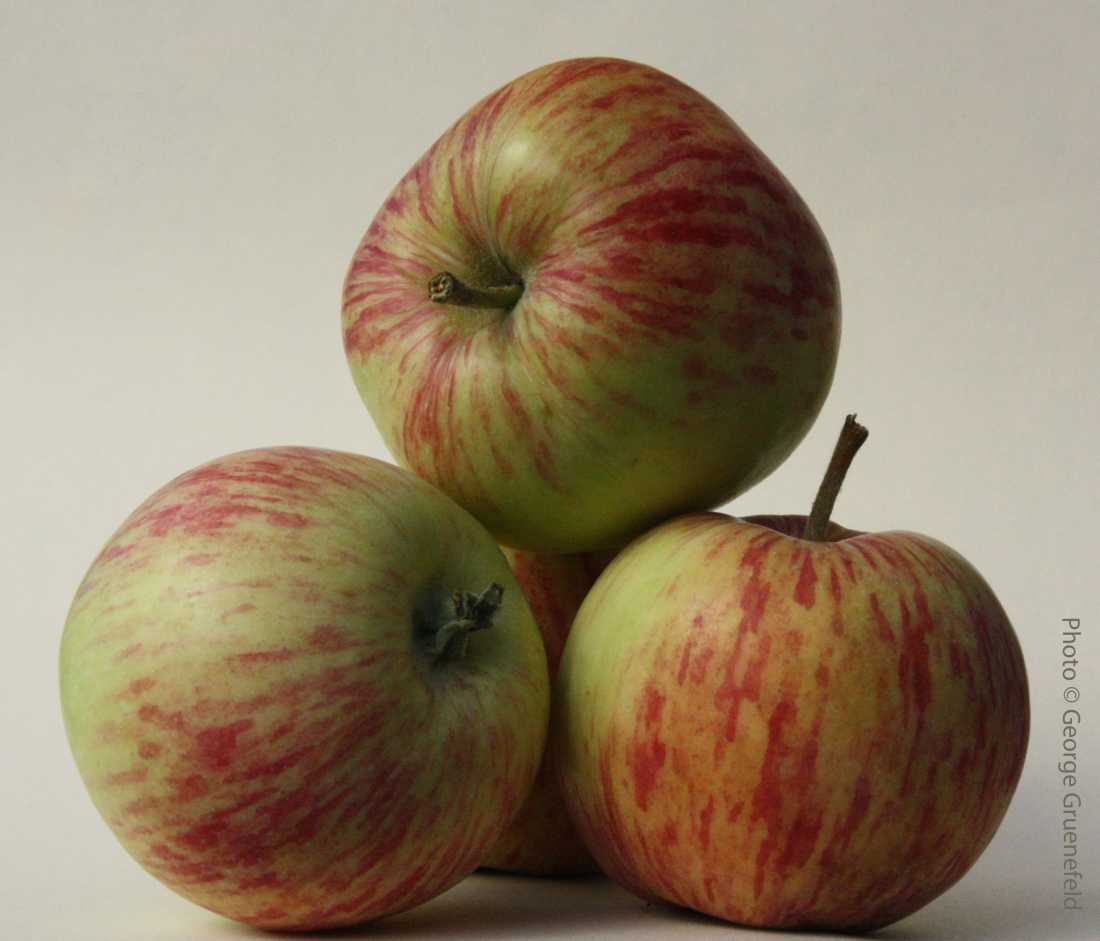 Identification: Medium to large size. Round to flattened round, sometimes with ribbing on the sides and around the calyx. Faintly angular bases. The skin is smooth with a base colour of greenish yellow over which is a bright red wash and a pattern darker broken stripes. Apples harvested under-ripe tend to be primarily green to greenish yellow with a pattern of broken red striping which can be very prominent when the fruit is picked somewhat green. The base colour shows through on the shaded side. Covered with an abundance of well-defined, russetted lenticels. The calyx is medium size and partly open, set in a shallow and wide basin. The stem is long and slender set in a deep, wide and russeted cavity. A pale blue bloom develops on the surface as the apples ripen.

Characteristics: Flesh is creamy-yellow, fine-grained, tender and crisp. Juicy. Brisk and refreshing when first picked, maturing in storage, but it tends to go mealy if left to ripen overlong. Aromatic.

Uses: Makes a good apple sauce, but not good for baking since the flesh melts when heated. The ripe apples are good for eating out of hand, but best left to mature a while after harvest so that the acidity can mellow.

Origins: Originated in the Tula region south of Moscow in Russia during the last half of the 1700s and it quickly spread out across most of Europe. Named to honour Catherine Pavlovna, the Grand Duchess of Oldenburg as well as being the sister of Tzar Alexander and the granddaughter of Catherine the Great.

Cultivation: Moderately vigorous, upright spreading tree that can reach seven metres in height at maturity. Bears fruit on spurs. Starts to produce quite young and the tree bears annually although crops are most abundant every other year. Can be grown reasonably pure from seed.

Notes: This is thought to be the grandparent of both the Northern Spy and McIntosh .

Cold storage: Keeps about a month.

Harvest: Late in the fourth period and early in the fifth and needs to be picked over a span of three weeks.