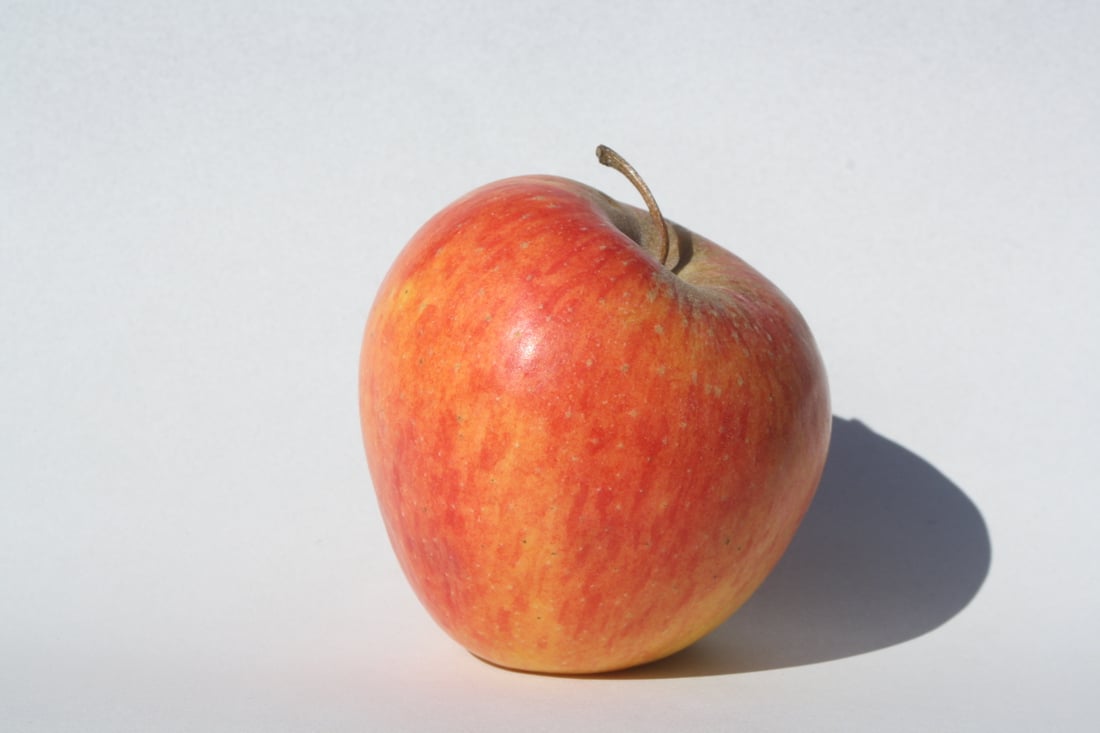 Identification: Small to medium size, conic shape. The skin base colour is yellow over which is a orange pink blush with darker stripes and brownish lenticels. Some russeting can develop around the stem cavity. The stem is long, slender and set in a deep, narrow cavity.

Uses: Developed as a fresh eating apple, but is also a good choice for baking.

Origins: This cross of Clivia (Cox's Orange Pippin x Duchess of Oldenburg) and Golden Delicious was developed by breeders in Germany and Poland and introduced by the Institut für Obstforschung Dresden-Pillnitz (Germany) in 1986.

Cultivation: Moderately to weakly vigorous, dwarfing tree that crops annually. Bears fruit on one-year shoots, but allowing the tree to bear fruit too young reduces its already weak vigorour. Needs to be thinned after the petal fall. Hardy for Zones 4 to 8, though somewhat sensitive to early fall and late spring frosts. Best grown on M.9 or similar rootstock, but for light soils, use M106.

Cold storage: Keeps up to six months. It matures in storage, remaining crisp and flavourful for about two months. After that, it is prone to shrivel, softening.

Vulnerabilities: Resistant to scab, blight. Susceptible to rust and mildew.

Harvest: In the middle of the fourth period