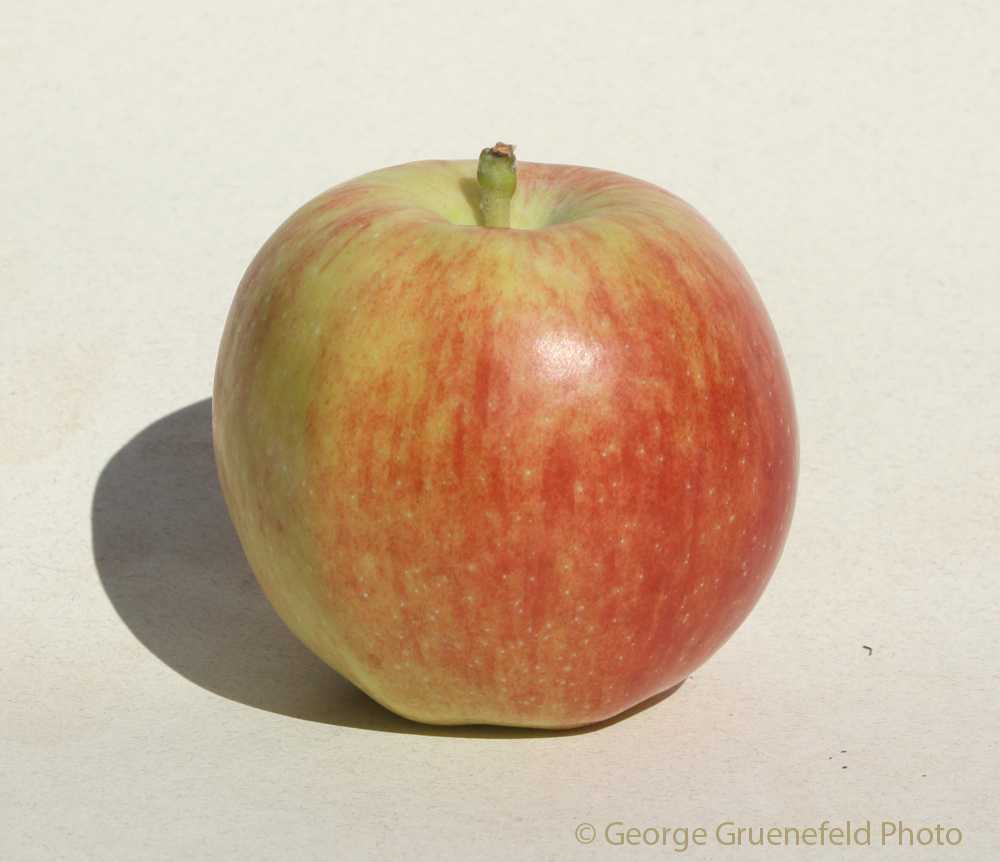 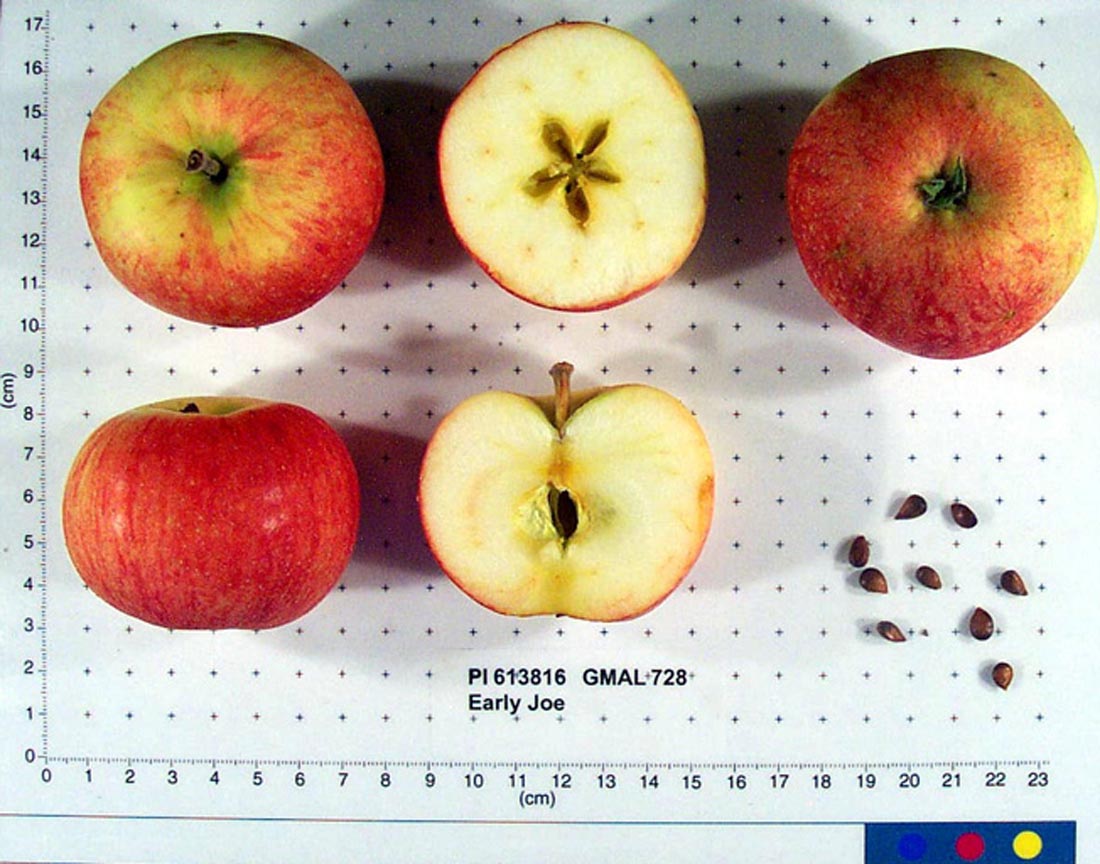 Identification: Medium size tending to small, round and slightly conic. The skin is thin, smooth and glossy with a greenish-yellow base colour, washed almost entirely with dark red and darker stripes. Abundant russetted lenticels. The stem is medium long and set in a deep and narrow cavity.

Origins: One of a package of apple seeds brought from Salisbury in Connecticut State (U.S.A.) to East Brookfield in New York State by Elijah Taylor around 1800 and planted by Heman Chapin. One of these seeds developed into the immensely popular Northern Spy . Another became the Early Joe. Early Joe first received recognition in 1843 at an exhibition in Rochester, New York. Ten years later, its reputation had spread to the southern U.S.A. where it was listed in several nursery catalogs in the region. As is the case for other pippins from Elijah Taylor's package, there is no record of this apple's parentage.

Cultivation: Vigorous, small to medium tree size with a spherical growth habit. Bears fruit on the tips of two-year branches. Produces annual crops but flowers need to be thinned in order to maintain fruit size. The trees grow best in rich, loamy locations.

Vulnerabilities: Prone to fire blight and susceptible to scab. Apple rust can be a problem.

Harvest: Starting in the third period, then over several weeks. No pre-harvest tendency to drop.