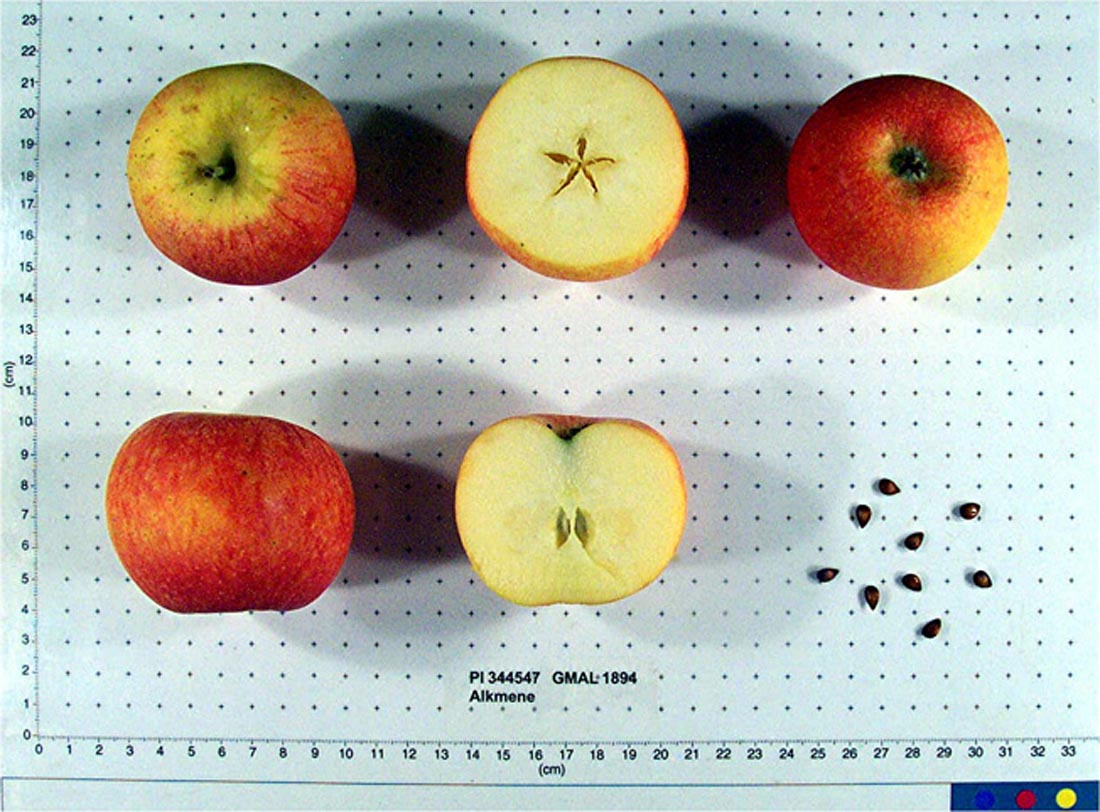 Identification: Medium size, round to round conic. The background is greenish yellow, maturing to golden yellow, washed bright red to orange on the sun-exposed face. Light-coloured, large lenticels are prominent and abundant on the red face. The calyx is large, partly opened and set in a shallow and wide basin surrounded by a lightly knobbed crown. A short, stout stem sits in a moderately deep, narrow cavity.

Uses: Excellent when eaten out of hand, but also a remarkable apple for pies and turn-overs.

Origins: The Alkmene was developed during the 1930s by M. Schmidt and H. Murawski at the Kaiser-Wilhelm-Institut für Züchtungsforschung in Müncheberg (Germany) by crossing Cox's Orange Pippin with pollen from Geheimrat Doktor Oldenburg. It was released in 1962. It was renamed Early Windsor during the mid-1990s in for marketing purposes.

Cold storage: Keeps up to two months. It reaches its peak in juiciness and flavour two weeks after harvest.

Vulnerabilities: Somewhat susceptible to fire blight and canker, resistant to scab and mildew.

Harvest: Through the fourth period.