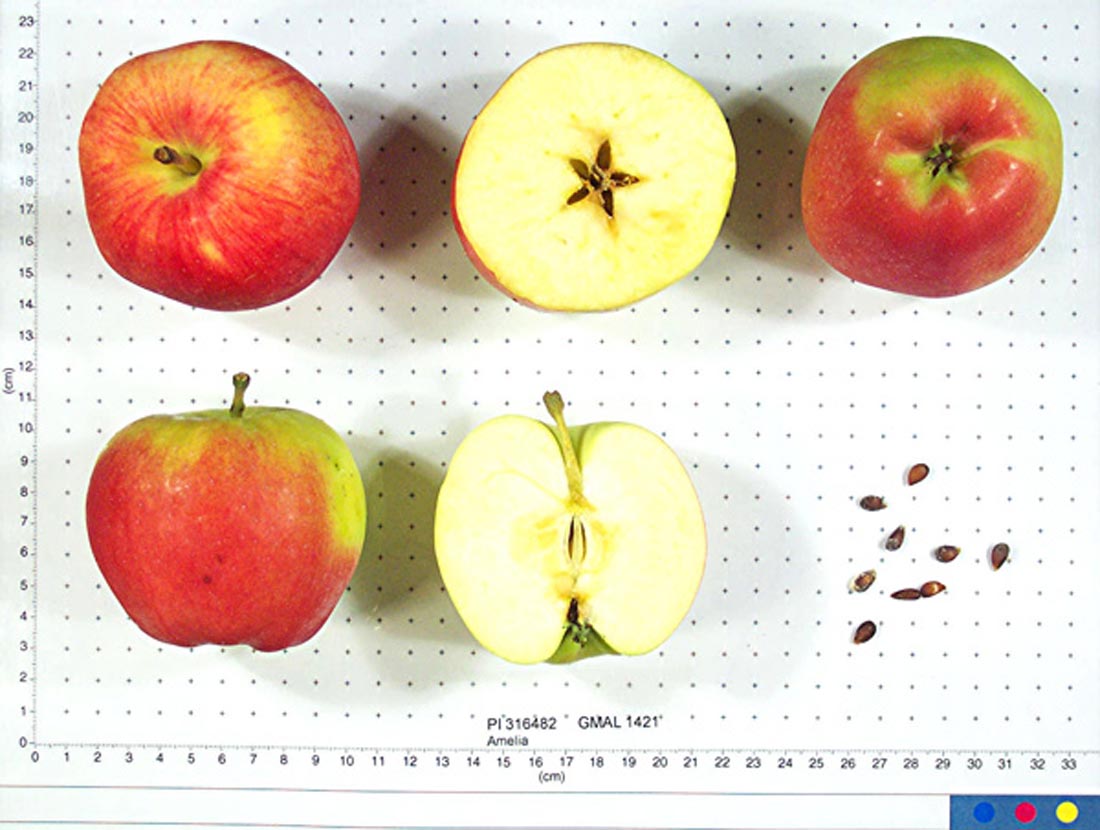 Origins: Specifically bred by Liz Copas and Ray Williams at the Long Ashton Research Station in Somerset (U.K.) to provide England's commercial cider industry with a wider range of bitter-sweets and bitter-sharp apples ripening earlier that the traditional varieties. Primary apple varieties used in this programme were Michelin , Dabinett , James Grieve Red and Worcester Pearmain and a total of 29 new varieties were developed between 1985 and 2003 with the final release offered in 2008. Popularly referred to as "The Girls" cider varieties since the majority had female names.

Harvest: By the middle of the fourth period