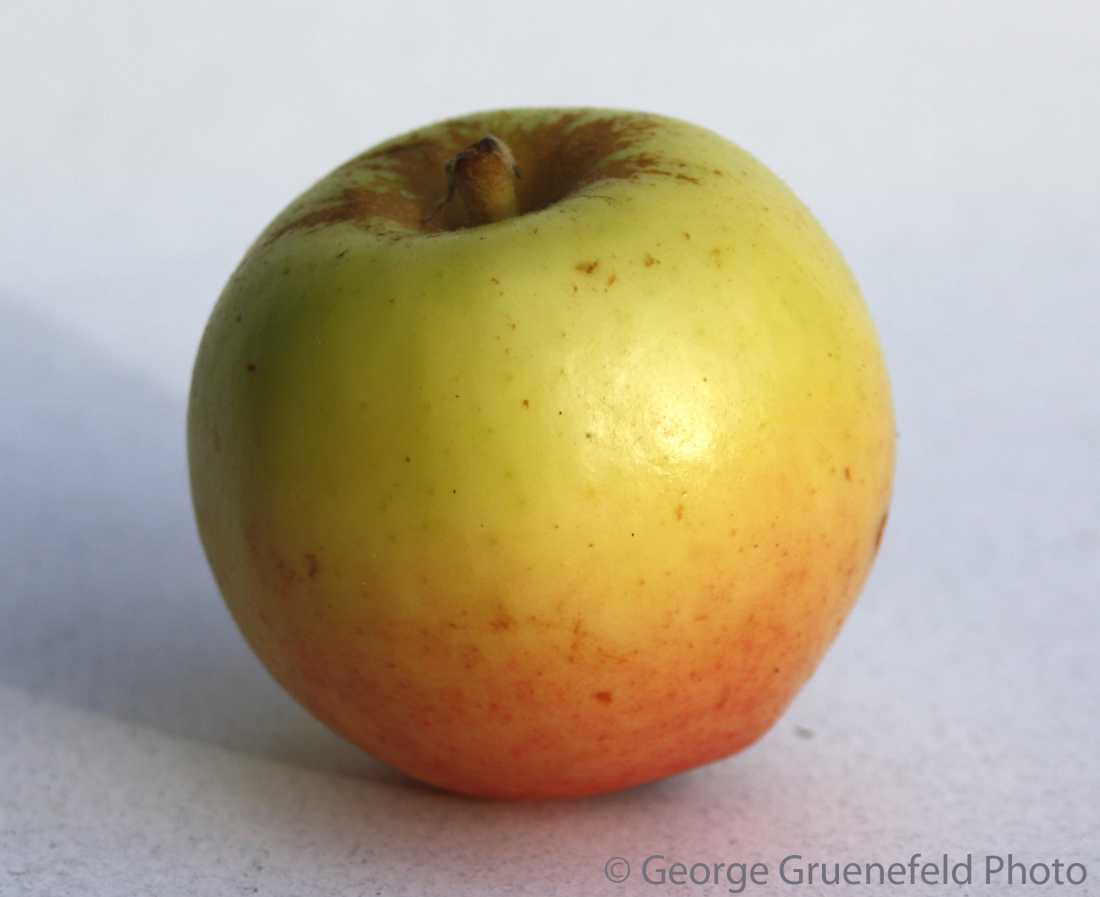 Identification: Medium to small size. Round to round-conic with lightly angular sides. The skin is smooth with a slight waxy feel. The base colour is yellowish-green maturing to yellow, blushed pale red on the sun-exposed face. Scattered small lenticels, russet on the shaded face and red on the sun exposed face. The stem is short and stout, set in a funnel-shaped cavity which is lightly russeted.

Characteristics: The flesh is cream-coloured and very firm. Sweet with a tannic aftertaste and lightly tart. Moderately aromatic.

Origins: Raised from pippins received by nurseryman Legrand of Yvetot in Normandy (France) in the mid-1800s and bore its first fruit in 1872. It was named in honour of Henri Michelin, a noted French pomologist who specialized in cider apples. The apple was one of several cider apples introduced into England by members of the Woolhope Naturalists’ Field Club following their visit to the Rouen horticultural show in 1884.

Ploidism: Diploid. Self fertile but produces best crops in the proximity of a compatible source of pollen.

Cold storage: Keeps up to a month and develops the best flavours after two weeks.

Harvest: Over a period of four or five weeks starting early in the fifth period. The fruit tend to drop. As a rule, the apple is not completely mature when picked and needs to mature several weeks in storage.

Juice character: Makes a cider with soft tannins, mild aromatic. Colour of the must is variable tending from light yellow to pale amber. Best for blending also well suited to the production of apple distillates. Brix 12 plus, 0.23% tannin, 0.25% malic acid.