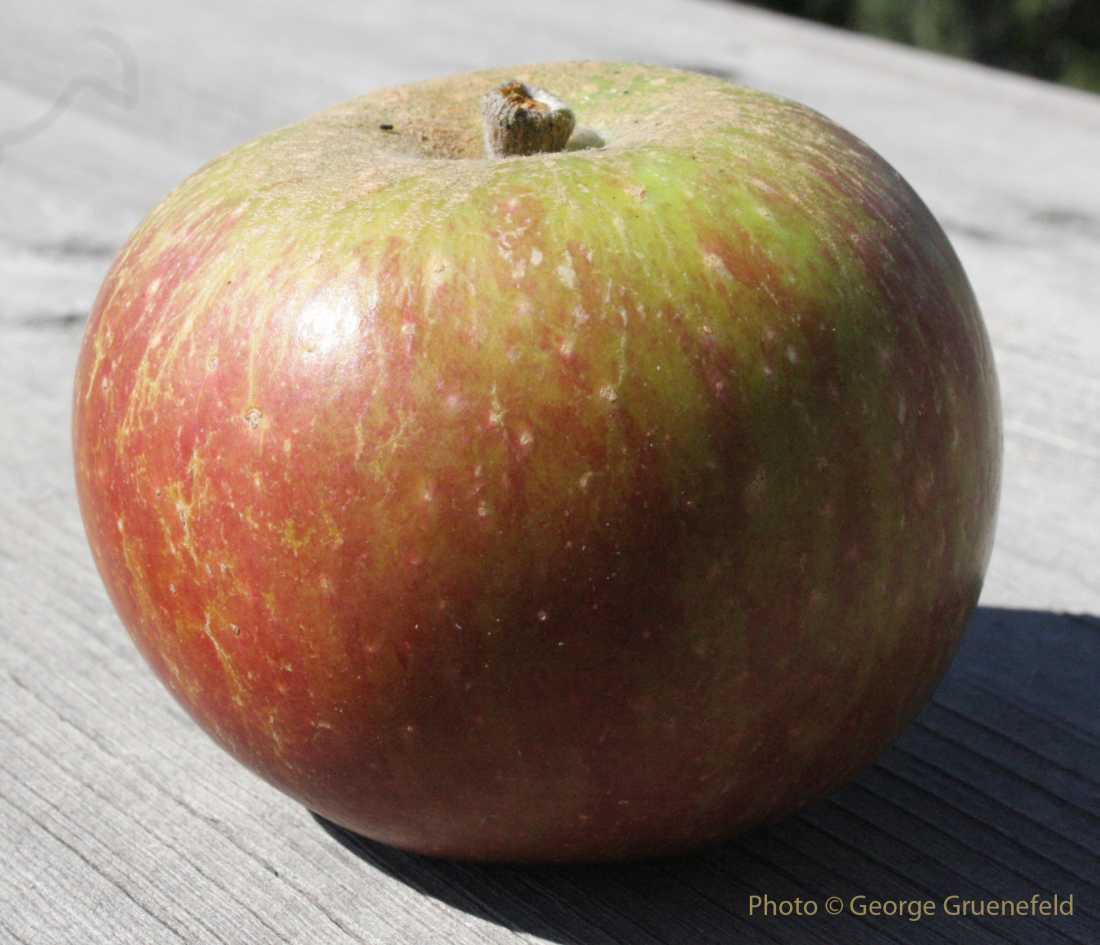 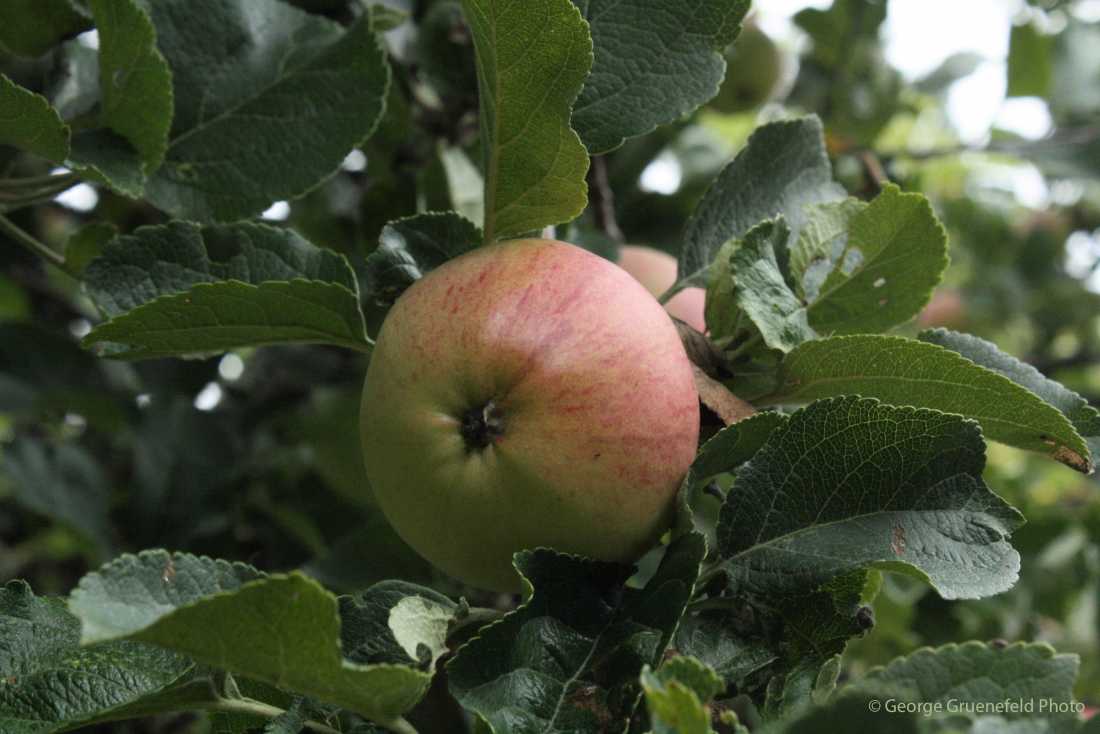 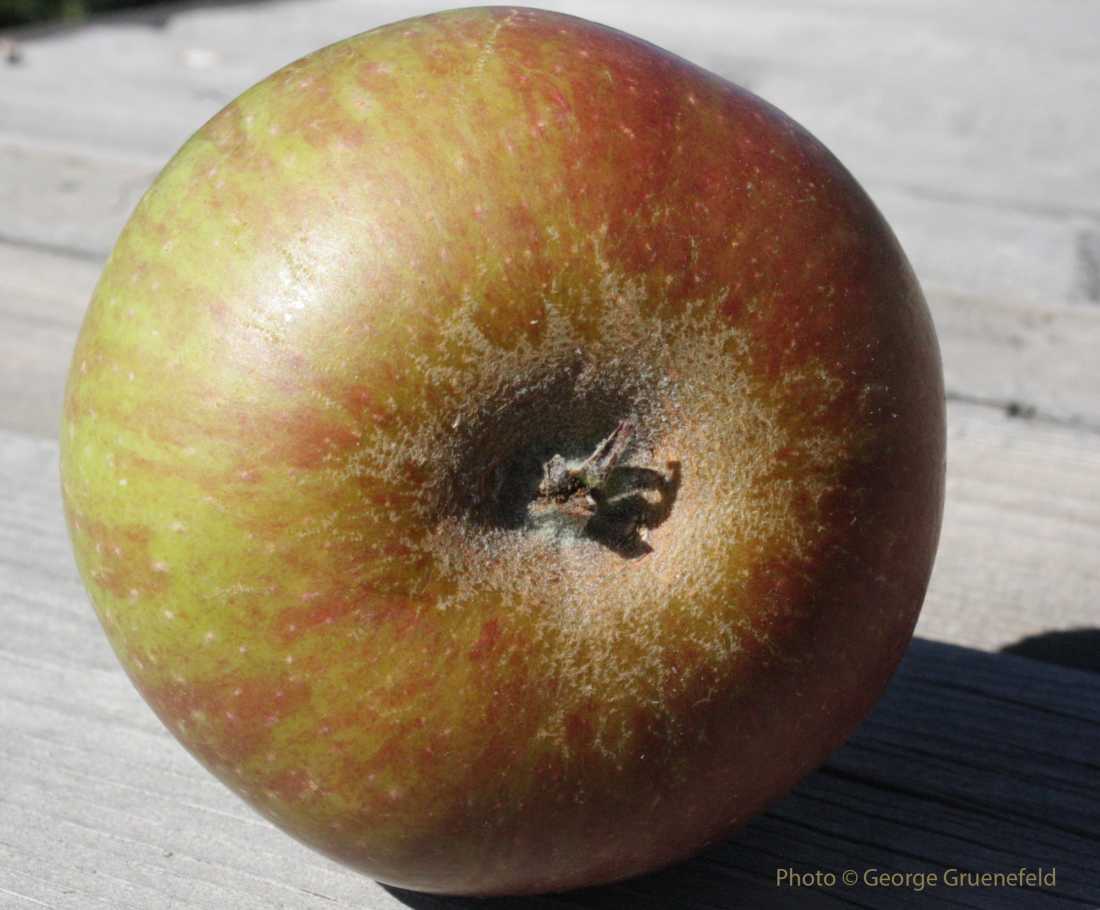 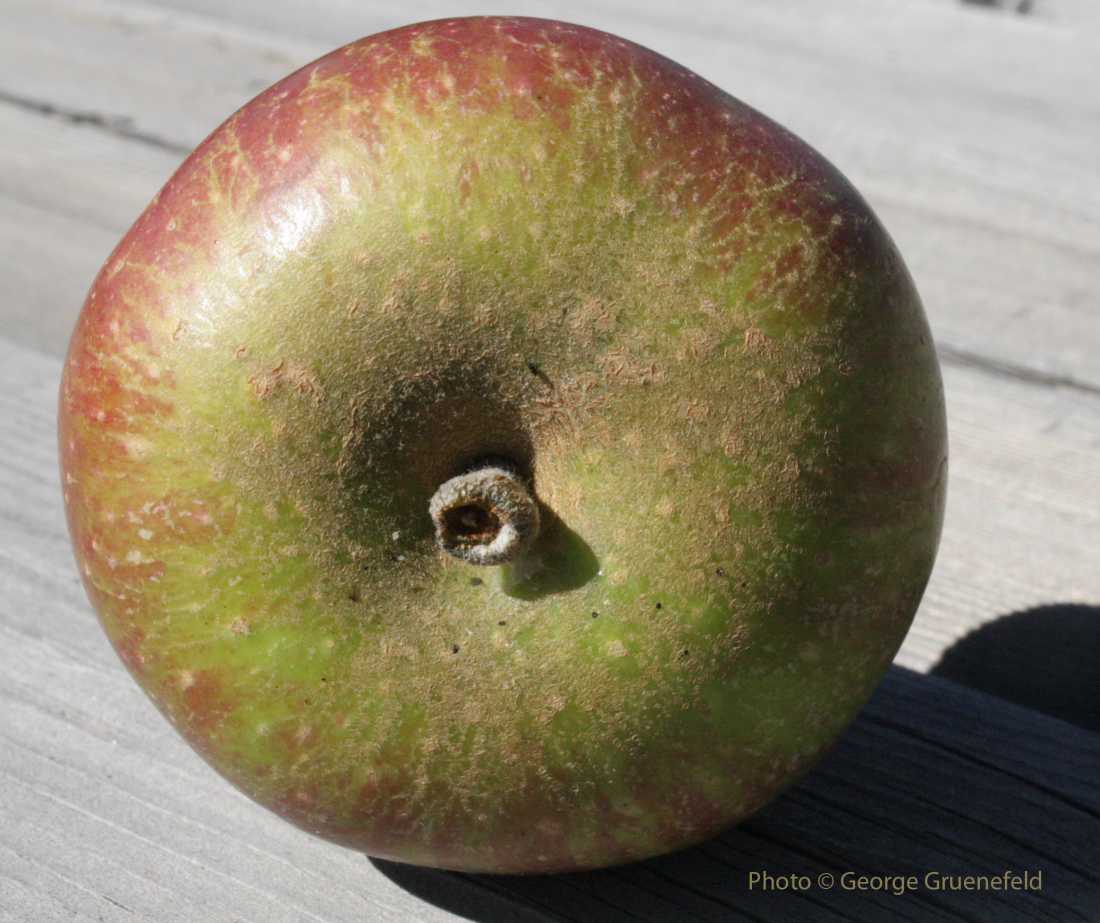 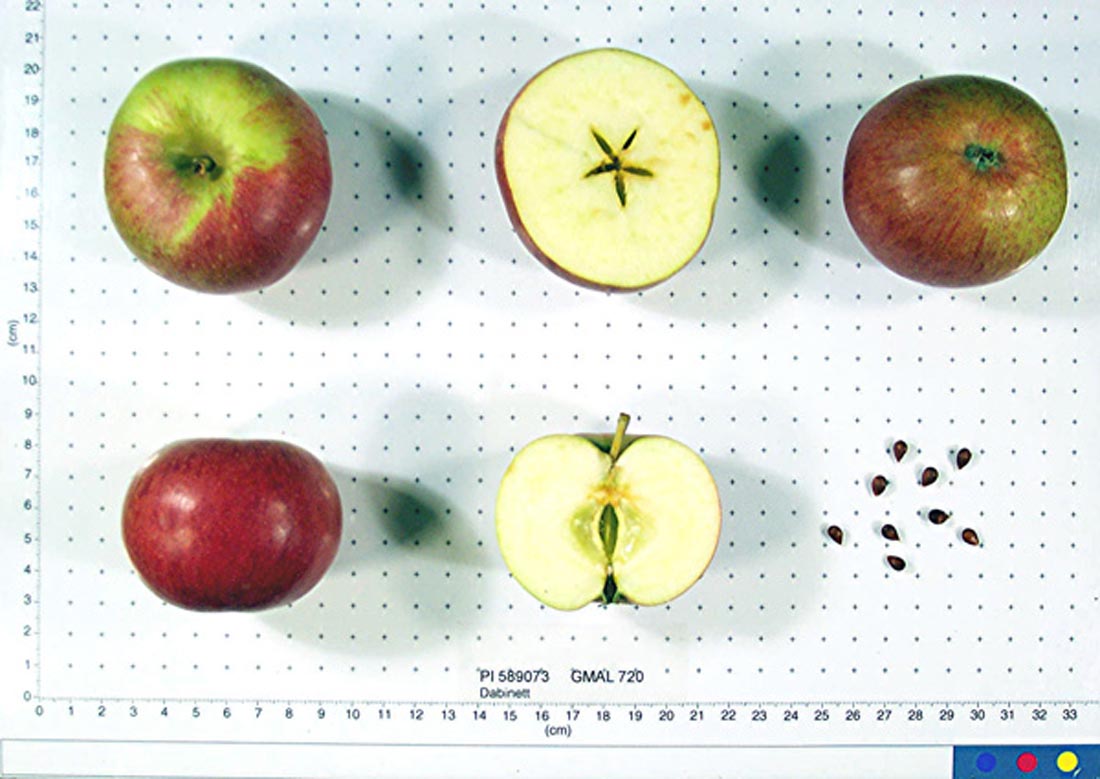 Identification: Medium size, often small, round flattened. Greenish-yellow skin over which is a crimson blush, stripes and small light coloured lenticels. The calyx is large and closed to partly open with long sepals, set in a shallow basin. The stem is medium long, medium stout, set in a shallow and wide cavity which is often lightly russetted.

Characteristics: The pale-green flesh is firm, crisp. Sweet and aromatic.

Uses: Intended as a cider apple and not generally favoured for other uses.

Origins: A British cider apple found by William Dabinett in the early 1900s growing as a wild seedling in a hedge in the Martock-Kingsbury area of Somerset (U.K.). It is likely an offspring of the Chisel Jersey .

Ploidism: Self fertile, but produces better crops in the presence of a compatible pollen donor.

Harvest: Late in the fifth period. The fruit drops from the tree as soon as it is ripe.

Juice character: Fragrant and medium to full bitter-sweet. Sweet and aromatic. Typically the Brix is between 12 and 14, with 0.29% tannin, 0.18% acidity. Considered vintage quality, producing a full-bodied, astringent cider. 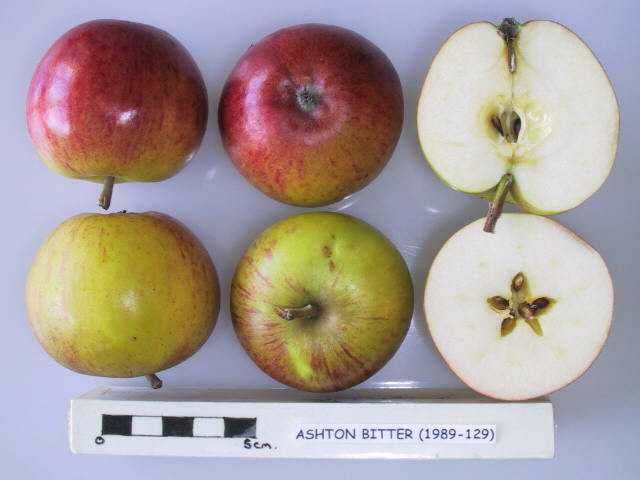