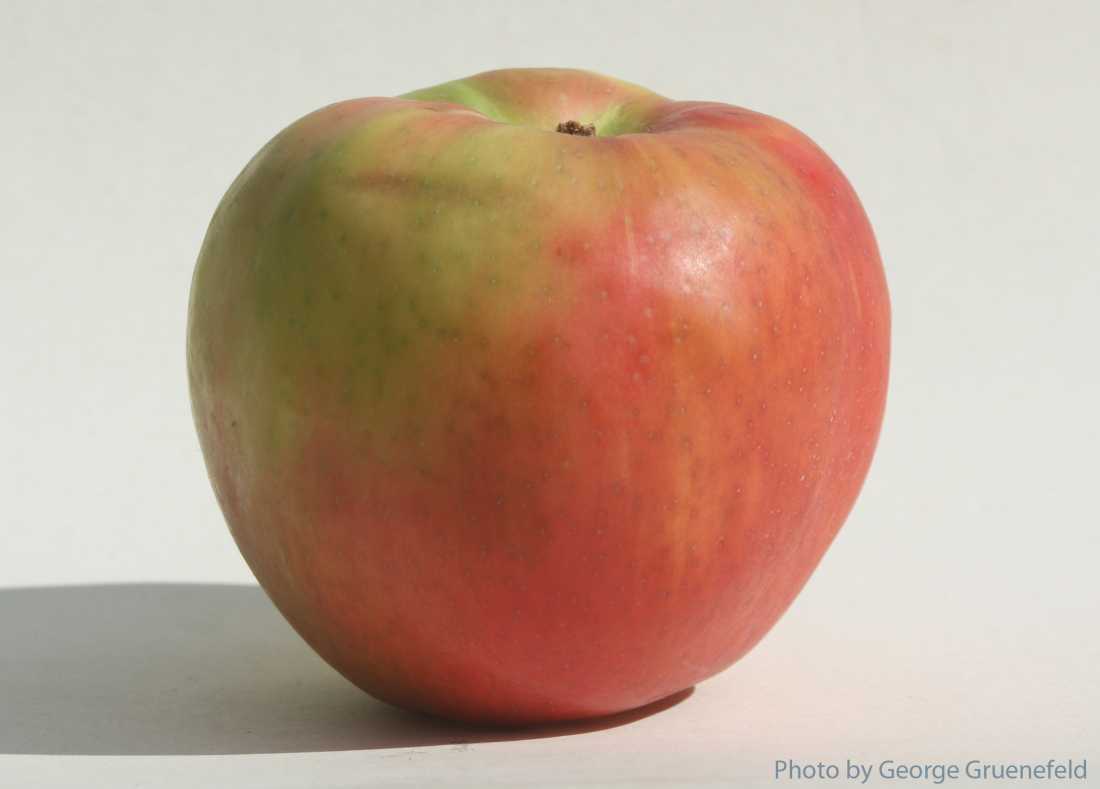 Summary: Though originally marked to be discarded, the Honeycrisp has become one of the Minnesota Research Center's most successful apple cultivar, representing the third-most popular cultivar grown in North America and generating more than $12 Million USD in patent royalties.

Identification: Large apple typically round oblong in shape, sometimes with one side higher than the other. Skin is yellow and covered with red blushes and broken stripes over half or more of the surface. There is a pronounced pink colouration when the apple is grown in strong sunlight. Look for moderately abundant, small russet lenticels on the surface as well as some dimpling. Stem is long and slender, set in a green-russetted cavity. The calyx is large and usually closed, set in a wide and deep basin.

Characteristics: Cream-coloured flesh. Very crisp and breaking, coarse-grained, juicy with a sweet-tart taste. Sometimes a hint of pear drop, but Honeycrisp apples from the start of the harvest tend to be mild in flavour while those picked toward the end of the harvest are highly aromatic. Very refreshing. The esssential attribute of the Honeycrisp is that it has cells which are about double the size of normal apples and, as such, the release an oversize burst of sweet juice and flavour. Resists browning when sliced. The fruit bruises easily and the damaged flesh quickly begins to ferment, giving off an unpleasant odour.

Uses: Best eaten fresh since it has a tendency to go a bit soft in storage. Lovely in salads. Popular for pies.

Origins: Developed in the early 1960s at the University of Minnesota's Horticultural Research Center near Excelsior, Minnesota (U.S.A.) to tolerate cold temperatures during the winter. It bore fruit for the first time in 1974, patented in 1988 and was subsequently released under licence to orchards in 1992. Originally, it was touted as a cross between a Macoun and Honeygold —but DNA testing in 2004 proved their records wrong and identified its flower parent as being Keepsake . As a result of further DNA testing in 2017, the pollen parent was pegged as MN 1627 which was a cultivar developed at the University of Minnesota, but not released. MN 1627 carries the genetics of both Golden Delicious and Duchess of Oldenburg .

Mutations: Walden . It differs from the Honeycrisp in that it develops skin colour seven days earlier, the colour covers 90 per cent or more of the surface and the skin is less dimpled.

Notes: The Honeycrisp has been designated as the official state fruit of Minnesota.

Cold storage: The fruit will retain its flavour and texture for up to five months in cold storage. However, it becomes mealy, dry and tasteless if stored overlong.

Vulnerabilities: Resistant to scab and blight. Some susceptibility to cedar apple rust and powdery mildew. Bitter pit can be a problem. Slightly susceptible to brown rot.

Harvest: Ready for harvest starting in the last half of the fourth period, but susceptible to pre-harvest fruit drop in during unseasonable hot spells.

Synonyms: MN1914. Trademarked and marketed under the name SweeTango. 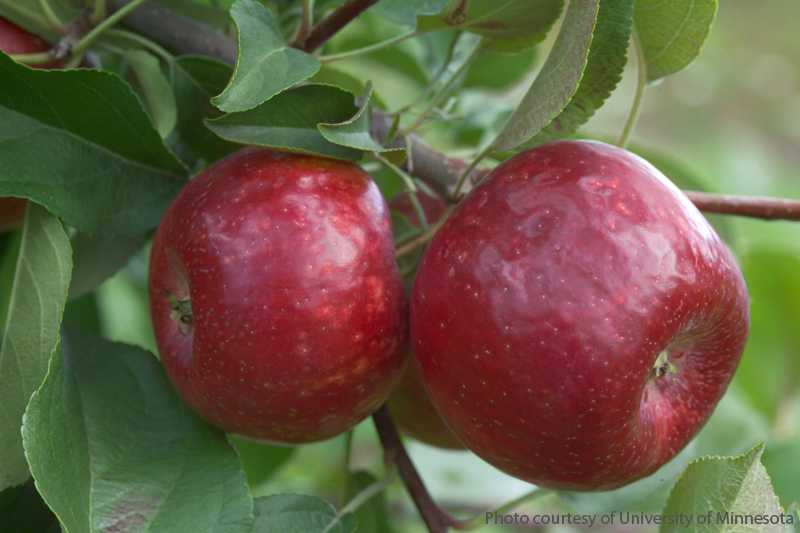 characteristics: The flesh is cream-coloured tending to light yellow. Firm and very juicy. Extremely sweet. Aromatic with a cane sugar/molasses and lychee flavours.

summary: A bitter-sharp apple used in the making of Asturian cider. One of 22 cider varieties recognized under the Denominación de Origen Regulada for the Principality ...

summary: Developed at the University of Minnesota and released in 2016, this commercial apple delivers the tangy taste of Granny Smith and the juicy sweetness of ...