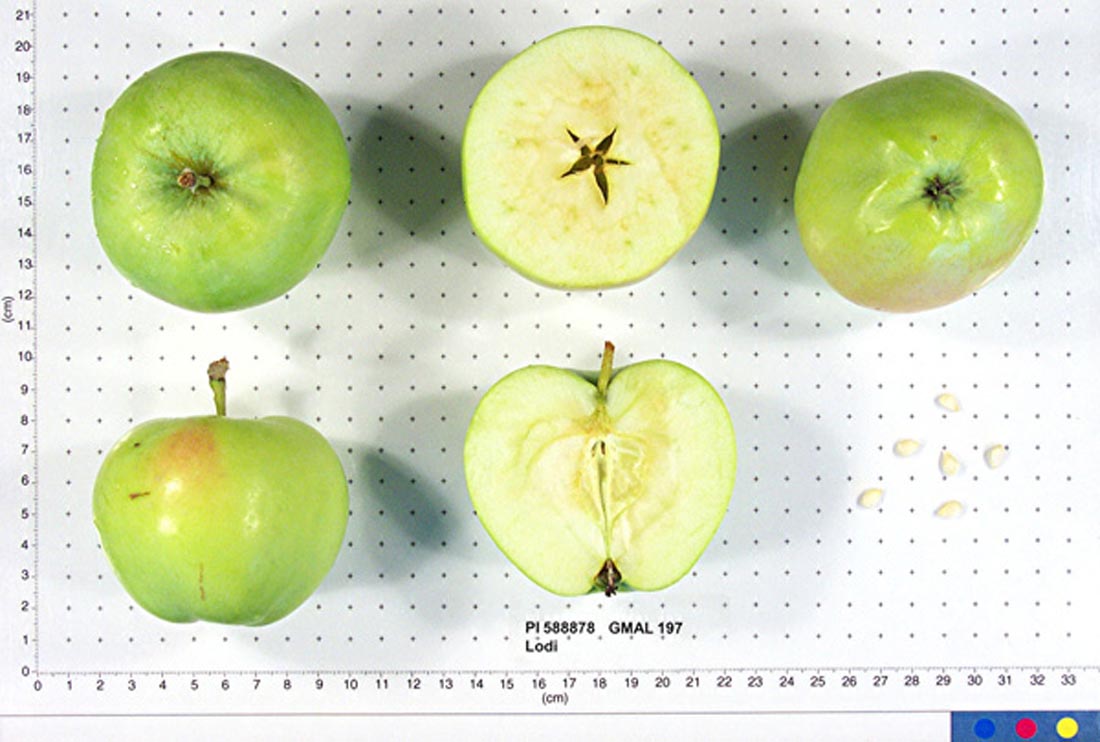 Identification: Small to medium size. Conic and lightly ribbed at the eye. Thick, greenish-yellow skin maturing to pale yellow, sometimes with a faint blush where exposed to the sun. Green lenticels are sparsely scattered and usually indented, visible when the apple matures to yellow. A bloom develops on the ripe fruit. The calyx is small and partly open, set in a shallow and narrow basin which is surrounded by a lightly and irregularly knobbed crown. The stem is long and moderately stout, set in a deep and wide cavity which is often russeted.

Uses: Good for pies and apple sauce when harvested slightly before ripeness. Cooks down quickly. Also makes a refreshing sweet juice. Can be frozen for later use.

Origins: Raised in 1911 from the pips of Yellow Transparent which were crossed with pollen from Montgomery by Richard Wellington at the New York State Agricultural Experiment Station in Geneva, New York (U.S.A.). Introduced in 1924.

Cultivation: Hardy, vigorous, upright spreading tree with drooping limbs. Partial tip bearer. It has a tendancy to produce every other year though this is easily managed by thinning after fruit set. Crops are heavy. Tolerates Hardiness Zones 2 to 8.

Ploidism: Diploid. Self fertile but produces the best crops with the availability of compatible pollen from another tree.

Cold storage: Does not store well, going mealy quite quickly.

Vulnerabilities: Resistant to mildew, but susceptible to scab.

Harvest: In the first half of the third period.