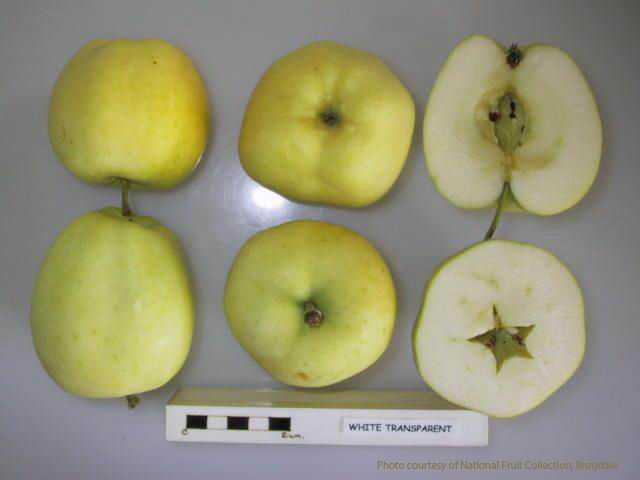 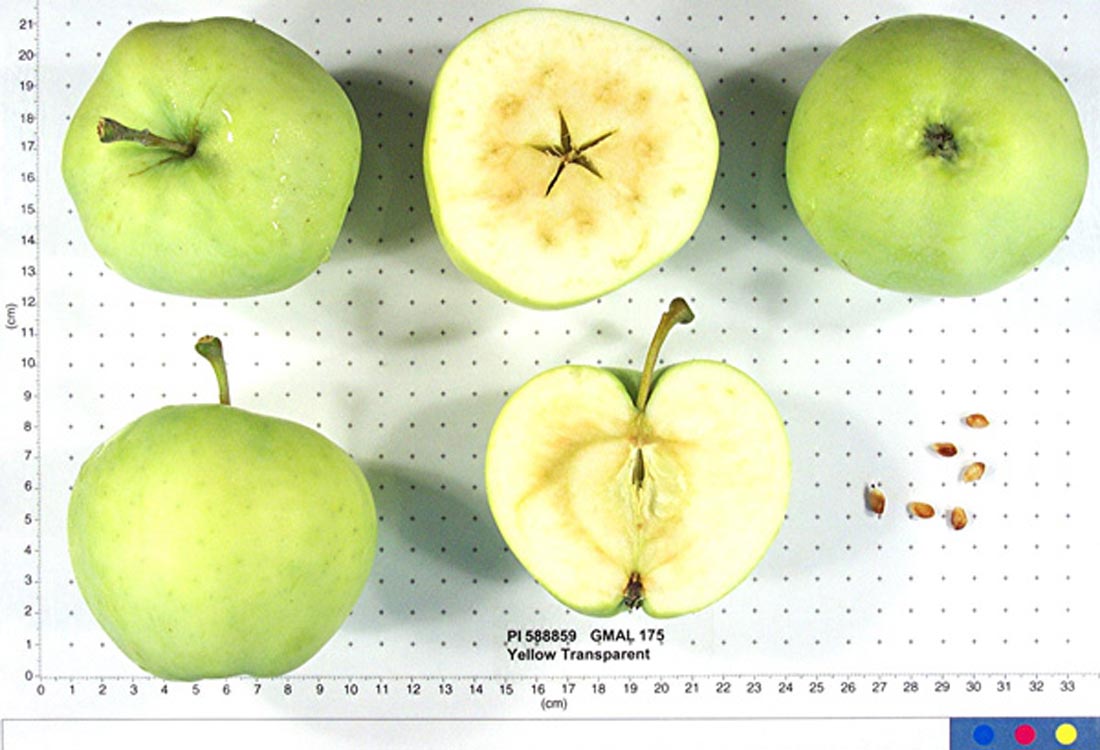 Identification: Medium to very large size, somewhat conical and heavily ridged at the calyx basin.; often asymmetric. The smooth skin is very thin and pale greenish yellow maturing to yellow, over which are some patches of thin russet and an abundance of russet lenticels. The stem is medium long, stout and set in a medium deep, somewhat narrow and russetted cavity. A slight greasiness develops on the skin as the fruit ripens.

Uses: This early cooking apple makes excellent apple sauce and is in fact harvested a little bit under ripe for more tartness to this purpose. Often used for pies as well.

Origins: The world’s best known summer apple was found growing as a wild seedling of unknown parentage sometime during the early 1800s in the Baltic region of northern Europe and subsequently propagated by the M. Wagner nursery of Riga (Latvia). In 1852, nurseryman André Leroy of Angers (France) purchased a number of young trees from M. Wagner and, in 1870, the variety was introduced to North America.

Cultivation: Moderately vigorous and upright tree tending to spread after a few years with weeping branches. Bears fruit on short, spur-like branches. Early blooming makes it susceptible to late frost. Also, it needs to be thinned after fruit set in order to manage its tendency to bear biennially. . Tends to start bearing quite young and produces consistently heavy crops.

Ploidism: Partially self-fertile but crops best in the presence of a viable source of pollen.

Notes: This apple was found growing extensively around Moscow when Napoleon invaded Russia.

Cold storage: Turns soft quickly after picking and becomes woolly and dry within a few days.

Vulnerabilities: Resistant to rust, scab but susceptible to blight and mildew.

Harvest: Ready for harvest early in the third period, 75 to 90 days after petal fall. The fruit has a tendency to drop as it ripens.