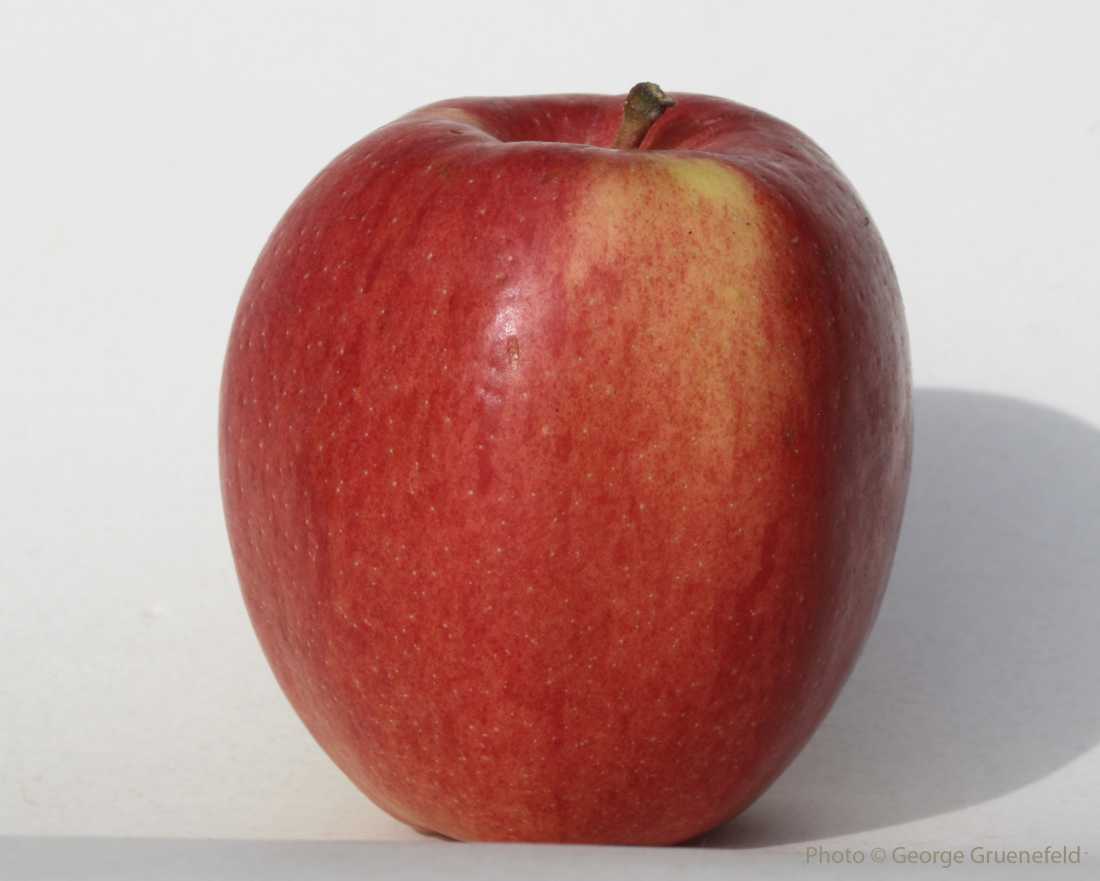 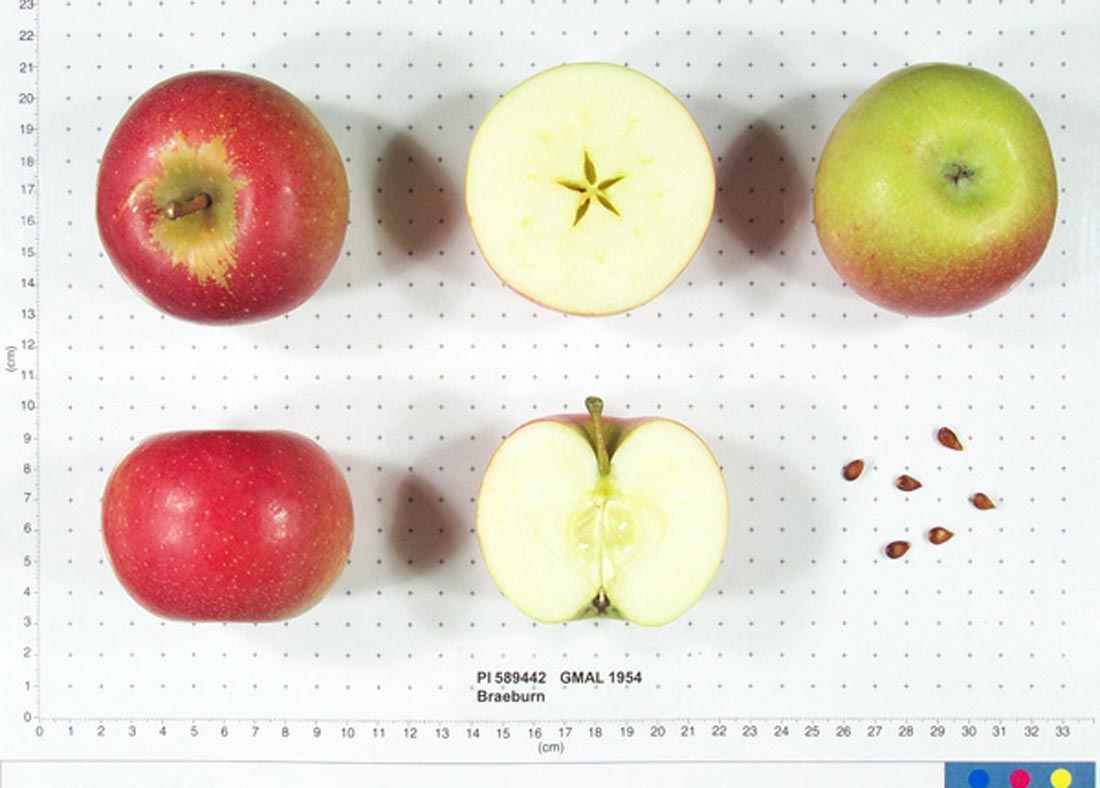 Identification: Medium to large size and conic in shape. Smooth, clean skin. Red striped on top of a yellow background. The stem is medium long and set in a deep, funnel-shaped cavity.

Characteristics: Crisp and juicy with pale cream flesh. The flavour is sharp and refreshing with a background sweetness. Look for pear-drop flavours.

Uses: A first class dessert apple under good growing conditions. Good for apple sauce, but goes too soft for use in pies. Also good for making apple juice.

Origins: It is believed to be a chance seedling of Lady Hamilton , possibly pollinated by Granny Smith , found by O. Moran in the mid-1900s near Nelson on New Zealand's South Island. The Braeburn Orchards operated by William Brothers subsequently grew it commercially. It was an almost instant success, accounting for about 40% of New Zealand's production.

Cultivation: It is best suited to warm, sunny areas and long hours of sunlight. The tree is vigorous and tends to spread, crops fairly young. It requires a minimum of 500 hours of chill below 7 degrees Centigrade in addition to long, hot summers to mature fully. It has a tendency to produce biennially unless thinned aggressively every year. The fruit holds well at harvest.

Ploidism: Self fertile but produces the best crops in the proximity of a suitable pollen donor.

Cold storage: Keeps for up to four months but, while the flavour holds, the texture becomes mealy and dry when stored too long.

Harvest: Ready for harvest in the latter half of the fifth period, 160 to 170 days after petal drop.

Synonyms: Marketed as Kanzi which is Swahili for "hidden treasure." 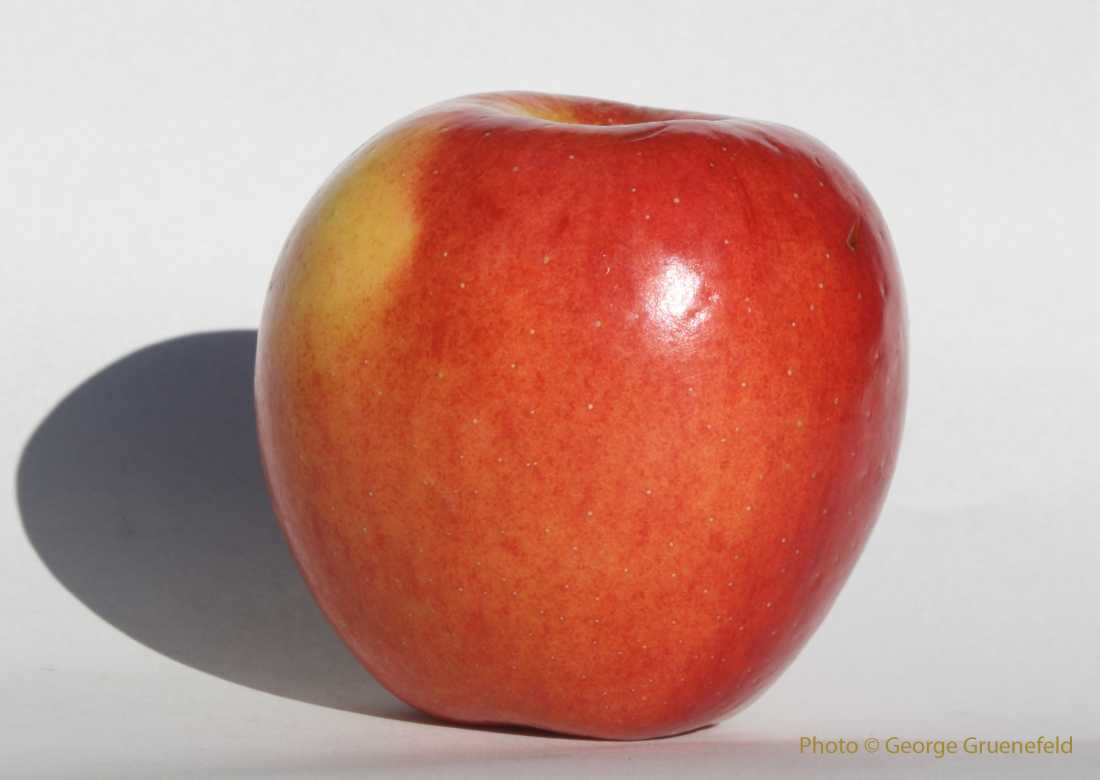 characteristics: Flesh is butter-yellow, dense, crisp and juicy with a touch of tartness and plenty of sweetness. Properly ripened apples will have a distinct pear drop flavour. ...

characteristics: Flesh is cream coloured, firm, crisp and juicy with a pleasant acid balance. Once exposed to air, it oxidizes very slowly. 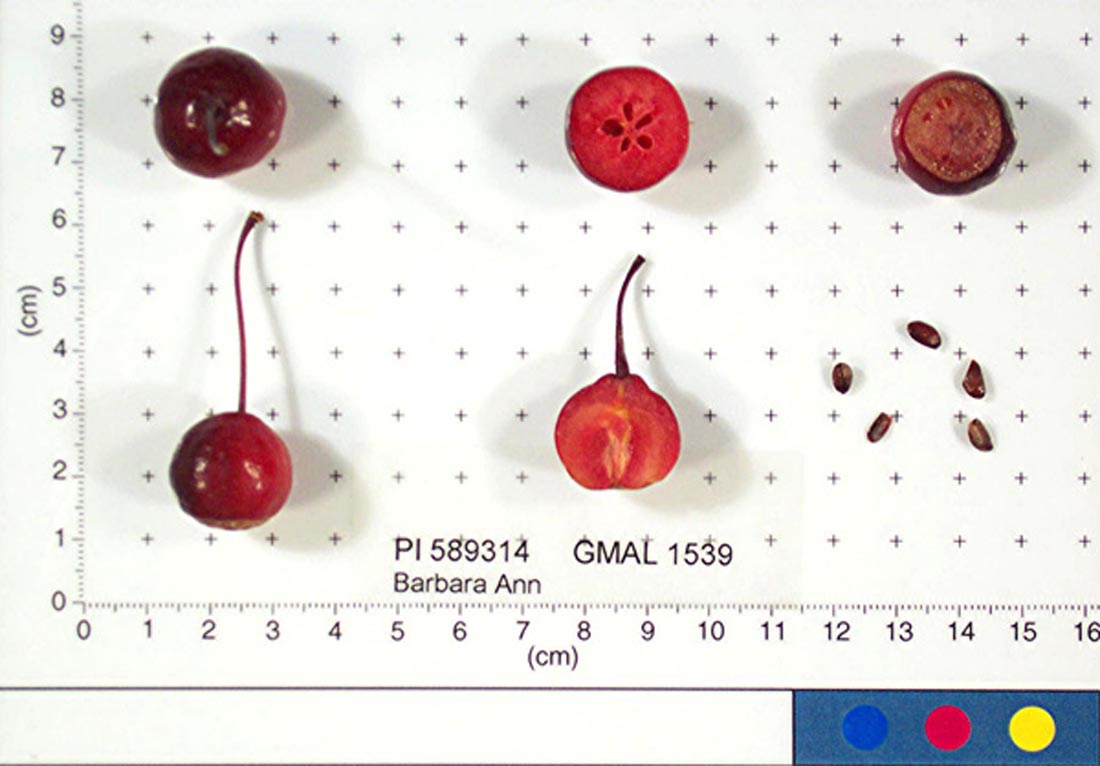