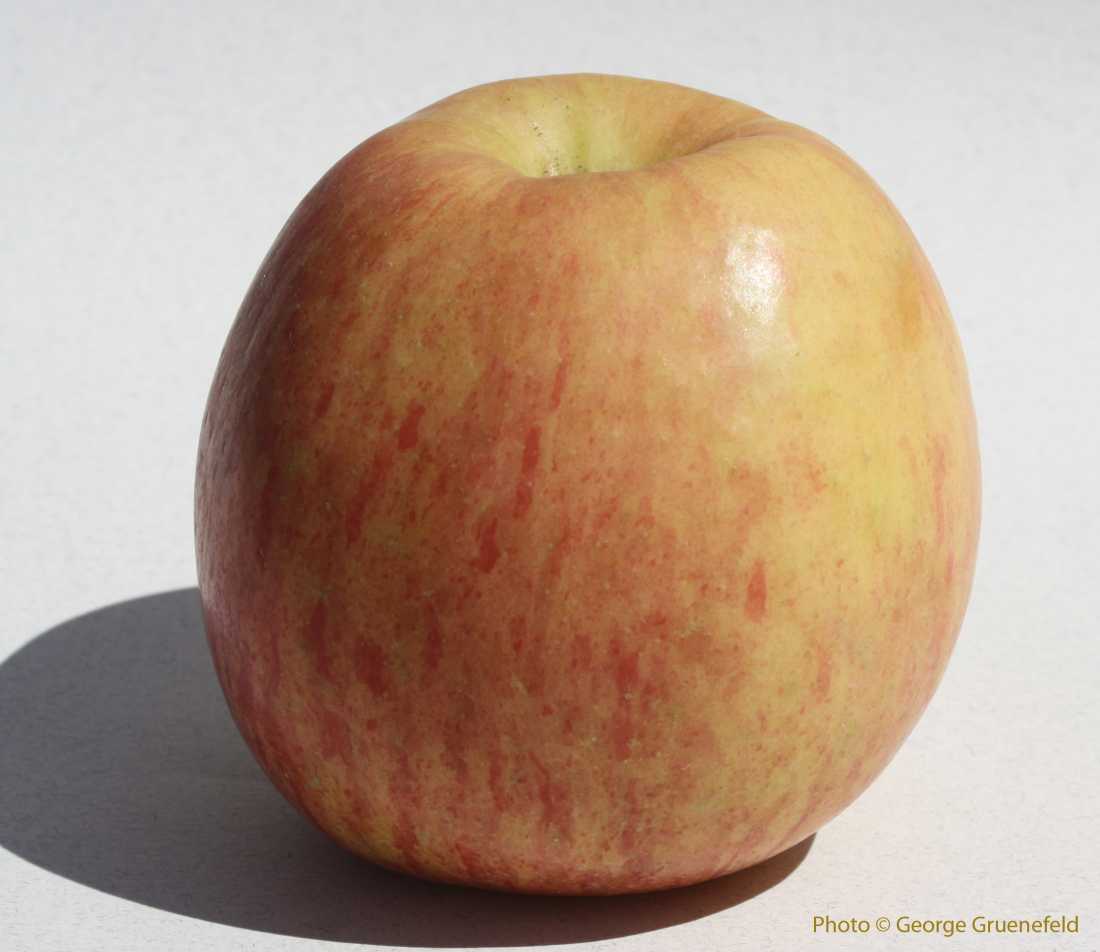 Summary: A cross of Stark Delicious s and Ralls' Genet , the Fuji is among among the best known apples today. The Fuji is highly prone to sprouting mutations, especially colour mutations of which more than 120 strains have been recorded.

Identification: Medium size, slightly conical, occasionally ribbed around the eye. Tough-skinned. A yellow-cream background over which is a profusion of pink broken stripes. Colour can range from light pink to intense pink. However, there are many mutations of this apple and the colouration can vary considerably. Also, some orchards bag the fruit during the growing season to encourage a pink blush. Lenticels are small, russetted and scattered across the entire apple The stem is medium long and slender, set in a deep and somewhat narrow basin.

Origins: Developed at the Tohoku Research Station in Fujisaki, Aomori Precinct in northern Japan, in 1939 by crossing Stark Delicious and Ralls' Genet (called Kokkou in Japan). Introduced in 1962.

Ploidism: Partly self fertile but does best with a source of compatible pollen nearby. Note that this varietal and its mutations cannot cross pollinate each other.

Notes: Contrary to common belief, this apple is named after the town of Fujisaki rather than Mount Fuji, located 600 kilometres to the south. Currently the world’s foremost producer of apples, China grows about 20 million tons of apples a year of which about 80 per cent are Fujis.

Cold storage: Keeps for up to six months, sometimes more. 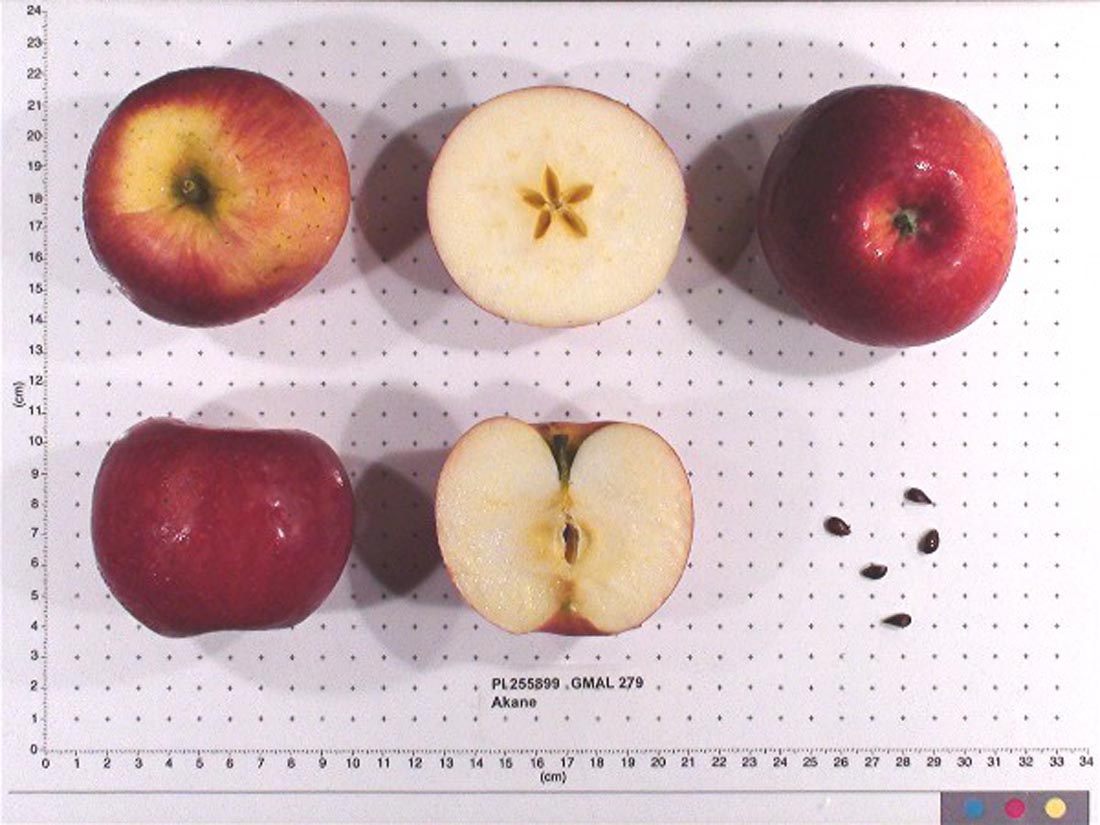 summary: Developed in the mid-1900s in Japan, this apple is best known as the Akane and Primrouge. 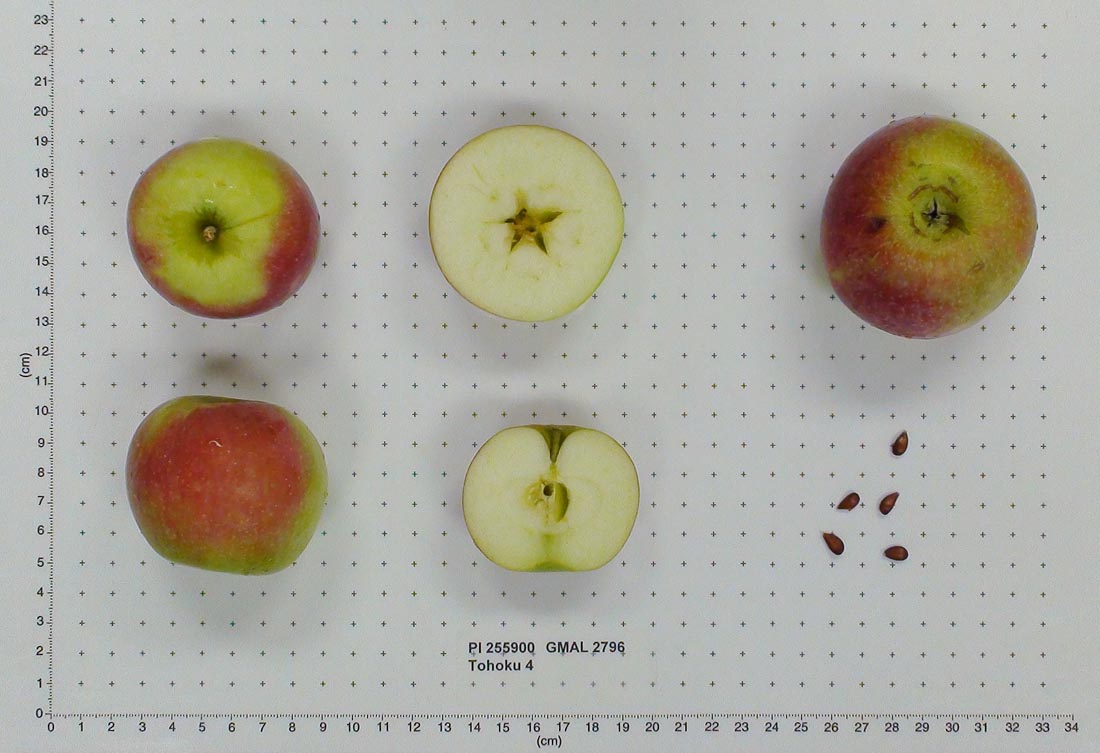