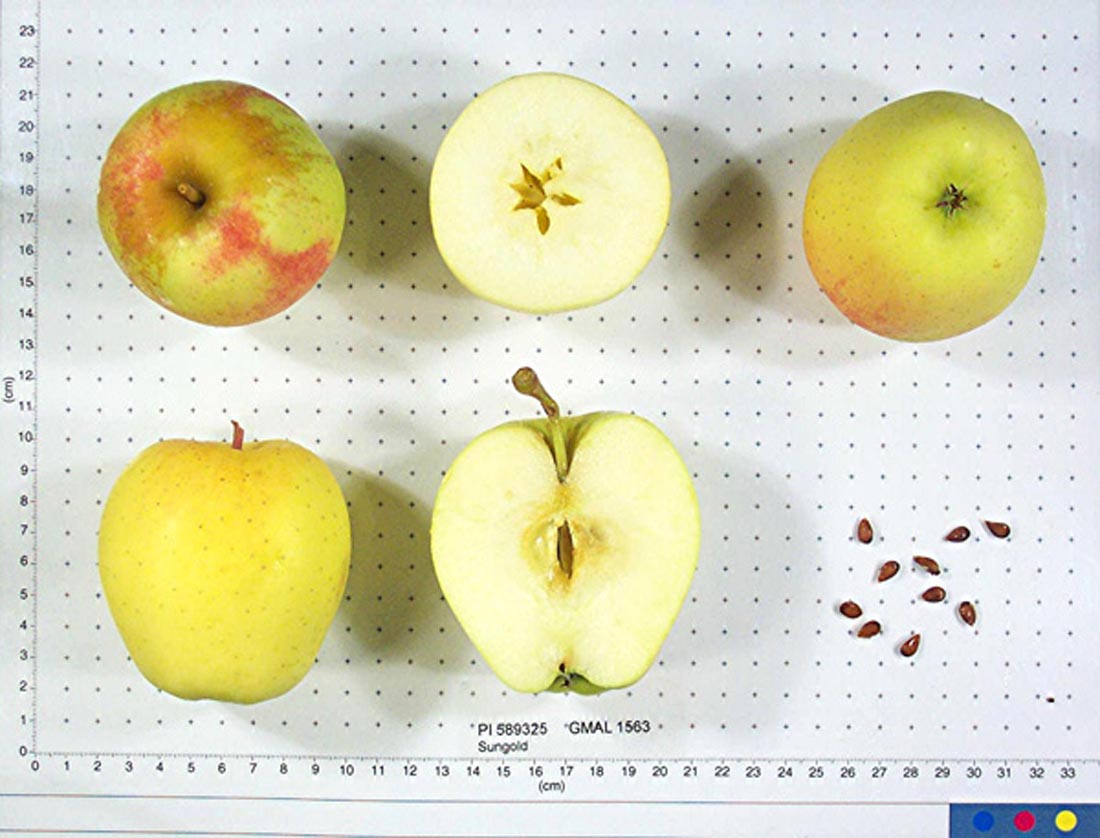 Identification: Medium tending to large size. Oblong to oblong conic. yellow to golden yellow, sometimes with a pale orange blush on the sun exposed face. The eye is small to medium and open with long slender petals, set in a somewhat shallow and narrow basin which is often surrounded by a prominently knobbed crown. The stem is very long and slender, set in a deep and narrow cavity which can be russetted. Scattered russet lenticels, predominantly toward the stem end.

Origins: A chance seedling believed to be Golden Delicious crossed with Delicious. Found in 1960 by Alfred and Anthony Caggiano of Bridgeton, New Jersey (U.S.A.). Introduced in 1963.

Notes: Resembles a Golden Delicious but with less russeting.