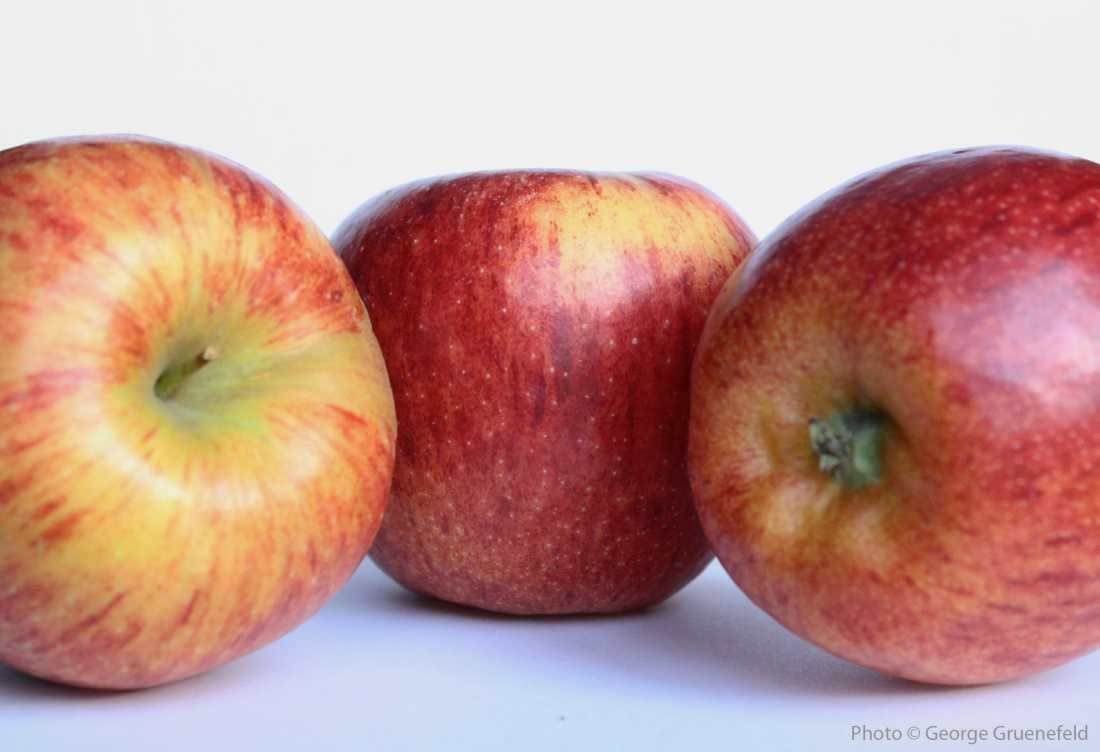 Synonyms: Marketed under the name Envy.

Identification: Medium size, conic and faintly ribbed, crowned but with no discernable knobs. The base colour is yellow, which is washed to about 70% of the surface with red over which are darker red stripes. Some patches of russet. The lenticels are medium size and moderate in number. The stem is medium long and slender and set in a shallow, wide cavity.

Characteristics: The flesh is yellowish, coarse-grained and quite crunchy. Very sweet, very juicy with moderate tanginess and hints of cream, banana and ending with sweet green peas. Resists browning for six hours of exposure to air. The skin somewhat tough, yet the apple bruises easily.

Uses: Bred and marketed as a fresh-eating, supermarket variety.

Origins: Developed in 1985 by the Horticulture and Food Research Institute of New Zealand at Havelock North, Hawkes Bay (New Zealand) by crossing Royal Gala and Braeburn. It was released under licence to orchardists in 2009 by ENZA under the name Envy.

Cultivation: Moderately vigorous, spreading tree. Needs to be staked to avoid breakage. Bears on both spurs and shoots. Fruit set needs to be thinned to get the prescribed fruit size.

Vulnerabilities: Resistant to most diseases.

Harvest: Ready for harvest in the middle of the FOURTH period. 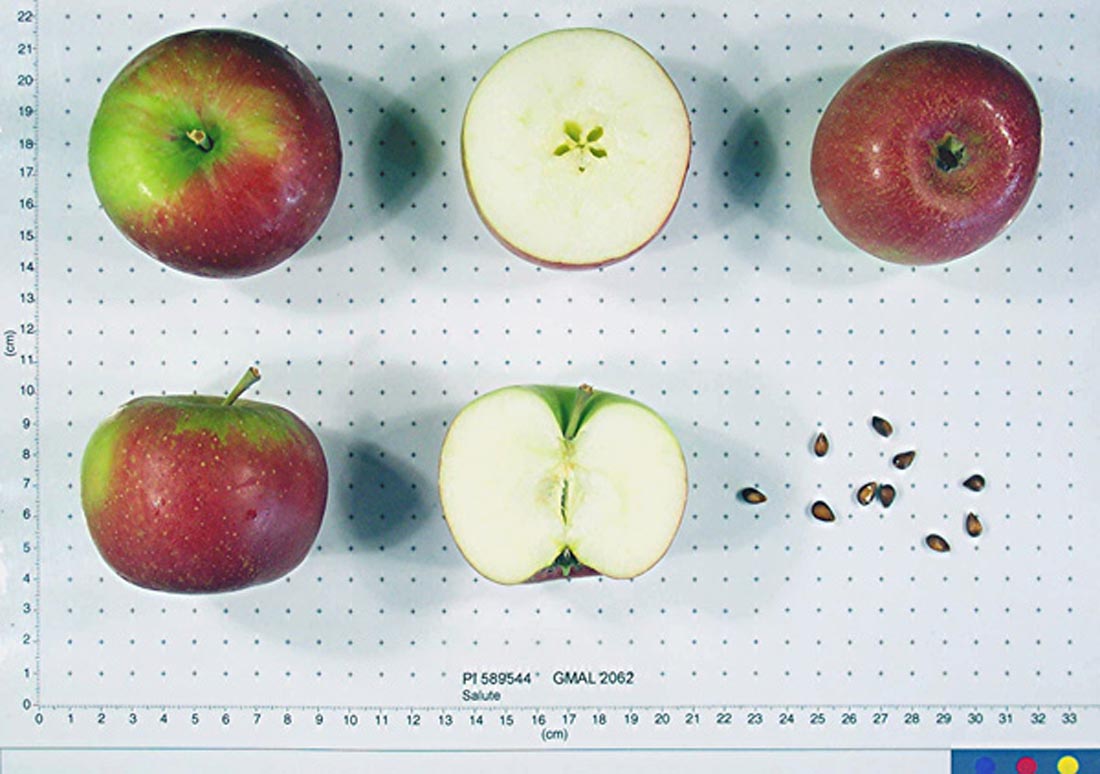