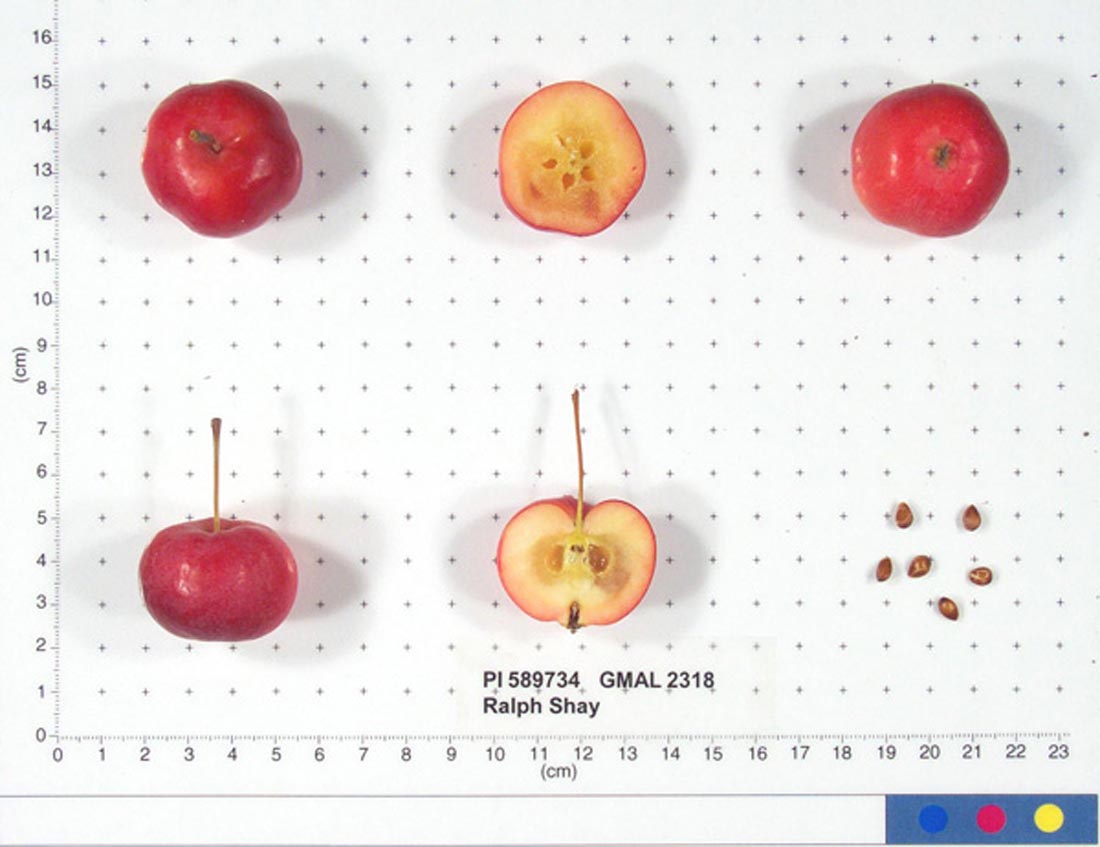 Identification: Small, generally round to round-flattened, somewhat ribbed faces and about the size of a walnut. The base colour is yellowish, over which is a bright red wash that can cover the entire fruit. The stem is very long and slender, set in a shallow, wide basin. The calyx is small and closed, set in a slightly raised mound. A slight bloom develops on the skin as it matures.

Characteristics: The flesh is a pronounced creamy yellow. Tart and somewhat bitter. Browns quickly on exposure to air.

Uses: Ornamental. However the fruit is edible and frequently used for making apple jelly.

Notes: A good source of pollen for most compatible apple varieties but only marginally productive for MN 1711 .

Harvest: Matures late in the fifth period. Fruit hangs well through most of the winter.

Foliage: Yellow in the autumn.