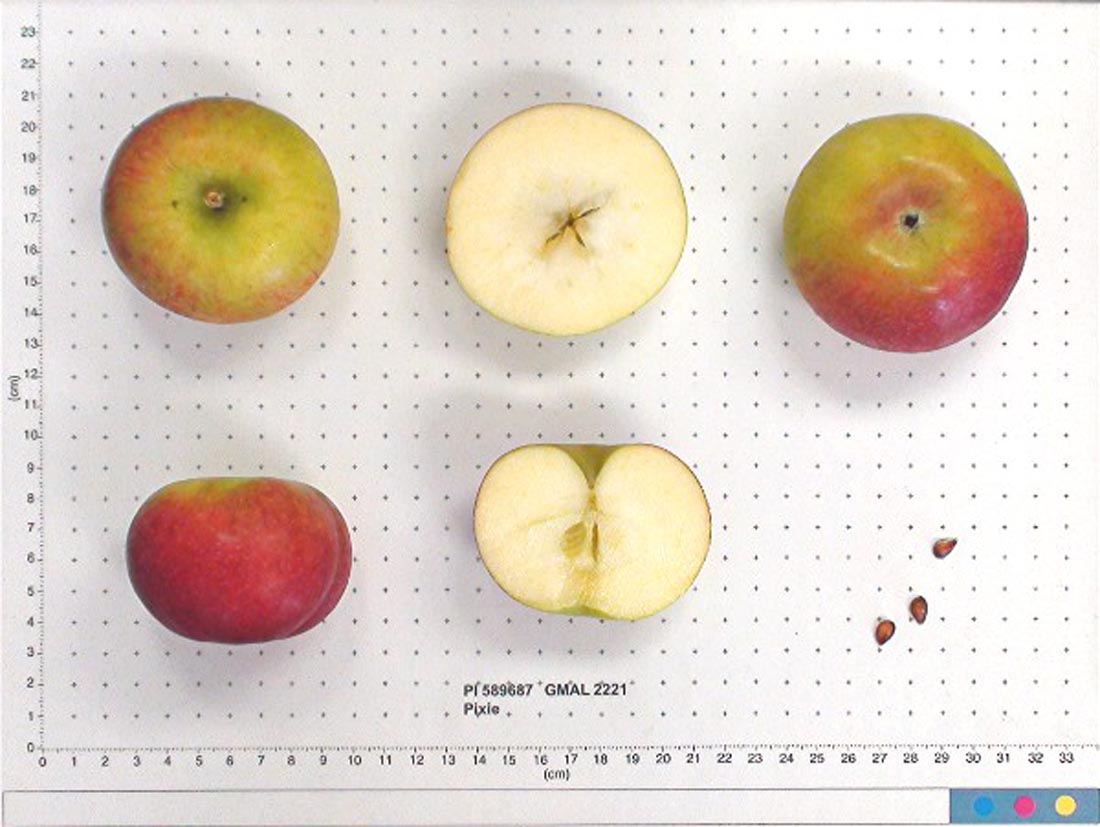 Summary: Sometimes confused with the Pixie Crunch ( Co-op 33 ) which was created by Purdue University and is a Golden Delicious progeny.

Identification: Small to medium size, round-flattened. The base colour is green maturing to golden yellow over which is a bright red wash marked with fine red stripes that covers the sun-exposed face. The calyx is medium size, partly open and set in a moderately wide and moderately deep basin which is lightly ribbed. The stem is medium length and medium thickness, set in a deep and funnel-shaped cavity which is lightly russeted.

Characteristics: Flesh is creamy white, crisp and juicy with considerable sharpness and highly aromatic. The sharpness mellows with storage.

Origins: A seedling from either Cox's Orange Pippin or Sunset (which is itself a progeny of Cox's Orange Pippin) raised by N. Potter of the Royal Horticultural Society (U.K.) in the 1940s. Released in 1947 and it received an Award of Merit from the R.H.S. in 1970.

Cultivation: Moderately vigorous, spreading spur bearer. Crops well, but tends to overcrop and produce undersize apples if some of the set fruit is not removed after blossom. Does well in small spaces on dwarfing root stocks.

Vulnerabilities: Resistant to scab and mildew.