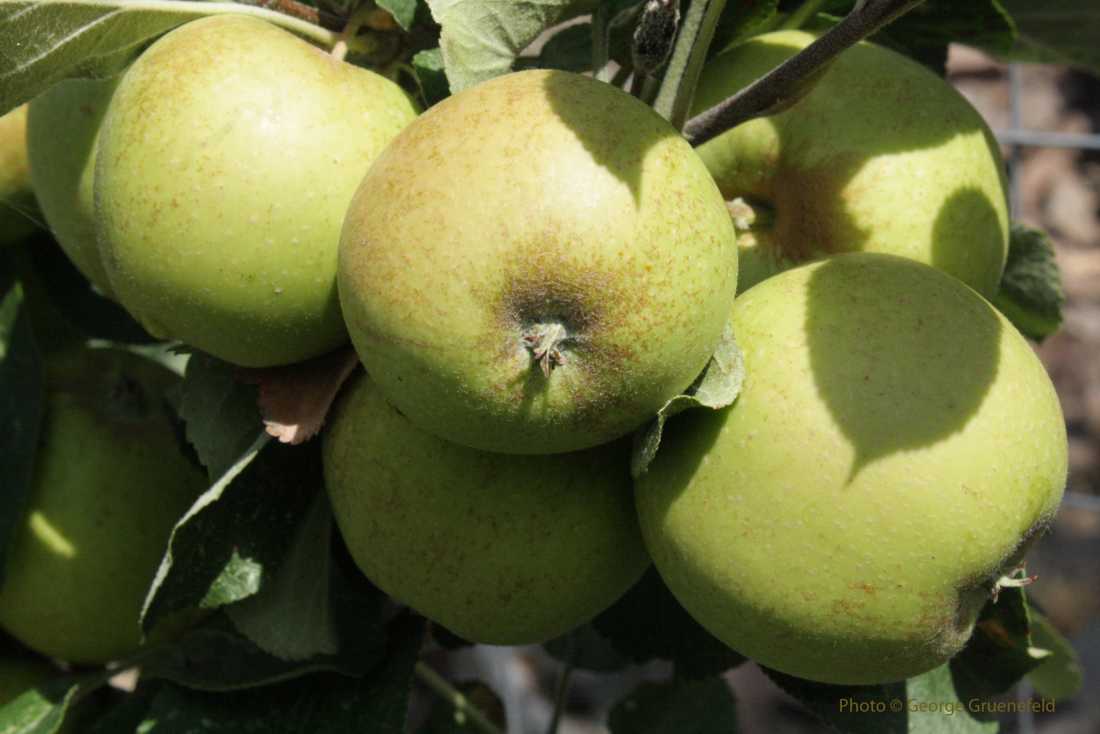 Summary: A bittersweet, vintage cider apple raised from a seed during the early 1800s in France. Produces a full-bodied, fruity and robust cider, thanks to high levels of tannin and sugar. Blooms late and ripens early.

Identification: Small to medium size. Round, conic. The base colour is yellow, sometimes flushed orange on the sun-exposed face and marbled with a brownish russet which is most intense on the sun exposed face. The stem is slender and medium long, set in a narrow and moderately deep cavity.

Uses: Presses into a sweet, astringent juice to produce a bittersweet cider. Thanks to the sweetness of the apple itself, the alcohol content is generally high enough that it needs no sweetening for fermentation. Considered vintage quality.

Origins: Described by Auguste Truelle in the "Atlas des meilleures variétés de fruits à cidre" (published 1896) the Médaille d'Or was grown from seed by nursery owner Godard of Boisguillaume, Rouen (France). The noted contemporary cider maker Claude Jolicoeur pegs the date of its origin in his “The New Cider Maker's Handbook” (published 2013) stating that “The Médaille d’or apple was obtained in 1865 from a seed planted by Mr. Godard near Rouen in Normandy.” It was and still is widely grown in the Seine-Inférieure region and has become a respected cider apple worldwide. A measure of that popularity stems from its 1884 introduction to Britain by the Woolhope Naturalists' Field Club.

Notes: Considered vintage quality. Very pale must with higher-than-normal alcohol content. Frequently boasted to produce apples with Brix over 23.5 but a more realistic level is in the Brix 12.5 range, sometimes climbing to 15.0. The tannins typically range from 4.4 to 6.4 grams per Litre. Somewhat cold hardy, it marginally tolerates Hardiness Zone 4 but does better in Zone 5 or higher.

Cold storage: Does not keep well but should be sweated for two to three weeks before use.

Vulnerabilities: Resistant to scab but prone to fireblight.

Juice character: Presses into a sweet, astringent juice to produce a full bittersweet cider. Can be used for a single varietal cider, but also suitable for blending.