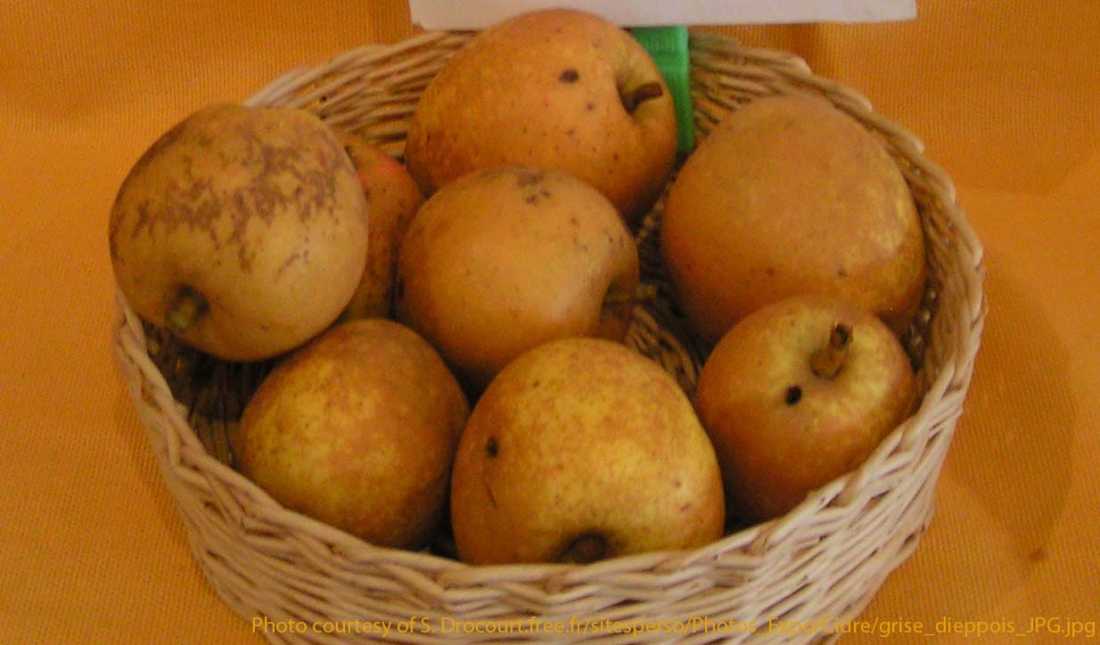 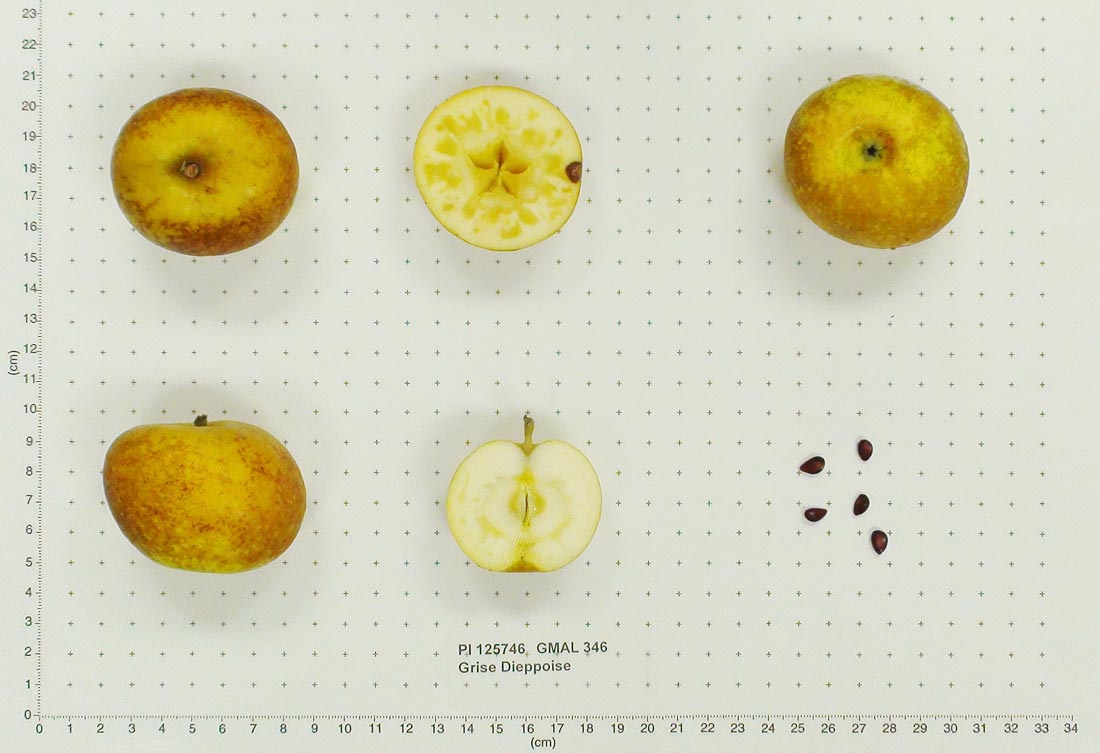 Summary: A cider apple that originated in France in 1875. Rated as a cider apple rich in sugar content and usually used for blending. Similar in shape and size to the Médaille d’Or .

Identification: Small to medium, round conic. Yellow almost entirely covered with a network of russet. Scattered red lenticels are located on the sun-exposed face. The stem is short and stout, set in a narrow and shallow cavity. The calyx is small and partly open, set in a shallow, narrow basin.

Characteristics: The flesh is white and very firm. Sweet and tannic. Aromatic.

Uses: Cider. Too bitter for other purposes.

Origins: Described by Auguste Truelle in his "Atlas des meilleures variétés de fruits à cidre" (published 1896) as having been grown by nurseryman Dieppois of Yvetot (France) in 1875.

Cold storage: Does not store well, but needs to be sweated for two to three weeks to fully develop its character.