King of the Pippins

Identification: Small, round and oblong conical in shape. Sometimes lopsided. Yellow skin over which are reddish orange blushes, broken red stripes, frequently with russetting at the stem end. The stem is short and stout, the calyx large and open in a moderately shallow basin.

Characteristics: Flesh is off-white, firm and fine-grained. Crisp, juicy and pleasantly sweet-tart. Best almond flavour and sweetness develops when stored a week or two after harvest.

Origins: The breeding of this apple is open to conjecture. It originated in Normandy region of northern France during the 1500s and was known as the Reine des Reinettes. In the early 1800s, it was transposed to Britain where it went by the name of Golden Winter Pearmain. Then, along came nurseryman Kirk of Brampton who allegedly dubbed it the Queen of the Pippins, but a few years later Kirk listed an apple called King of the Pippins in his catalogues, allegedly in an effort to rebrand it. Considering the subtle differences in appearance, there is a possibility that the King of the Pippins is either a seedling of the Reine des Reinettes , or perhaps a mutation thereof.

Notes: There has been some confusion over this apple and the Golden Winter Pearmain . According to some references, these are merely different colloquial names for the same variety. Others, particularly Robert Hogg, considered this the true King of the Pippins, differing from the Golden Winter Pearmain in that the latter has a golden yellow base colour, no major russetting save for the lenticels and a much longer stem set in a russetted cavity. He gave its harvest period almost a month and a half later than the King of the Pippins.

Vulnerabilities: Resistant to scab and mildew, somewhat susceptible to canker

Harvest: Ready for harvest starting early in the fifth period 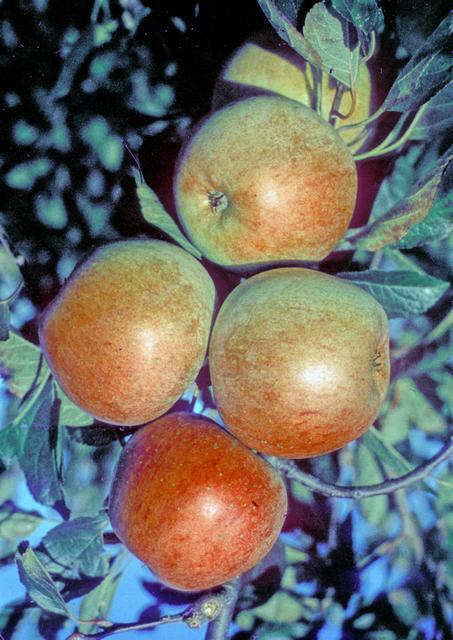 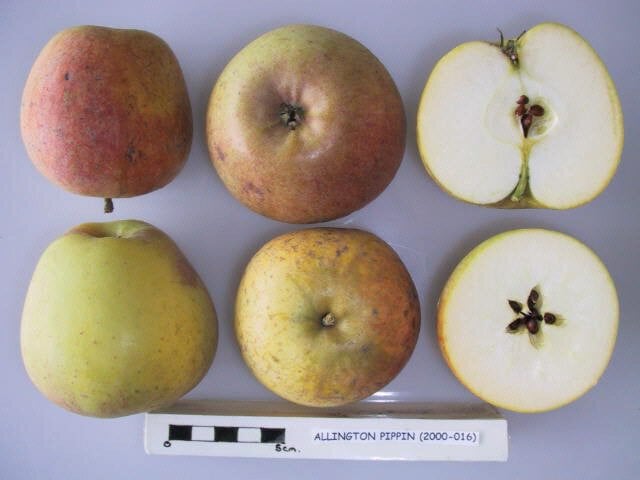 characteristics: Flesh is off-white, fine grained. Juicy with a rich, sweet-tart flavour, somewhat reminiscent of pineapple. The flavour tends to be somewhat harsh at harvest ...