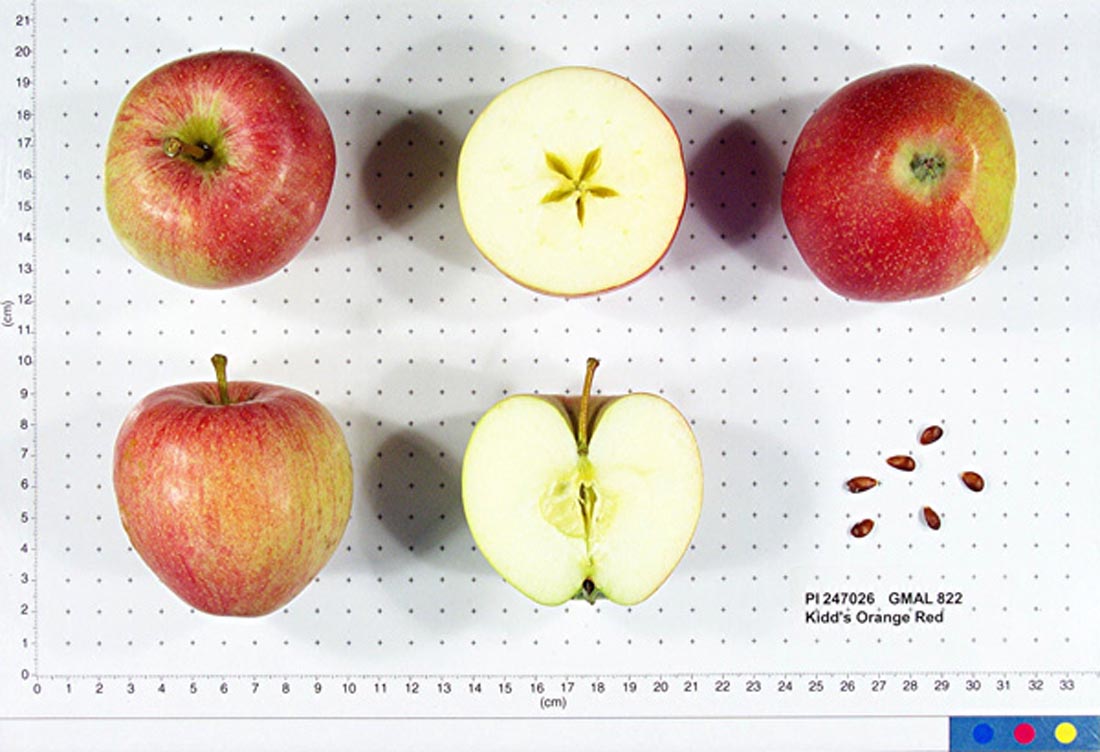 Identification: Medium size apple, slightly conic and lumpy. Skin color is yellow over which is an extensive orange red blush. Look for light russet networking and smallish lenticels. Just prior to ripening, there is often a pink blush over the fruit. The stem is medium length, medium thick.

Characteristics: The flesh is light cream coloured, dense and firm. Crunchy, very juicy. Aromatic, honeyed flavour and sweet, sweeter, in fact, than the Cox, thanks to the red Delicious parent. Leave it on the tree until fully ripe for best flavours.

Origins: Developed in 1912 by amateur apple grower James Hutton Kidd of Weirarapa on New Zealand`s North Island from a cross of Cox's Orange Pippin and Delicious. Originally known as the Delco (DELicious, COx). Hutton sold the propagation rights to a nursery in New Plymouth (New Zealand) in the 1930s and it was marketed under the name Kidd's Orange Red.

Ploidism: Partially self fertile but produces best with a pollinator.

Vulnerabilities: Scab and mildew resistant, but susceptible to canker.