Identification: Small to medium size and round, tending to round-conic with a slight crown. The skin is dull yellowish tan and extensively marked with a network of greyish russet and washed deep red on the sun exposed face. Lenticels are abundant and dark. The calyx is large and open, set in a shallow basin. The stem is short and stout, set in a basin that can vary from shallow to deep.

Origins: Like most Fenouillet type apples, this variety likely originated during the late 1500s in the Anjou region of southern France. It was listed by Pierre Le Lectier in his 1628 "Catalogue des arbres cultivés dans son verger" which listed all of the plants in King Louis XIII's huge estate at d’Orléans. An Aromatic Russet emerged in England in the mid-1800s which may well have been either a true Fenouillet Gris or an open pollinated seedling thereof.

Cold storage: Keeps up to four months in storage. 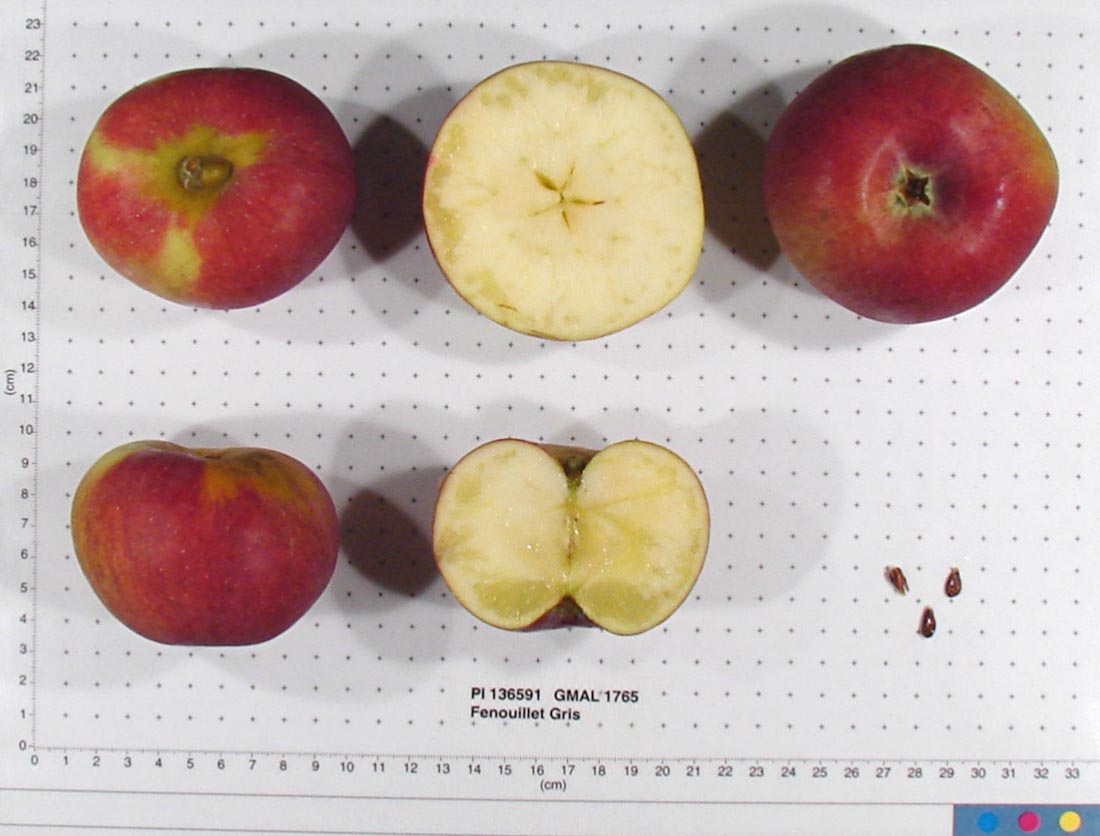 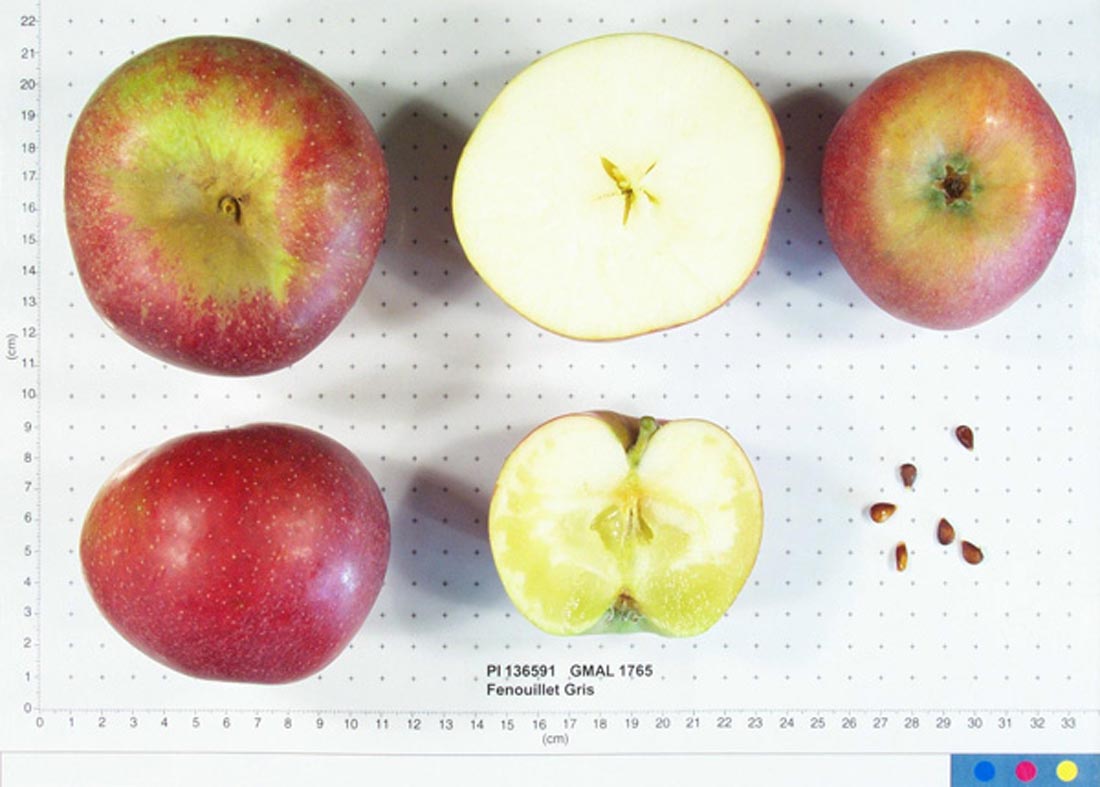