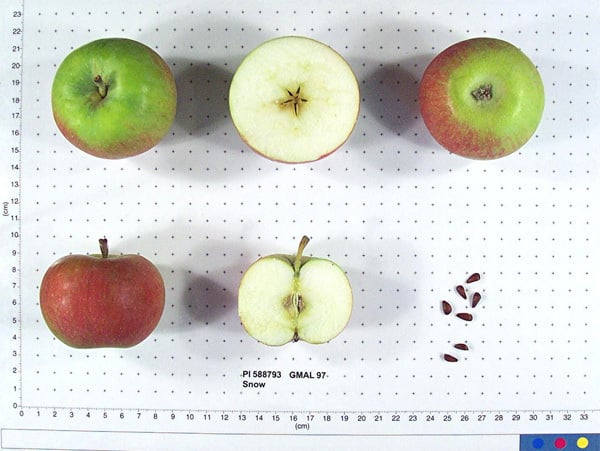 Identification: Small to medium size fruit, flat and round, sometimes slightly conic. The skin is glossy, pale yellow base colour over which is an extensive red wash which may cover the entire apple. The shaded face may have the base colour showing through. The stem is on the short side and set in a round and deep cavity. As far as appearance goes, this is a classic apple. It is important to be aware that, while this variety can be grown true to type from pips, not all the seeds brought to North America were necessarily from the same variety and that, today, considerable variation can be found in the appearance and characteristics of Fameuse apples. Which is the true Fameuse? That's a matter of perspective.

Characteristics: The flesh is white, occasionally streaked red under the skin. Soft and fine textured and melting. Juicy, tangy and sweet with a strawberry flavour.

Origins: While one school of thought maintains that the Fameuse was originated in North America, another suggests that they were grown from seeds of a "pomme a compote de Normandie" which were brought to North America by French settlers in the early 1700s. By the outbreak of the French-Indian War (1754 to 1763), almost all of the homesteads around Lake Champlain in what is now the province of Quebec (Canada) and the states of Vermont and New York (U.S.A.) had Fameuse apple trees. Many of the homesteads were burned down during that conflict, leaving only the fireplace chimney standing upright. Hence the name Chimney apples. There is a suggestion that this variety stems from a similar variety under the name of Pomme de neige which was apparently grown in France, but the contemporary pomologist André Leroy maintained that this was actually the Calville de Neige, another variety entirely. Spencer Beach in "The Apples of New York" (1905) states that, in all probability, the Fameuse arrived in North America as a pip which was planted and further spread through its seeds.

Progeny: This is thought to be the parent of one of North America’s most popular apples—the McIntosh .

Notes: It is one of the few apples that can be grown from seed with a high likelihood of producing true to the parent.

characteristics: The flesh is white, crisp. Very sweet and, when cut open, it has a distinct aroma of bananas. 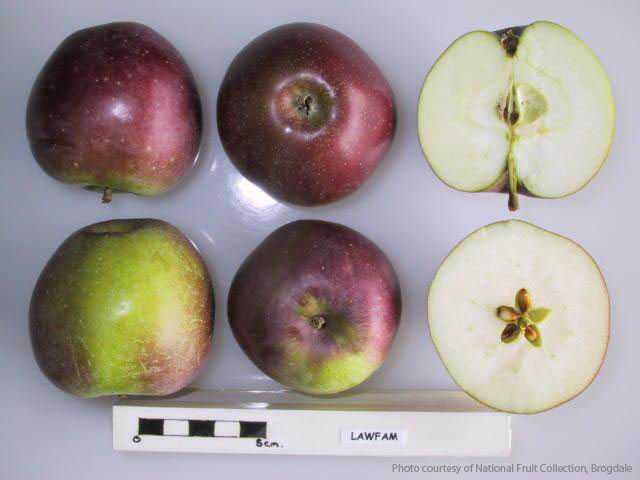 characteristics: The flesh is yellowish, often with red stains. Firm, crisp, and fine textured. Juicy, sweet, only slightly tart and aromatic with hints of strawberry. 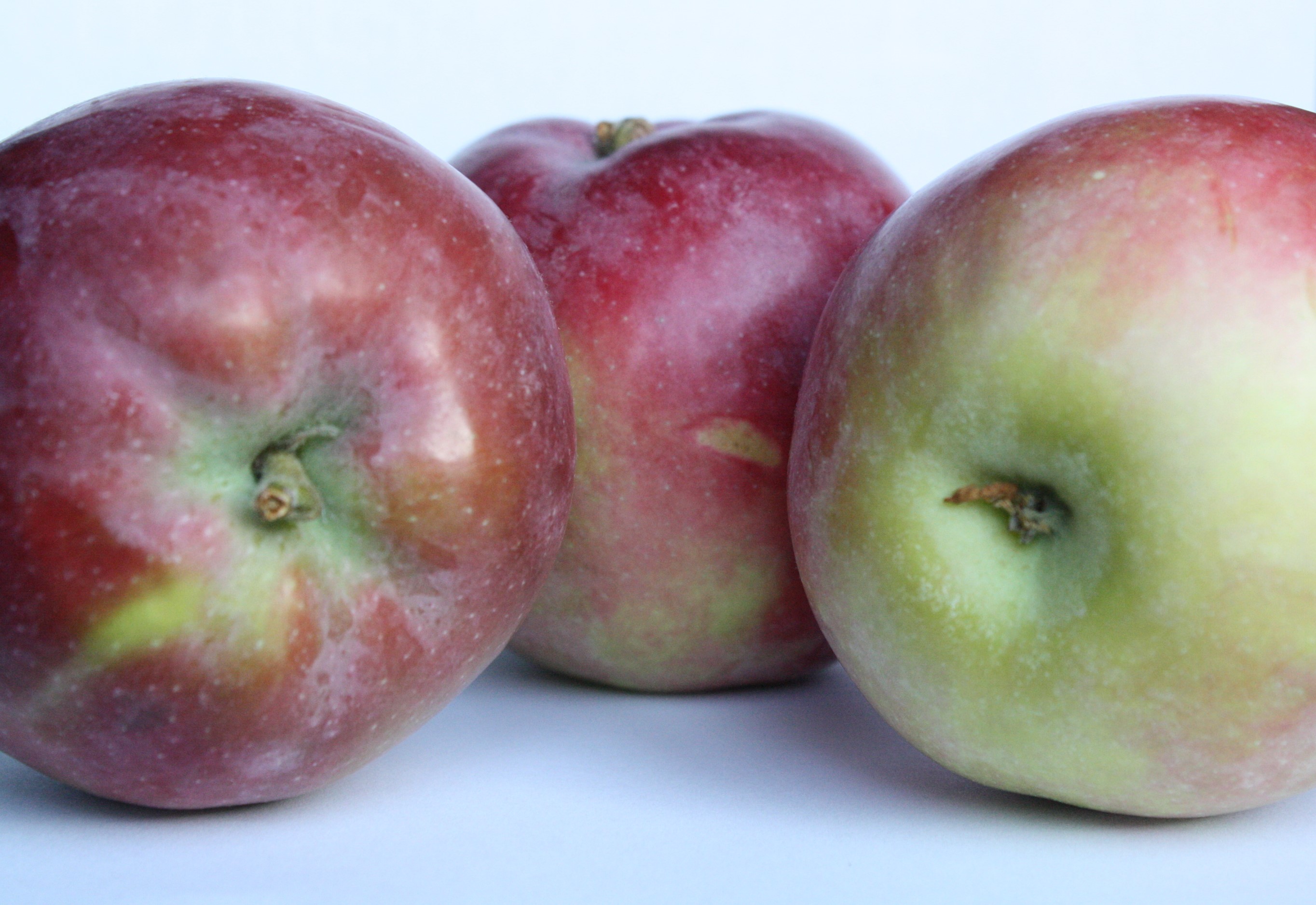 characteristics: Flesh is bright white stained red next to the skin, crisp, mildly tart, quite sweet and tasting somewhat of elderberry and spice. Tends to lose its tartness in ...