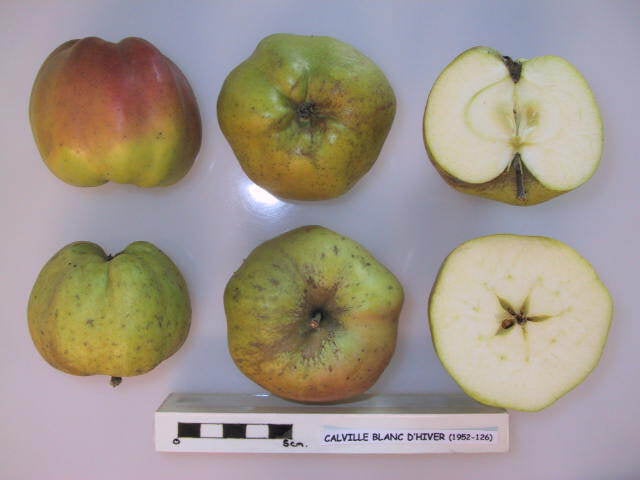 Identification: A medium large to large, squat apple, five-crowned, misshapen and lumpy with distinctly angular faces. The skin is smooth, pale green to pale yellow with reddish blush on the sun side, but it turns progressively yellow in storage. Brown lenticels and some thin greyish russet spots. The stem is short, slender and set deep in an angular cavity which is lined with russet.

Uses: Dual purpose. This is the quintessential ingredient for French apple tarts. Aside from its wonderful flavour and sharpness, it holds its shape well when baked. It is also recommended as the sharp component for cider and cider vinegar. Juice made with this variety has exceptionally high levels of Vitamin C, roughly three times that of most other apple varieties. Also a good eating apple if allowed to mature adequately.

Origins: Originated in Europe in the late 1500s and thought to be either French or German. The name comes from the town of Calville in France's Normandy region. It was first documented in 1598 as the Blanche de Zurich and is said to have been grown in the gardens of France's King Louis XIII. The first known reference to its current name was by Lelectier in 1628.

Cultivation: Vigorous, upright spreading tree with a tendency to have droopy branches like a willow tree. Starts to bear fruit quite young and produces large crops annually. Prefers warmer climates and responds well when grown next to a sunny wall. Needs long, hot summers.

Notes: The Calville was grown in the gardens of France’s King Louis XIII at Orleans in 1627 and by then-American President Thomas Jefferson at Monticello in the 1770s. Claude Monet’s 1880 painting entitled "Apples and Grapes" depicts two kinds of apples; those on the left are Calvilles.

Cold storage: This apple needs to be stored for about a month before it reaches its maximum flavour. It keeps well for up to four months.

Vulnerabilities: Somewhat susceptible to scab and prone to mildew. 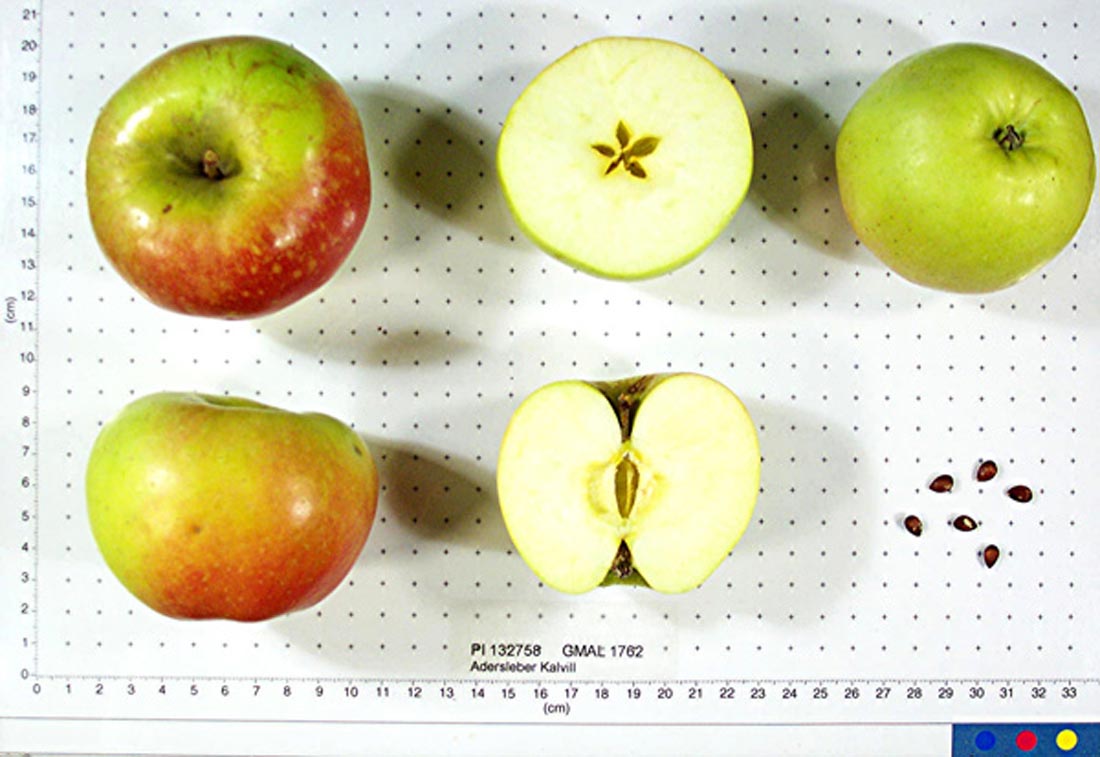 summary: Developed in the 1840s, this calville style apple is juicy and sweet with just a touch of refreshing tang. 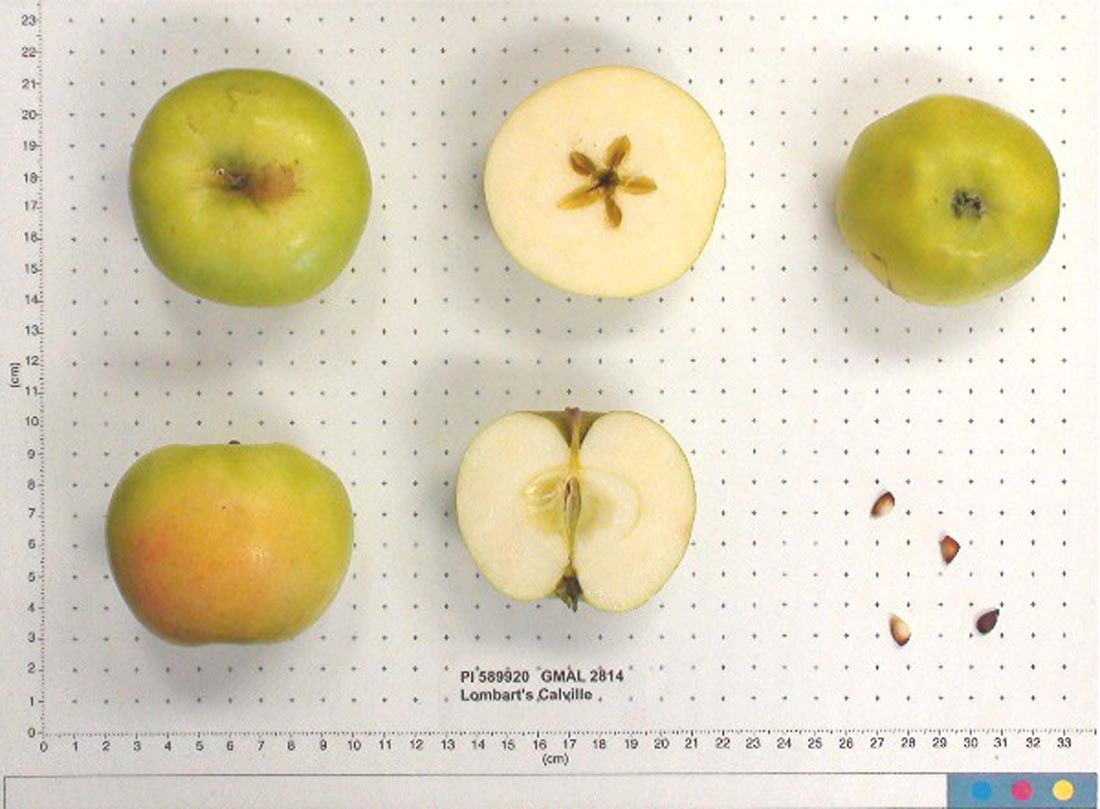 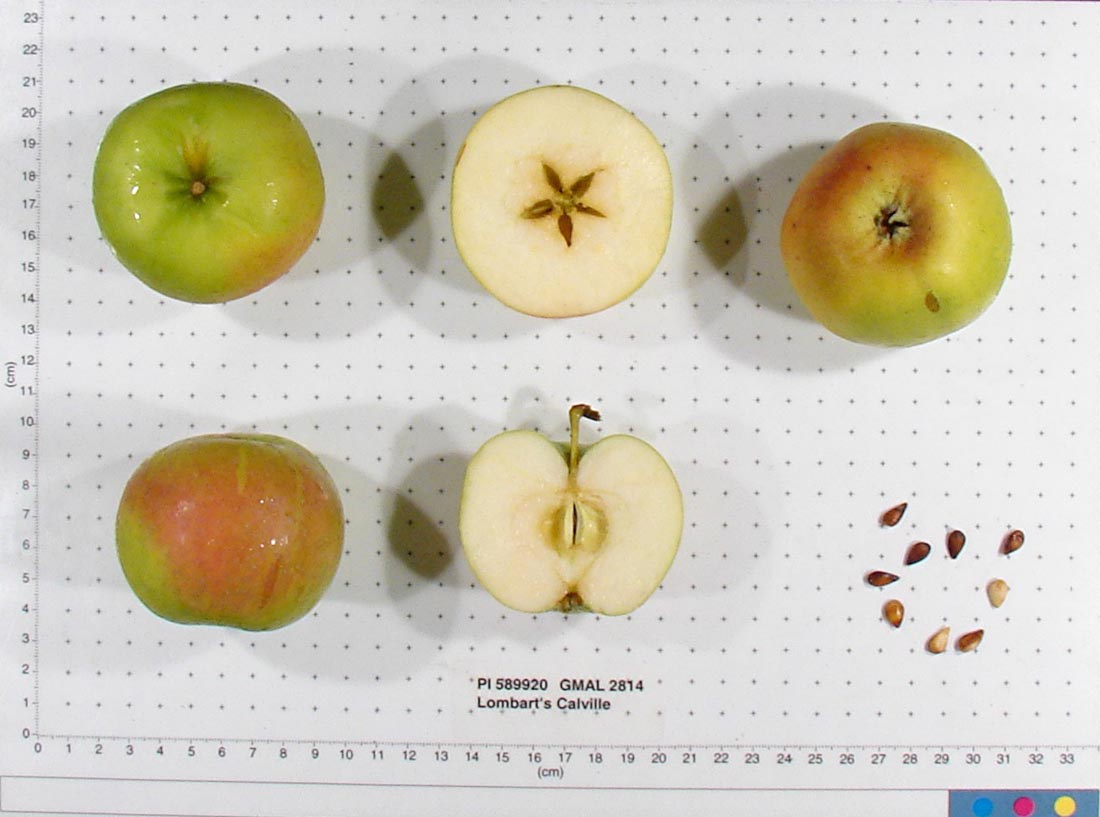