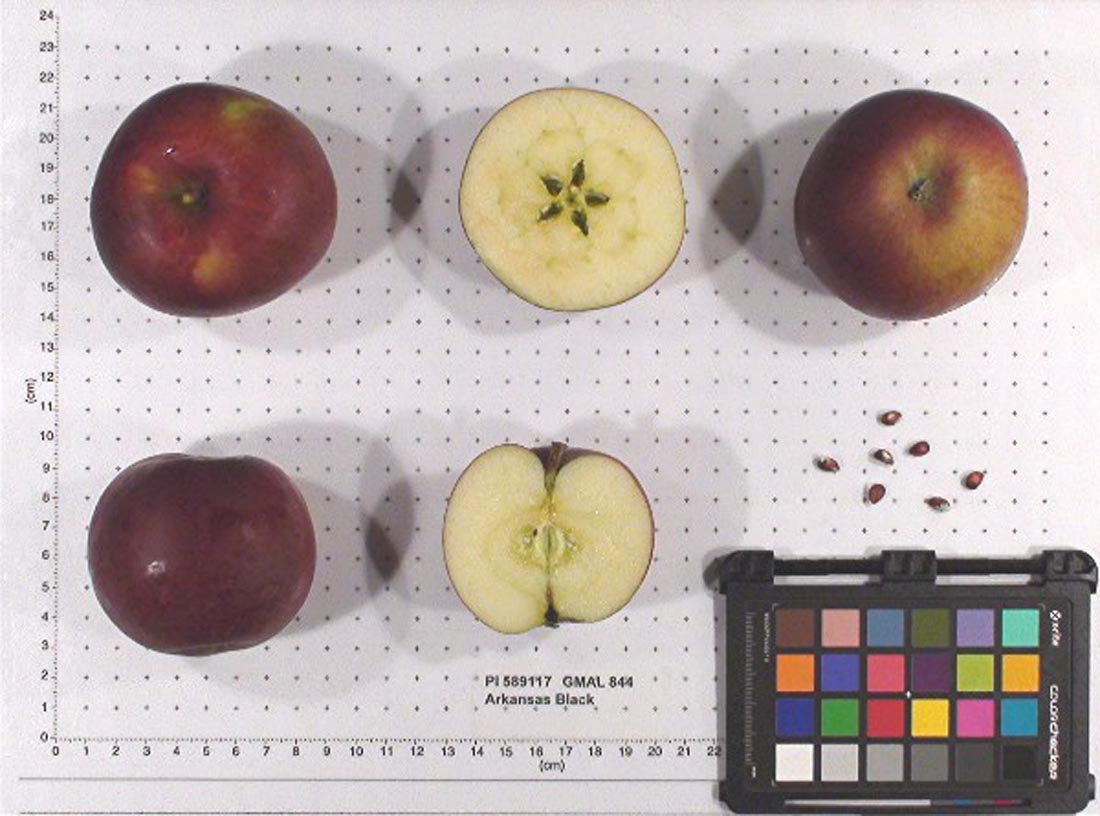 Summary: Originating during the mid-1800s in the American heartland, this seedling of Winesap is an excellent multipurpose apple.

Identification: A medium size, round, slightly conic apple. The skin is glossy and yellow, washed red and even deep red to dark purple where it is exposed to the sun. Slight russeting at the stem on ocassion, particularly in warm climates. Colour deepens with storage. Lenticels are smallish and light-coloured, widely scattered. The stem is medium in length and thickness. The skin becomes very waxy in storage.

Characteristics: The flesh is yellowish, fine-grained, very firm, crisp, moderately juicy and fragrant with spicy aromas. Hard and acidic when first harvested, but softens, sweetens and intensifies flavours in storage.

Uses: A popular apple during the first part of the 1900s, this apple was used for baking pies and cobblers. Also makes a good apple sauce. Frequently used in cider making. Edible fresh but it tends to be tart and hard unless well aged.

Origins: It is fairly certain that the Arkansas Black was developed sometime in 1800s in Arkansas (U.S.A.), but there are different stories attached to its origins. One story suggests that it was grown by John Crawford in that state in the 1840s. Another version credits DeKalb Holt for having developed this apple in the 1870s at the nursery owned by his brother Earl Holt in Benton County. A third version states that the apple was found growing in the orchard of John Braithwaite in Bentonville, Benton County of northwestern Arkansas (U.S.A.). Likely a seedling of a Winesap apple, it first fruited in 1879. Three decades later, it was one of the top apples grown in the state, but a codling moth infestation followed by the Great Depression dealt blows from which the Arkansas Black could not recover. It is still grown and appreciated, though not nearly as much as it was in the past.

Cultivation: Vigorous, upright spreading tree with branches that tend to be long and slender. Bears fruit on spurs and shoots. Produces light crops on a biennial basis. Best suited to regions with long growing period and it requires 800 to 900 hours of chill at 75 degrees Centigrade or less.

Notes: The Arkansas Black name refers to this apple's distinctly dark colour. This is distinguishes them from Black Twig apples from Arkansas which are named for the almost-black bark of the branches.

Cold storage: Keeps five months. It turns mealy and soft if left to mature too long on the tree or in storage and a waxy skin is often a sign of this stage.

Vulnerabilities: Highly resistant to mildew and blight but also somewhat resistant to, canker and rust, susceptible to scab.

Harvest: At the beginning of the fifth period (150 days after bloom) for a span of three to four weeks. 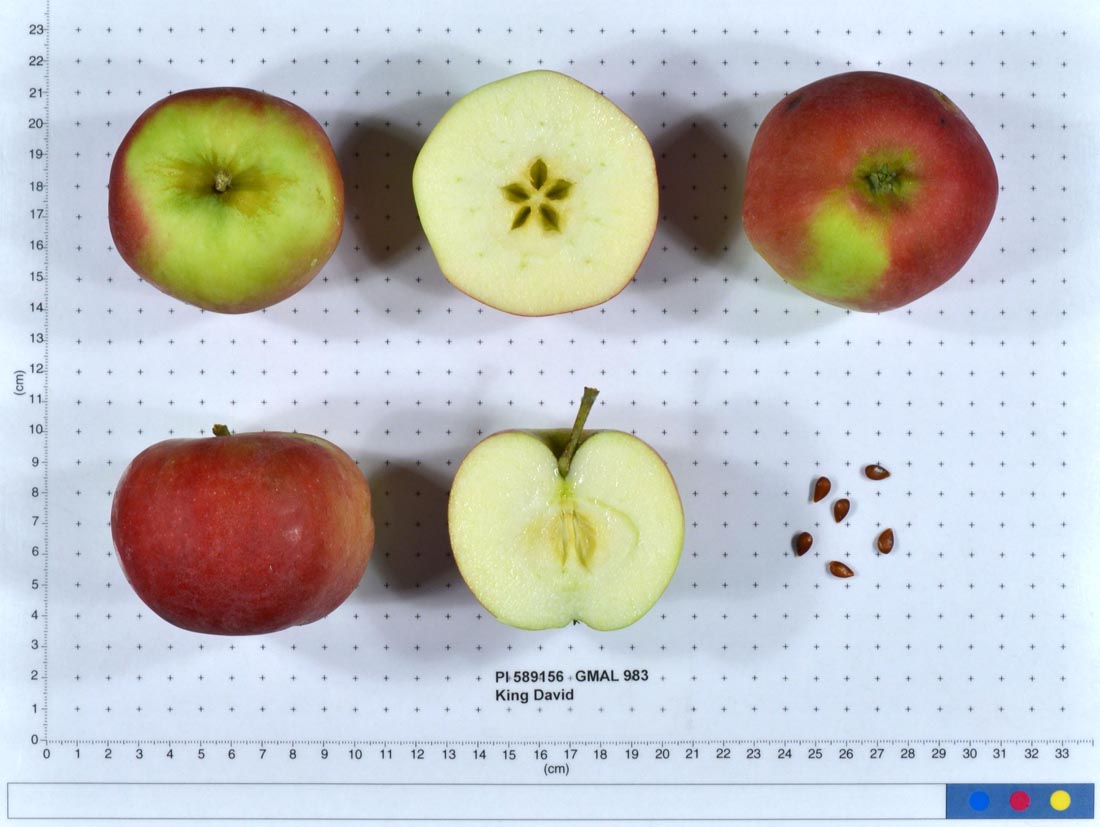 characteristics: Flesh is yellowish, firm, crisp and juicy. Tough skin and coarse texture, though it softens in storage. Flavour is slightly sweet, slightly tart, spicy and ...