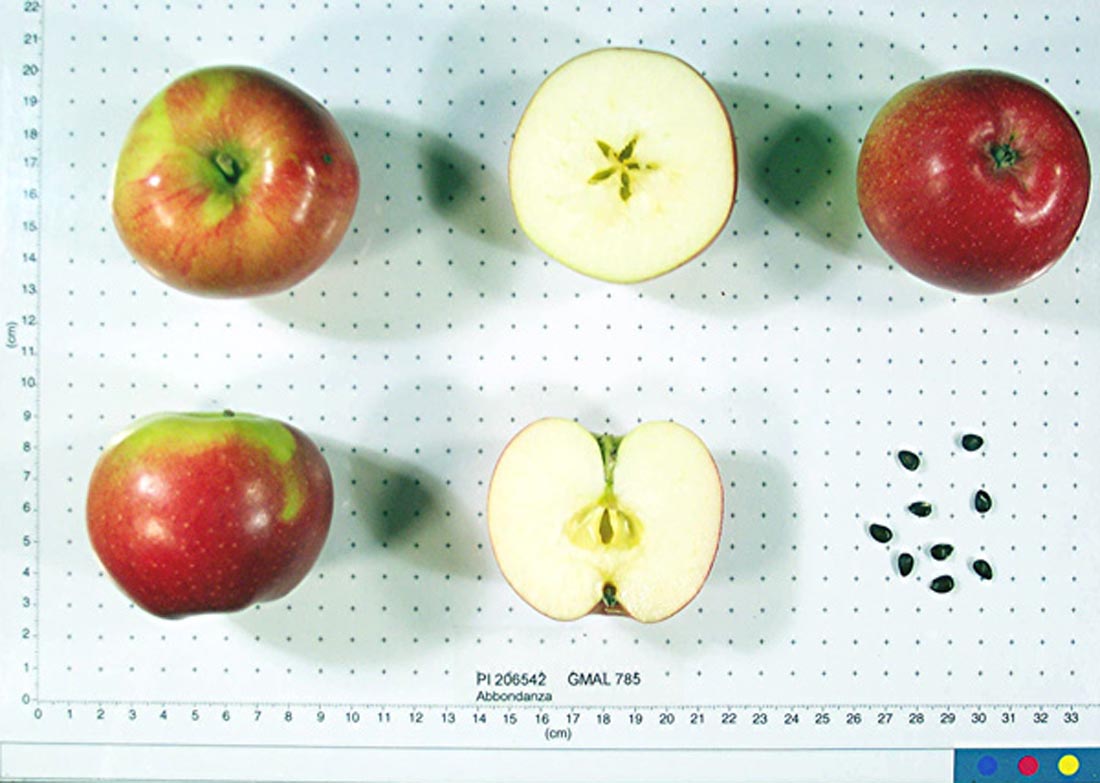 Identification: Medium size, tending to small. Round to round-conic in shape, sometimes lopsided. The base colour is yellow over which is a deep red wash on the sun-exposed face. Bright red, broken stripes radiate off the stem cavity's shoulder. Sparsely marked with light coloured lenticels. The calyx is small and tightly closed, set in a funnel shaped basin. The stem is short and medium stout, set in a deep and narrow cavity. The skin is somewhat thick and turns waxy when ripe.

Characteristics: The flesh is cream-coloured, firm and fine-grained. Vinous with a distinct raspberry flavour.

Origins: A wild seedling found growing near San Pietro Capofiume in Bologna (Italy), in 1896. It was widely grown as a commercial variety throughout the Bologna region through the 1900s, both for export and and market sales, but went into a serious decline in the 1970s. Fortunately, it was a popular apple variety appreciated in much of Continental Europe providing a strong base for its restoration. The Abbondanza is now available through nurseries in most apple growing regions, though grown largely by U-pick operations, farm-gate sales and by amateur growers.

Ploidism: Diploid. Self fertile but produces the best harvests in proximity to a source of compatible pollen. 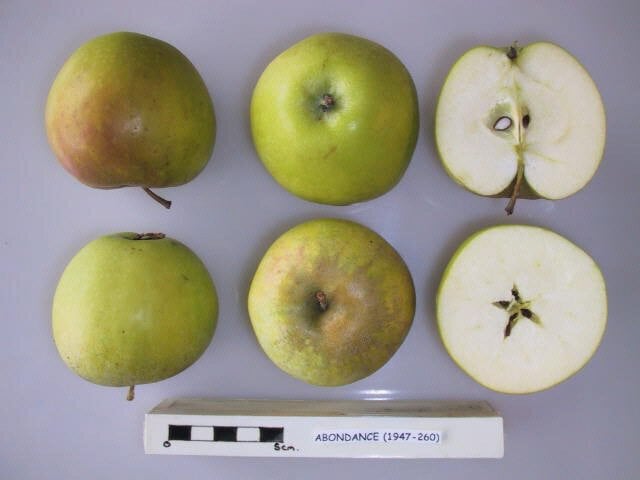