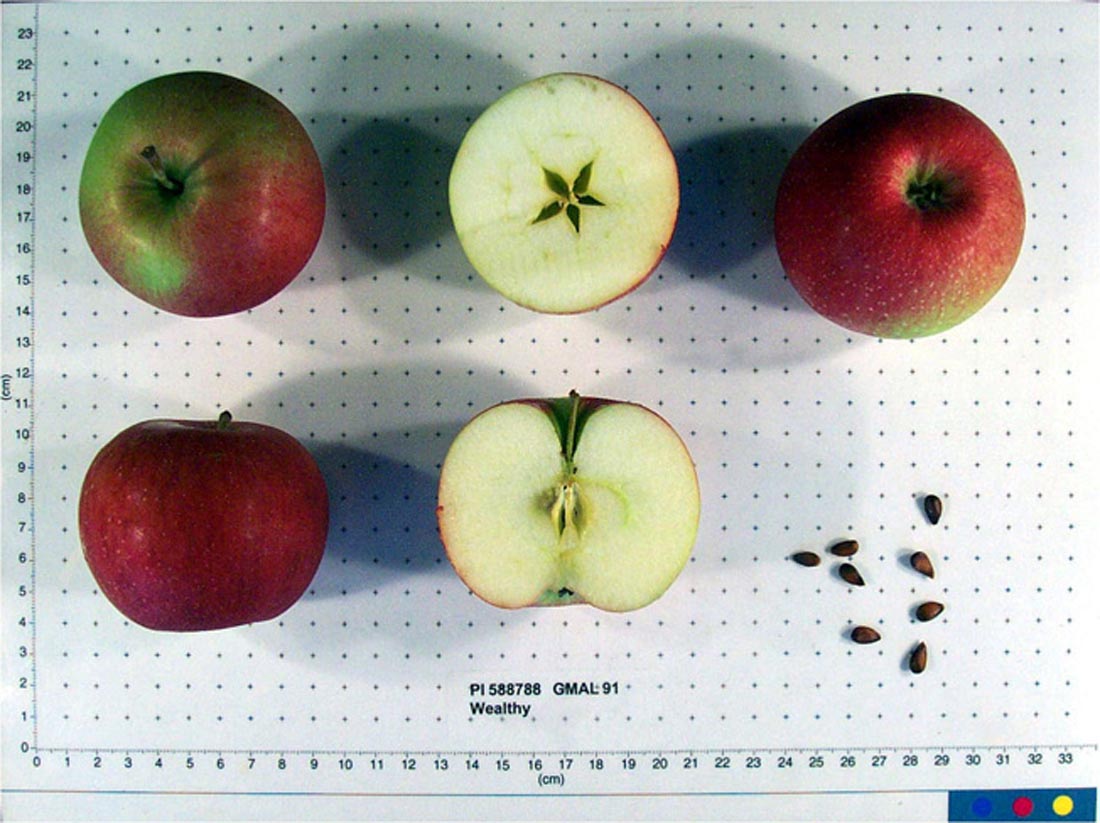 Identification: Medium to large in size and round to flat-rounded. Pale, yellowish green skin over which are bright red flushes marked with darker stripe. Lenticels are yellow, abundant and of varying size. The calyx is small and closed set in a deep and funnel shaped basin. The stem is short and slender, set in a medium deep, narrow and russet-lined cavity. The fruit develops a greasy feel when ripe and the skin is somewhat tough.

Characteristics: The flesh is white to cream coloured, coarse-rained and soft, fragrant. Sweet-tart, very juicy and strawberry flavoured. Look for pink veins in the flesh. The flesh tends to brown when exposed to air.

Uses: A good dessert apple. Excellent for pies when harvested slightly under-ripe. Makes a good juice and an excellent ingredient in cider.

Origins: Originated from the open-pollinated flowers of a Cherry Crab produced by Albert Emerson in Bangor, Maine (U.S.A.). In 1861, horticulturalist Peter Gideon of Excelsior, Minnesota (U.S.A.), purchased a number of pips and shoots from Emerson as part of his attempt to find apples that would tolerate the harsh winters of Minnesota. From among these, he selected one seedling that showed great promise and it 1893 he introduced the Wealthy apple, named for Wealthy Gideon (Hull), Peter Gideon’s wife.

Cultivation: Small, upright spreading tree with drooping limbs. Partial spur bearer. Does well in cool climates. The tree starts to produce fruit at four years. Rather brittle, prone to breakage. Crops heavy, but bears every other year which can be managed by thinning after fruit set. There is a heavy early fruit drop a few weeks after the flowers have set.

Ploidism: Diploid. Self fertile but produces best in the presence of a compatible source of pollen.

Vulnerabilities: Highly susceptible to rust, moderately so to scab, fireblight and mildew.

Harvest: Late in the third period. It has a very pronounced tendency to drop fruit as it approaches ripeness. 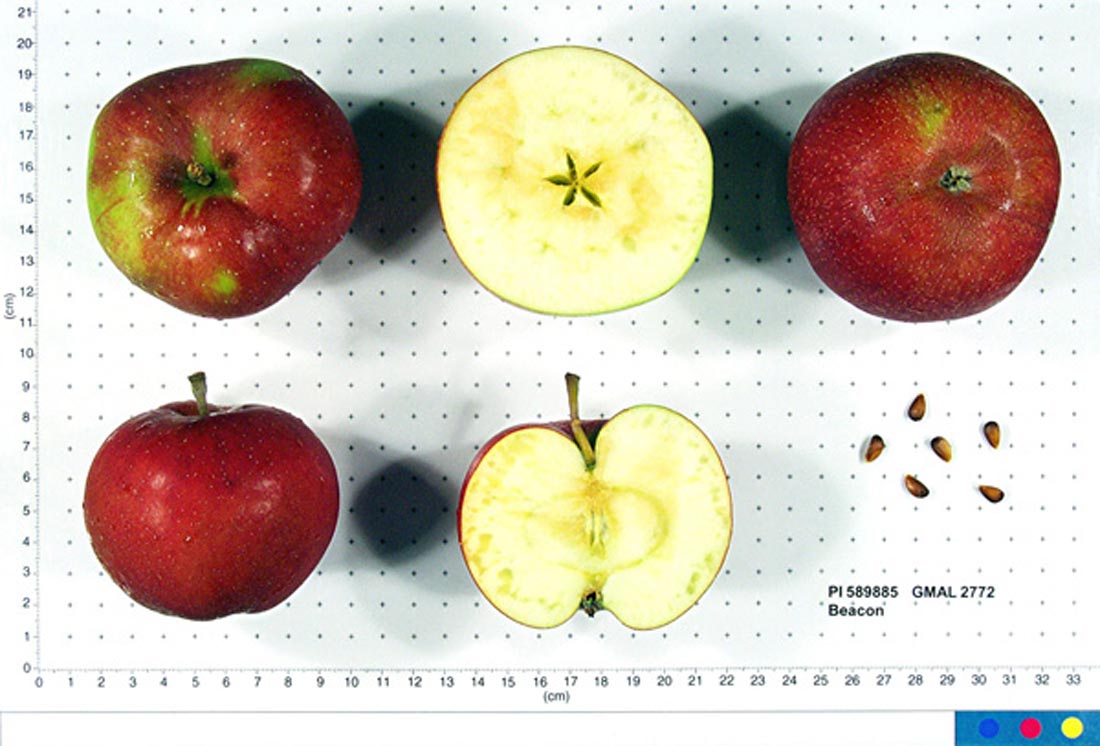 characteristics: The flesh is greenish, fine textured, firm and juicy. Sweet and sprightly for a refreshing bite, but mild flavour.

characteristics: The greenish flesh is often stained red next to the skin. Coarse gained, firm and crisp. Quite tart, mellowing in storage. Keeps two months in cold storage. 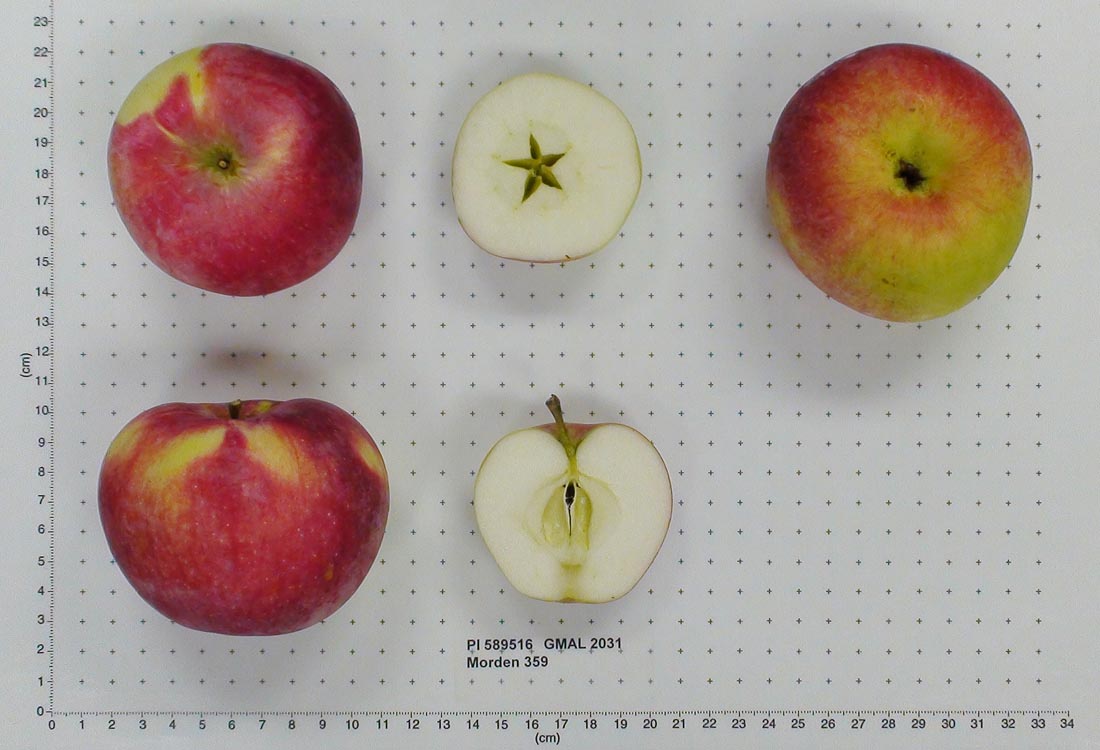 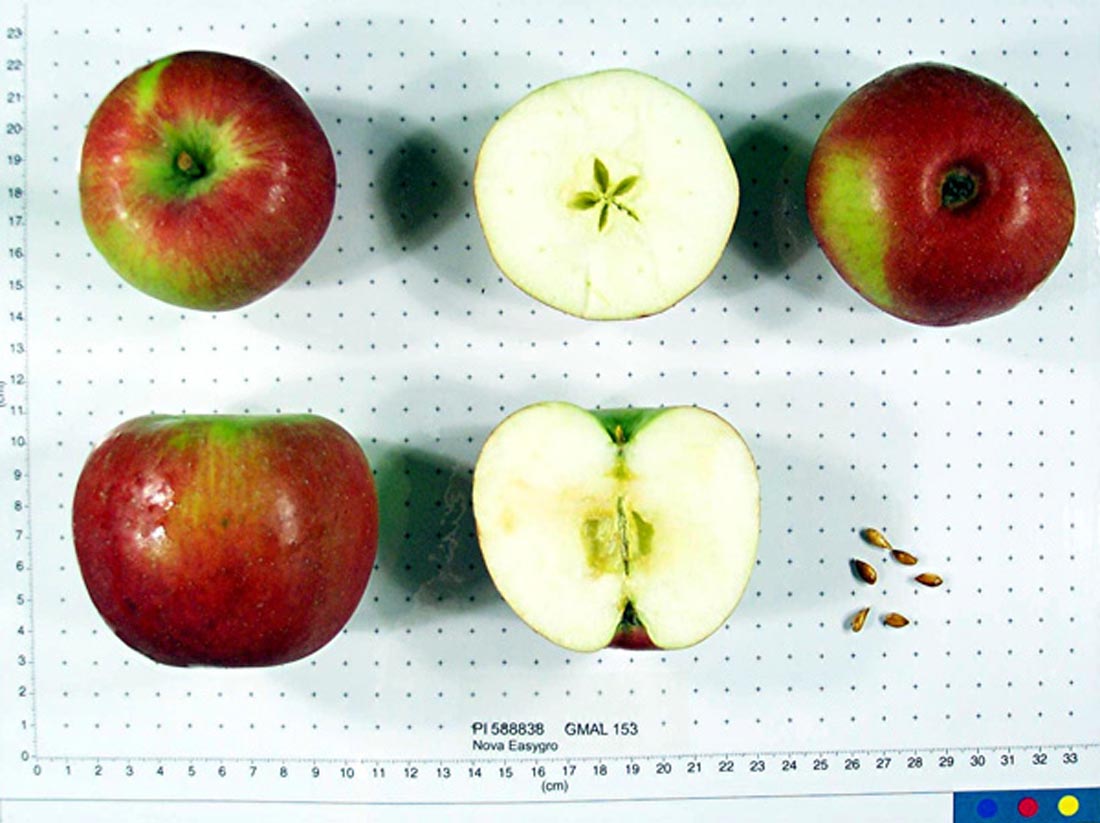