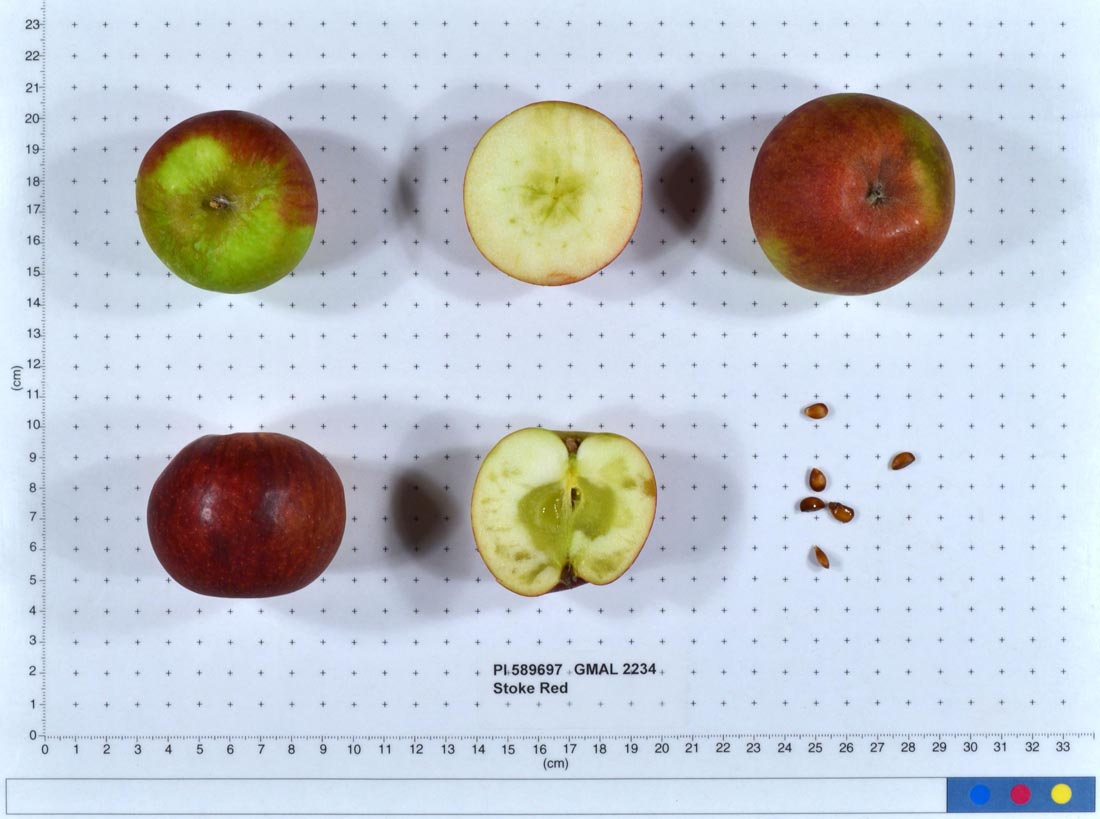 Identification: is yellow with a red flush and some darker striping. The surface develops a waxy feel. Character of the

Origins: Though named for Rodney Stoke in Somerset apple because it rose to popularity there in the 1920s, this cider apple was grown in the Wedmore region for many years before that.

Cultivation: Moderately vigorous, spreading spur bearer. It tends to be twiggy and requires a considerable effort to pru Typically starts to produce at six to eight years of age. Te to produce biennially with heavy crops. Will tolerate shade.

Harvest: At the end of the second fourth period and sometimes later. It requires a cold chill to ripen the fruit Fruity.

Juice character: a sharp juice that offers the necessary astringency and flav for making sharp classic English cider. The tannin level is per cent and the malic acid is 0.64 per cent. WES?CHERRY tannin 0.43 Brix 13.2 pH 4.04 malic acid 6.22 Character of the Cider: Other