Identification: Large to very large. Round to oblate and angular. The skin is green maturing to yellow with a faint blush on the sun exposed face. The eye is small to medium and partly open with long petals, surrounded by a distingctly knobbed crown. The stem is short and medium thickness, set in a medium deep and medium wide cavity.

Uses: The Starr was often picked in mid summer well before ripeness and called Early Greening used for cooking.

Origins: Found as a chance seedling on the John Starr s farm near Woodburg, New Jersey (USA) in the late 1700s. Since it produced enormous apples at a time when the market clamoured for larger apples, it quickly became widely popula throughout the mid?Atlantic states. Nursery catalogues trumpeted the Starr as the largest apple known, measuring 1 to 12 inches in circumference. NFC Found on the property of Judge White, Woodbury, New Jersey, USA. Propagated by William Parry in 1865.

Cultivation: Moderately vigorous. starts to bear when quite young and crops well annually. 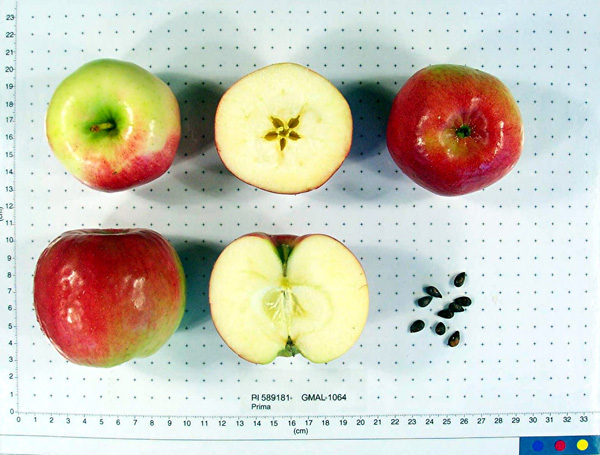 summary: One of about 50 apple cultivars developed under the PRI (Purdue University, Rutgers University and the University of Illinois) programme using Malus floribunda ... 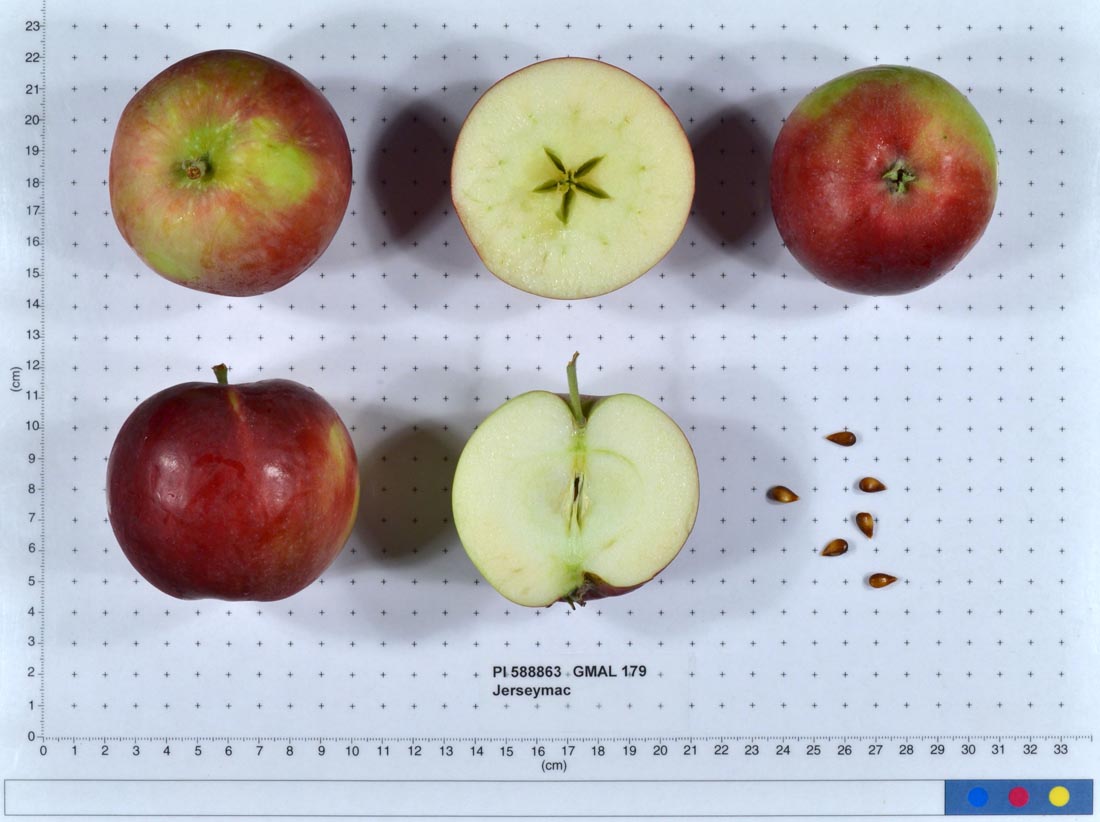 characteristics: A McIntosh style apple. Greenish white flesh, soft, fine grained and juicy. Well balanced sweet and tart, fragrant. Flavour is at its peak for about a week ...

characteristics: The flesh is cream coloured with red stains under the skin. Firm and crisp. Juicy, sweet and tart, raspberry flavours.