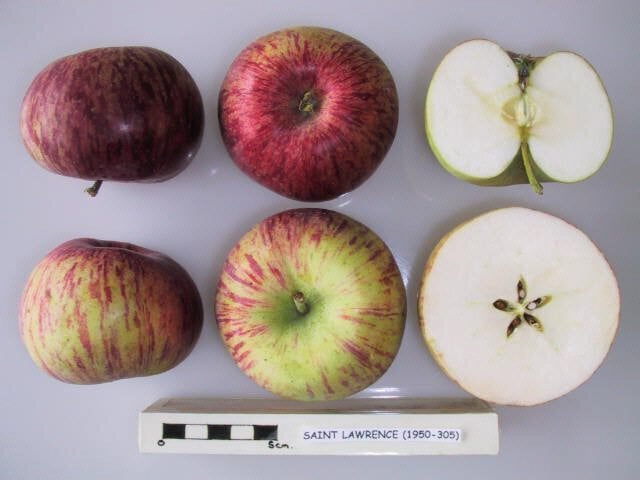 Identification: Medium tending to large, round flattened to round conic and often higher on one side than the other. The skin is pale yellow washed with bright red over which are pronounced darker stripes that extend into the shaded faces. The calyx is medium size and closed, set in a medium deep and somewhat narrow basin. Short and slender stem, set in a deep and open cavity which is usually russetted. A light-coloured bloom develops when ready for harvest.

Characteristics: The flesh is white with red stains. Fine-grained, tender and crisp. Juicy, sweet and sprightly.

Origins: An open pollinated seedling of Fameuse that was raised in the Montreal, Quebec (Canada) area. Widely grown in the region by 1835.

Cold storage: Up to three months

Vulnerabilities: Highly susceptible to fire blight and prone to scab.

Harvest: Ready for harvest by the middle of the fourth period.

characteristics: The flesh is yellowish and firm. Sweet 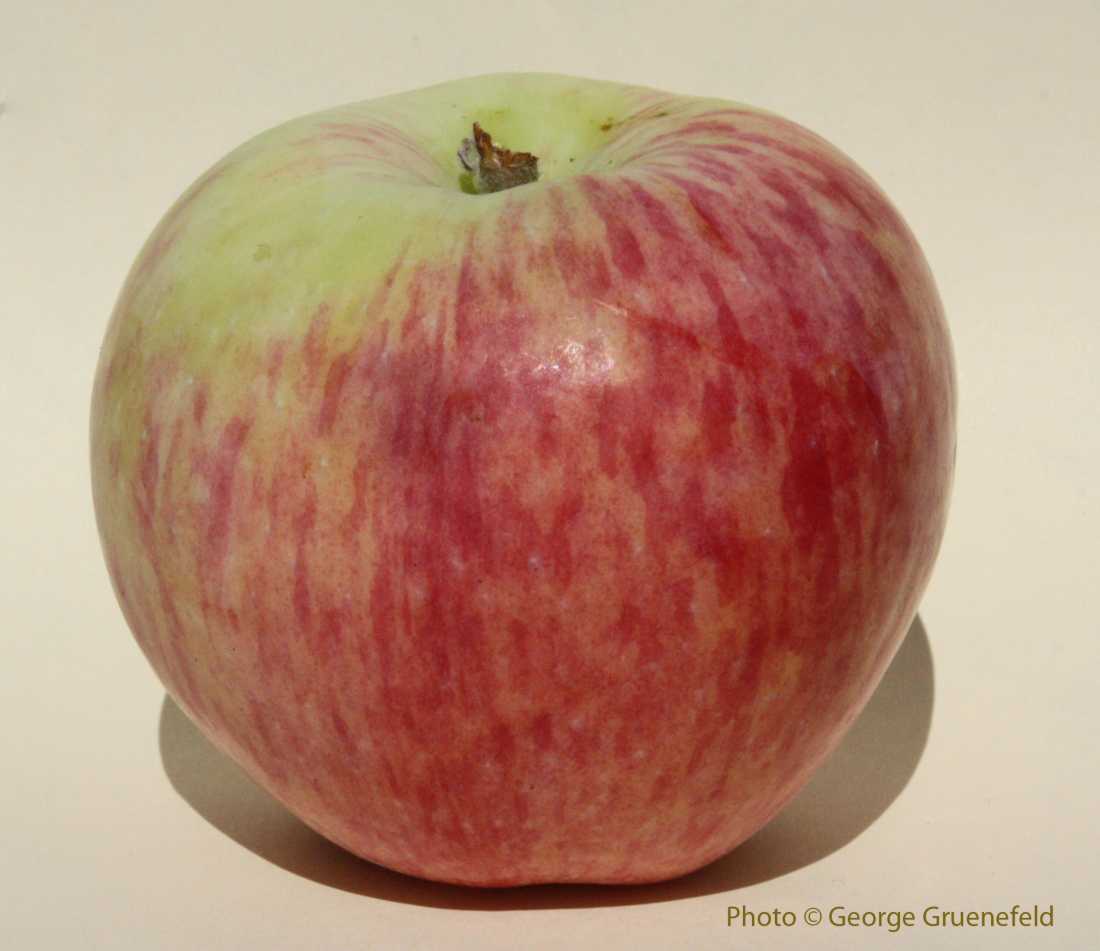 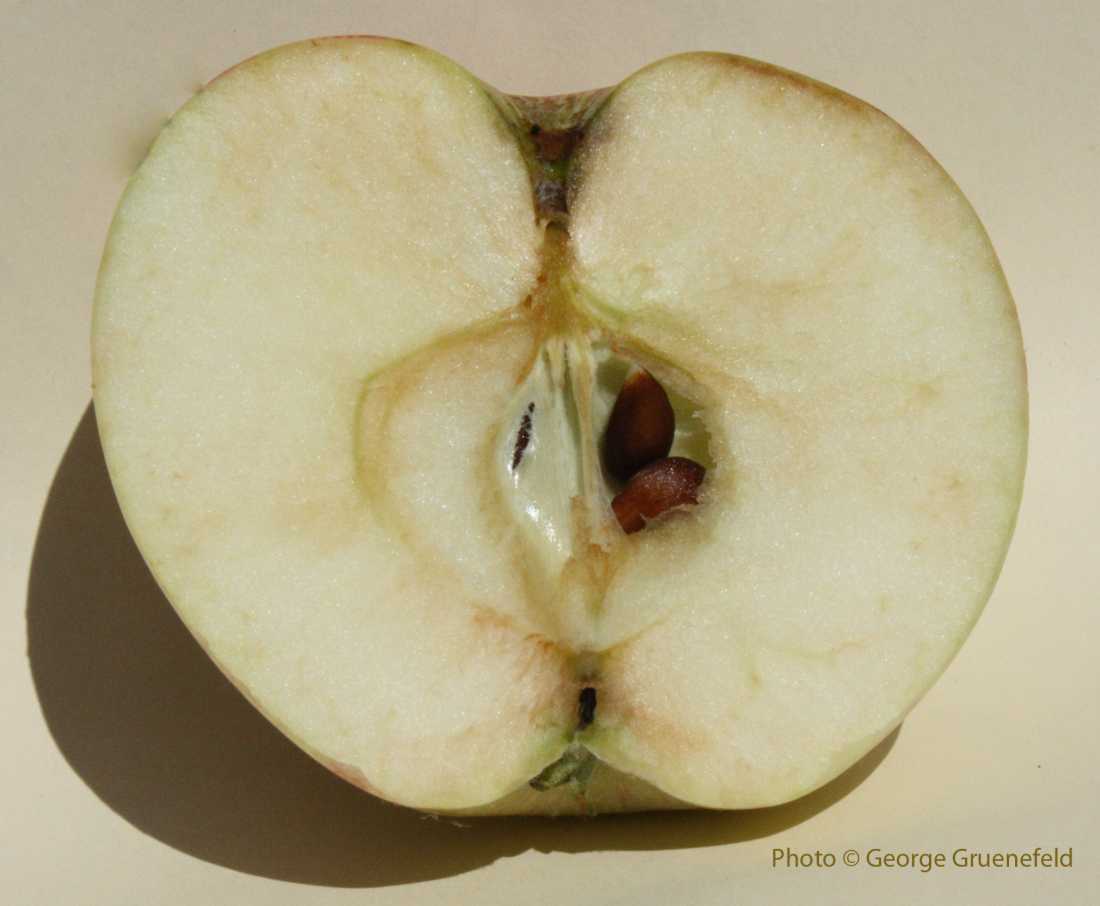 origins: Cidermaker and orchardist Claude Jolicoeur found this apple in the early 1990s growing wild in the village of Baie-Saint-Paul along the north shore of the Saint ...