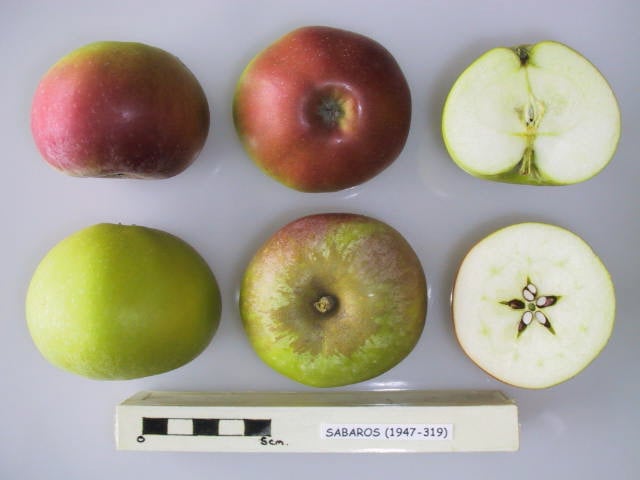 Identification: Small, round. The base colour is greenish yellow flushed red on the sun exposed surface. The calyx is small and closed, set in a medium deep and very narrow basin. The stem is short and medium stout, set in a deep and somewhat narrow cavity with a cinnamon-coloured russet extending over the shoulder.

Characteristics: The flesh is white, soft. Juicy, fruity and sharp, but sweetens in storage

Uses: Dessert and cooking. Slices keep their shape for pies and tarts. Holds its shape when cooked.

Cultivation: Moderately vigorous tree. Bears fruit on spurs. Produces heavy crops. Tolerant of air-borne salt. One of the few apple varieties that can be propagated by planting suckers.

Harvest: Early in the fifth period.