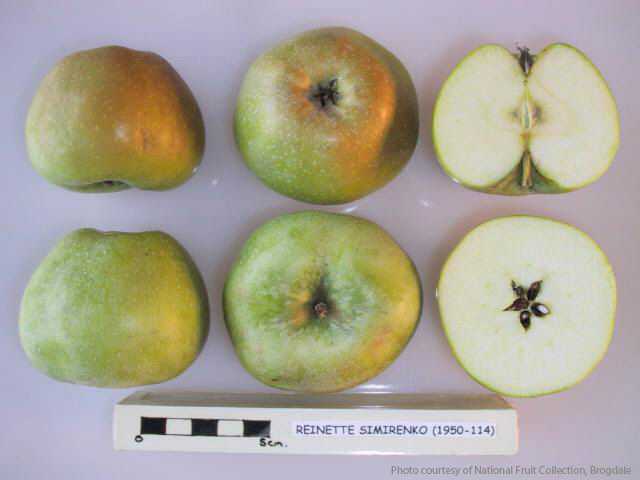 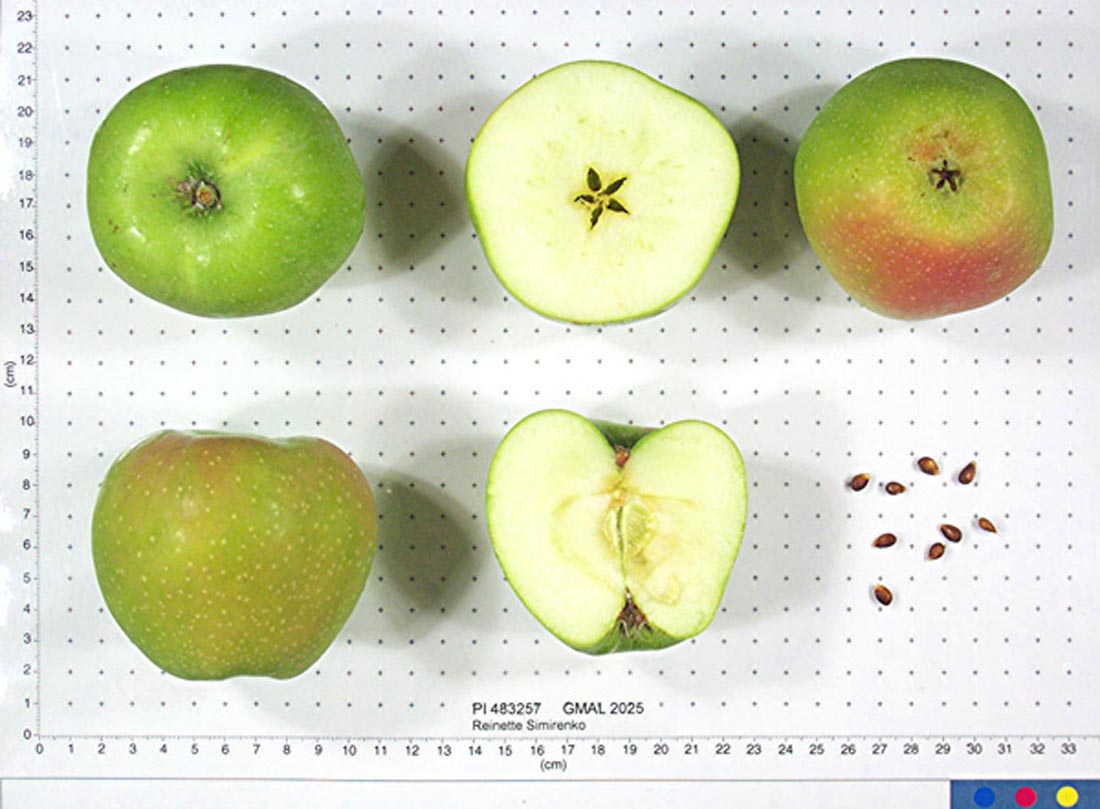 Characteristics: The flesh is cream coloured, medium fine-grain and somewhat tender, though crunchy. Juicy, mildly sweet and definitely tart with some spiced lemon flavours. Turns brown when exposed to air.

Uses: While it is touted by some as a dessert apple, the Simirenko best lends itself to use for cooking and making sauce.

Origins: According to the National Fruit Collection, this apple was found by Ukrainian pomologist Leo Simirenko and first documented in 1895 when it was named the Simirenko in honour of his father, Platon Simirenko. Leo Simirenko later stated in his three-volume "Pomologia" (published posthumously in 1961) that the tree may have come from “a western country” or sprouted from a discarded pip as a chance seedling. The Nikitsky Gardens, Russia’s foremost horticultural research centre, considers the Simirenko the same variety as the Zelenka Wuda, which is the Wood’s Greening. The National Fruit Collection also lists this the same apple as the Wood’s Greening (also called Coate’s Greening, Onstine and Cooke’s Greening) which is described as an apple native to New Jersey (U.S.A.) in the 1876 edition of "The Fruit and Fruit Trees of America" by Charles Downing and also in Samuel Cole’s "The American Fruit Book," published in 1849. If the Wood’s Greening described by several noted pomologists of the early 1800s is not the Simirenko, it is indeed remarkably similar. In addition, a Wood’s Greening is listed as growing in the gardens of the Horticultural Society of London (U.K.) in 1826.

Cold storage: Up to five months.

Harvest: In the middle of the fifth period. Fruit hangs on the tree well beyond ripeness.