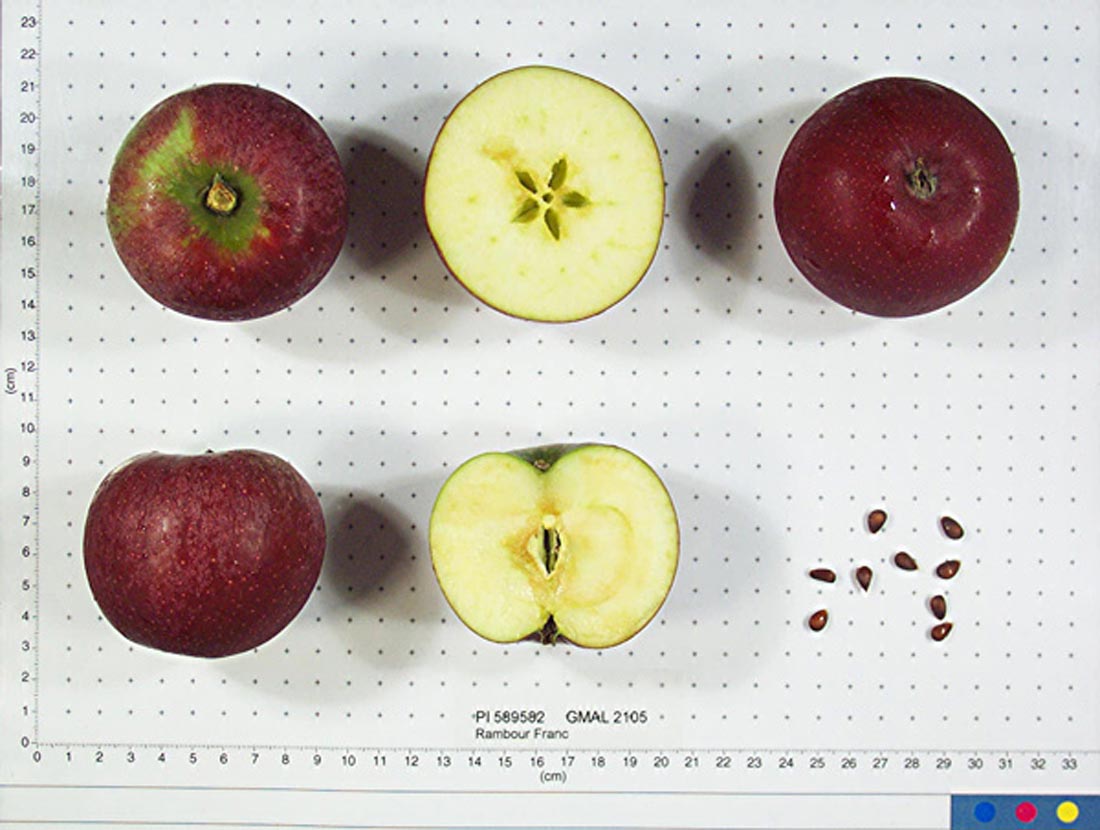 Identification: Large to very large, round-flattened, five distinct ribs on the side and prominent ridges around the eye. The skin base colour is yellow over which are red streaks on the sun exposed side. The shaded face is covered with a pale russet coat. The stem is short and set in a deep and round, russet lined cavity.

Characteristics: The flesh is yellowish, coarse-textured, firm, crunchy and somewhat leathery. Juicy, sweet-tart and aromatic with a winey flavour when fully ripened.

Uses: Often picked under-ripe for making pies and apple sauce. However, when fully ripened, it is a refreshing, somewhat tart dessert apple.

Origins: Originated in the village of Rambures (France) in the Haute-de-France region northwest of Paris, prior to 1536 when the variety was first documented by French botanist Jean Ruel in his "De Natura Stirpum." It was one of a dozen or so similar varieties that were designated Rambour apples, arising in the area of Rambures, the best known of them being the Summer Rambo and the Winter Rambo. They have been well known since 1665 in Britain and grown widely in the eastern U.S.A. since 1767.

Cold storage: Does not keep well