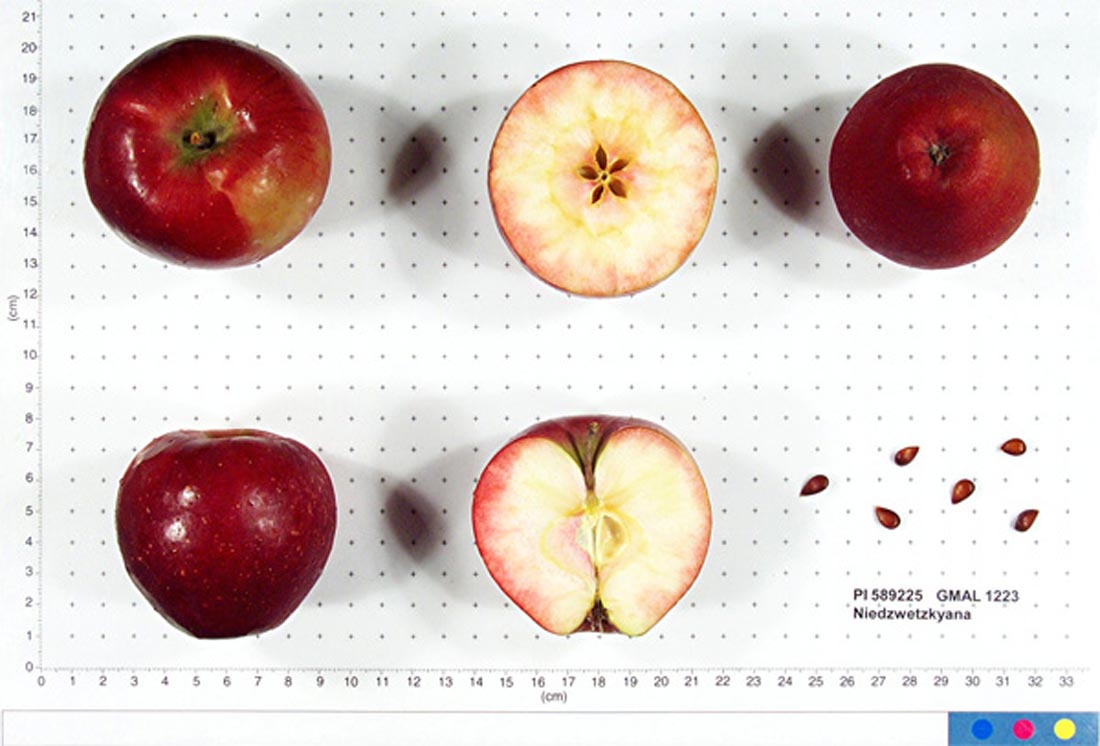 Identification: Small tending to medium, round conic. Base colour is pale green with dark red overcolour.

Characteristics: The flesh is pink tending to red. Coarse-grained. Sweet and and tart, ranging from moderate to full-blown.

Uses: Ornamental and culinary. The fruit is edible, both fresh and cooked.

Origins: Native to Siberia, Kazakhstan and Turkestan and is endangered in its native range. However, the variety widely grown through the western world stems primarily from seeds which were sent from Turkestan in the late 1800s by amateur botanist Vladislav Niedziecki. These were raised by Georg Dieck who introduced them in 1890 at the Zöschen Arboretum near Merseburg, in Germany.

Cultivation: Vigorous. Spur bearer. In its native form, the Niedzwetzkyana was described by George Dieck, director of Germany's Zöschen Arboretum in the late 1800s, as "winter-hardy, undemanding for care, drought resistant, and interesting exclusively for ornamental horticulture and hybridization."

Notes: Widely used for the development of red-fleshed cultivars. California-based Albert Etter developed 30 red-fleshed apple varieties based on the Niedzwetzkyana in the first half of the 1900s. In Volume VI of the 1921 edition of "Addisonia" the Niedzwetzkyana is described it with all the passion that it is due: "This is a most unusual apple, striking in all its phases, all parts partaking some shade of red—the bark is very dark purple red, the flowers are a deep rose purple, and the fruit a deep crimson purple outside with a flesh of a lighter shade; even the young leaves are purplish, and mature ones turn red in the autumn. It is a small tree of rather irregular habit, usually attaining a height in cultivation of ten or fifteen feet. In flower or fruit it is an unusually beautiful sight, and is worth of a place among our most decorative apples."

Harvest: Late in the fourth period. Fruit holds on tree beyond ripeness. 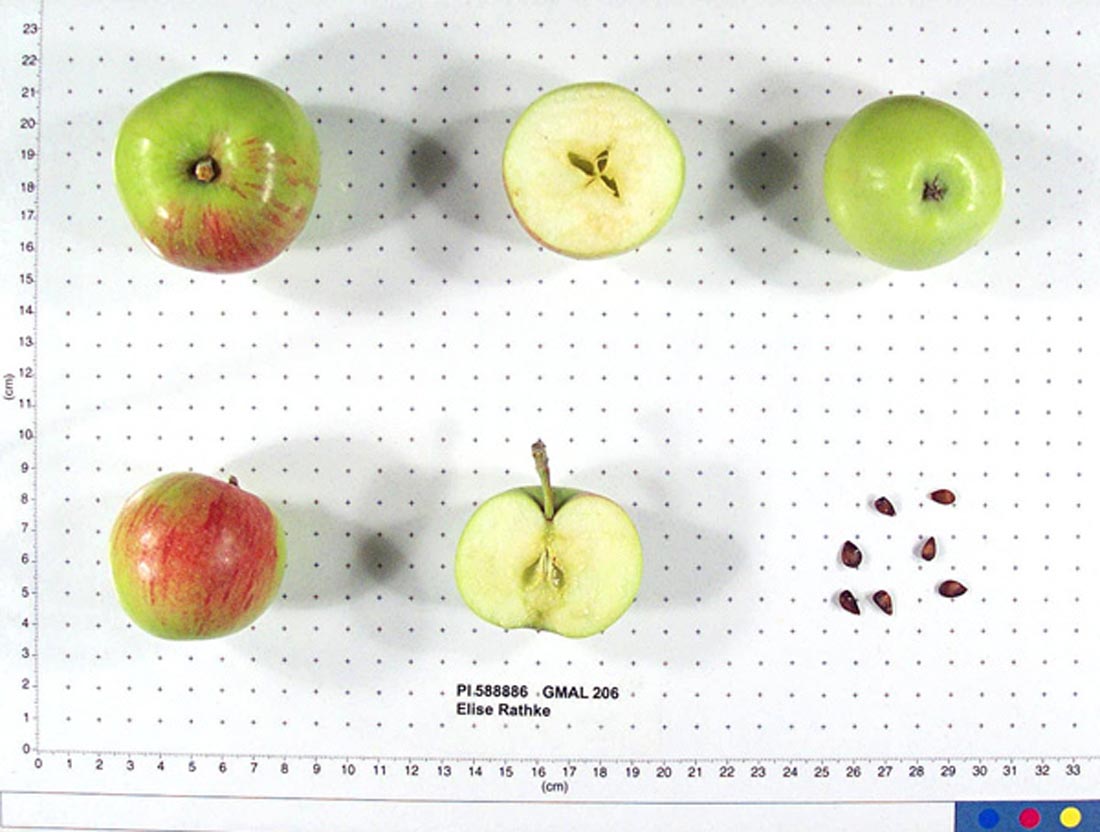 characteristics: The flesh is a stunning red colour, so much so that it actually shows through the skin. It tends to be somewhat tart when first harvested and becomes sweeter ...

characteristics: The flesh is white with pink stains under the skin and around the cone. Very sweet. Keeps two months in cold storage.