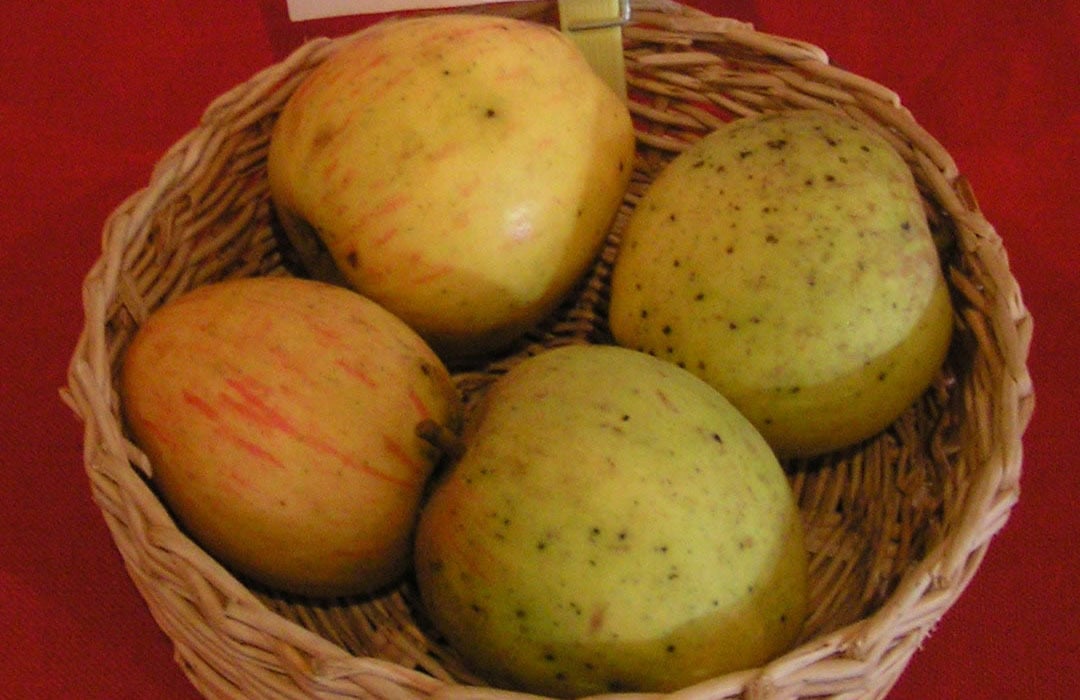 Summary: This apple is an essential ingredient in the brewing of robust Brittany-style cider.

Identification: Large and round to round conic. The base colour is a tawny yellow over which is a red blush marked with fine stripes and covering less than one half of the fruit. The stem is short and stout, set in a moderately deep and somewhat narrow cavity. The calyx is moderately large, somewhat open and set in a shallow, often irregularly ribbed basin.

Uses: One of several varieties used for the bitter component of French-style apple cider. Typically, bitter cider apples make up about 20% of the total weight the fruit used. The variety is also of the key ingredients used in the production of Calvados in the Pays d'Auge.

Origins: Found as a seedling in a bundle of produce purchased by Marie Ménard at the farmer's market at Lamballe in the Côtes d’Armor along the coast of Brittany (France) in 1910.

Notes: The Marie Ménard is widely grown in the Cornouaille region where it was and is frequently used in the distillation of Lambig, an apple distillate which has, in recent years, been refined enough to take its place alongside the iconic Calvados.

Harvest: Ready for harvest in the first half of the fifth period.

Juice character: The flesh is bitter and presses out to a rich amber liquid which is intensely aromatic and has a specific gravity of 1.065. Full-bodied with citric notes.