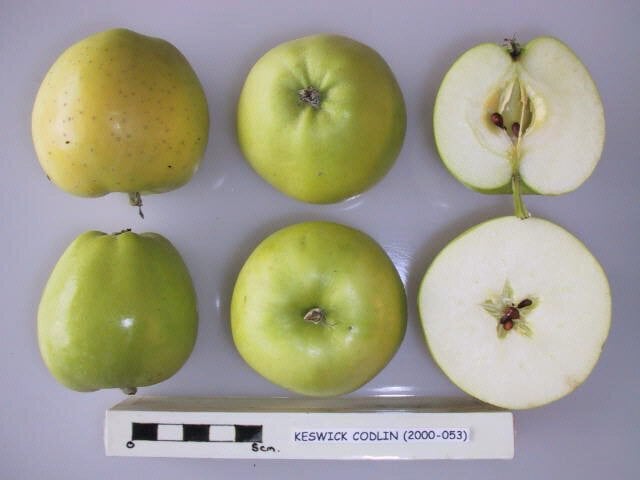 Synonyms: Finnerty, Keswick Codling. Not to be confused with the Codling or English Codling which is a different cultivar.

Identification: Medium size, tending to large, and round to oblong conic in shape, broad at the base and somewhat uneven. Ribbing is noticeable. Pale greenish yellow, skin with a slight golden yellow or light orange blush on the sun-exposed face. Smooth, thin, tough and waxy. Faint to inconspicuous flecks, sometimes faint russetting. The stem is short and set deep into the base.

Characteristics: The flesh is creamy, fine-grained and tender. Very juicy and sharp tending to sour unless fully ripe. It becomes meal after a month in storage.

Uses: Cooking apple that makes a sweet, slightly tart sauce. Also a good gelly apple. It s also one of the earliest apple the year for apple pies.

Origins: A seedling of unknown parentage which was, according to Robert Hogg (British Pomology, 1851), found growing among some rubbish at Gleaston Castle near Ulverstone on the Furness peninsula of northern England in 1793 and subsequently introduced by nurseryman John Sander of Keswick who propogated it from cuttings.

Harvest: Ready for harvest late in the third period. 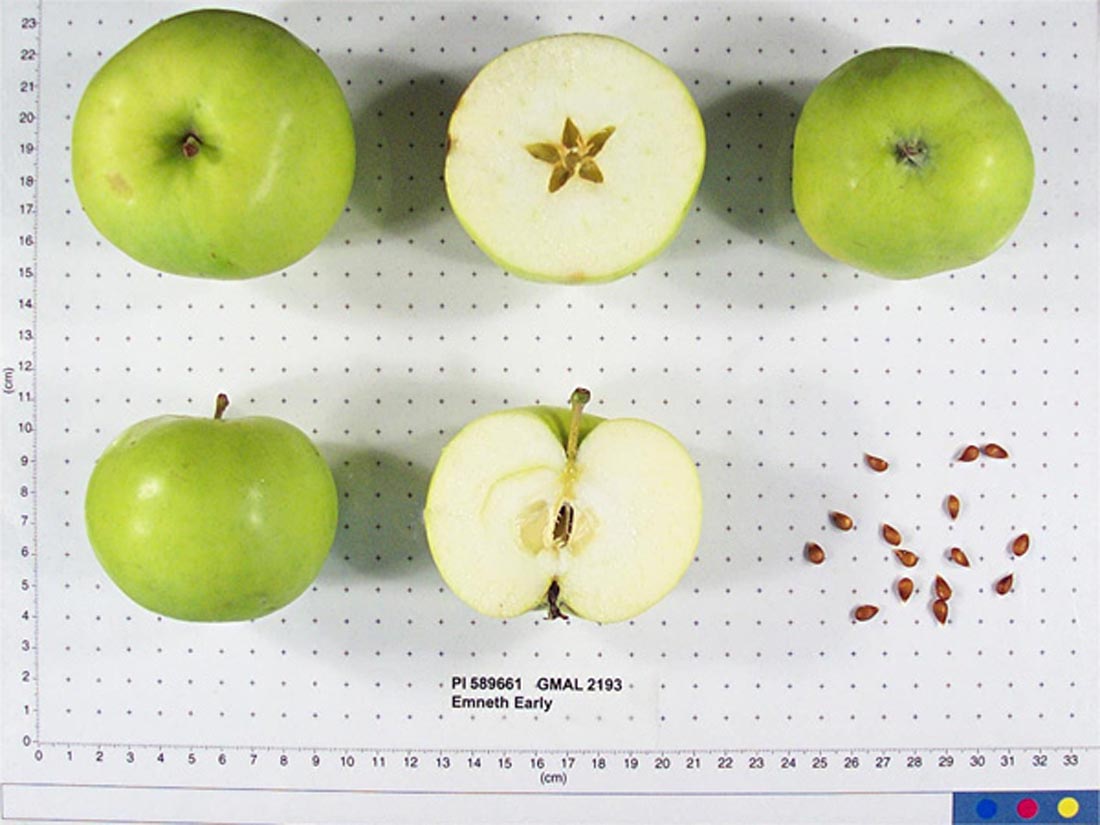 characteristics: The flesh is pale greenish, firm and crisp. Juicy and sharp