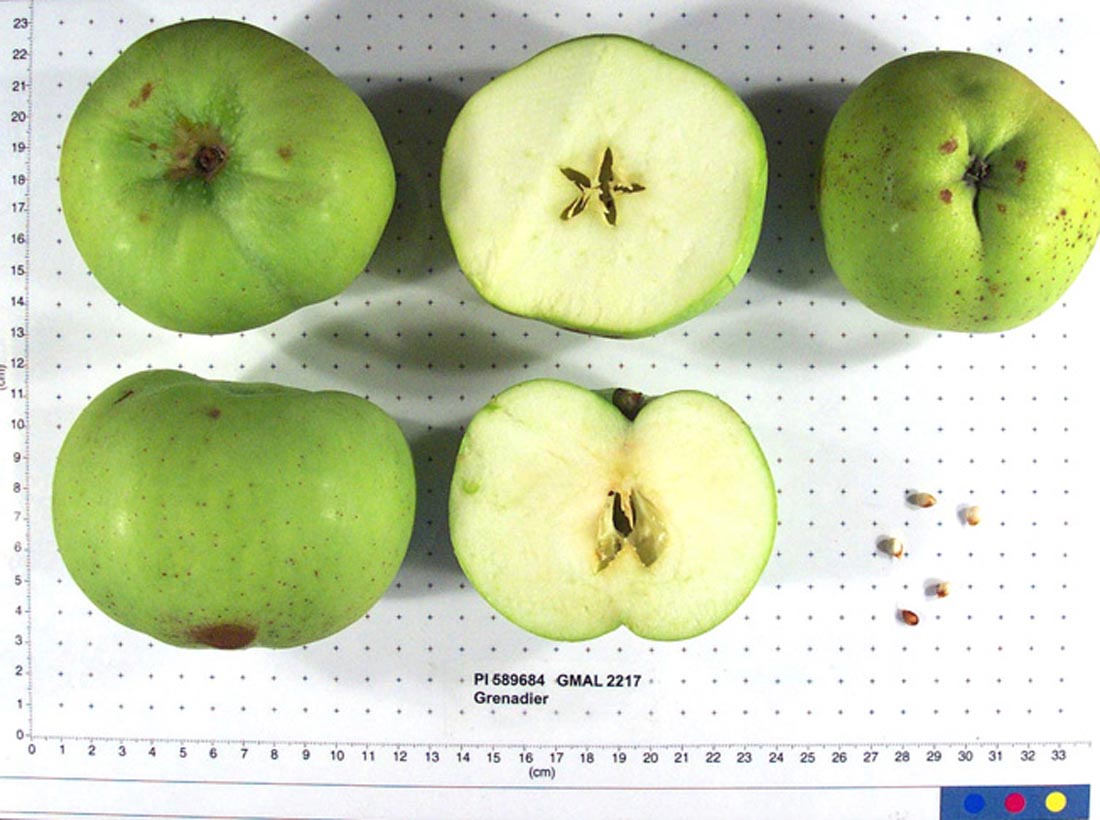 Identification: Medium tending to large conic fruit (typically four inches wide, three inches high), pronounced ribbing finishing in a defined crown at the blossom end and frequently irregular shape. Skin is pale green and changes to pale yellow when fully ripe, especially on the side exposed to the sun. The eye is small and closed, set in a shallow and medium wide, lightly puckered basin. The stem is very short and stout, set in a shallow and funnel shaped, russeted cavity.

Uses: Best used for cooking. Makes a tart sauce. Also produces a tasty apple jelly, especially if you enjoy eating creamy cheeses like Saint Andr with it. Apple pies made with Grenadier have a lovely tartness and aroma, but the slices d not hold their shape well.

Origins: First documented England 1862. Exhibited by nurseryman Charles Turner of Slough and subsequently promoted by George Bunyard of Maidstone. It was awarded a First Class Certificate by the RHS in 1883. Listed in Robert Hogg s 1884 Fruit Manual.

Ploidism: Partially self fertile but pollinizer will maximize yield. Group C. Day 11. This is a good pollinizer for other

Harvest: In the middle of the second period.

characteristics: The flesh is yellow with tinges of green, fine? grained, firm. Acid.