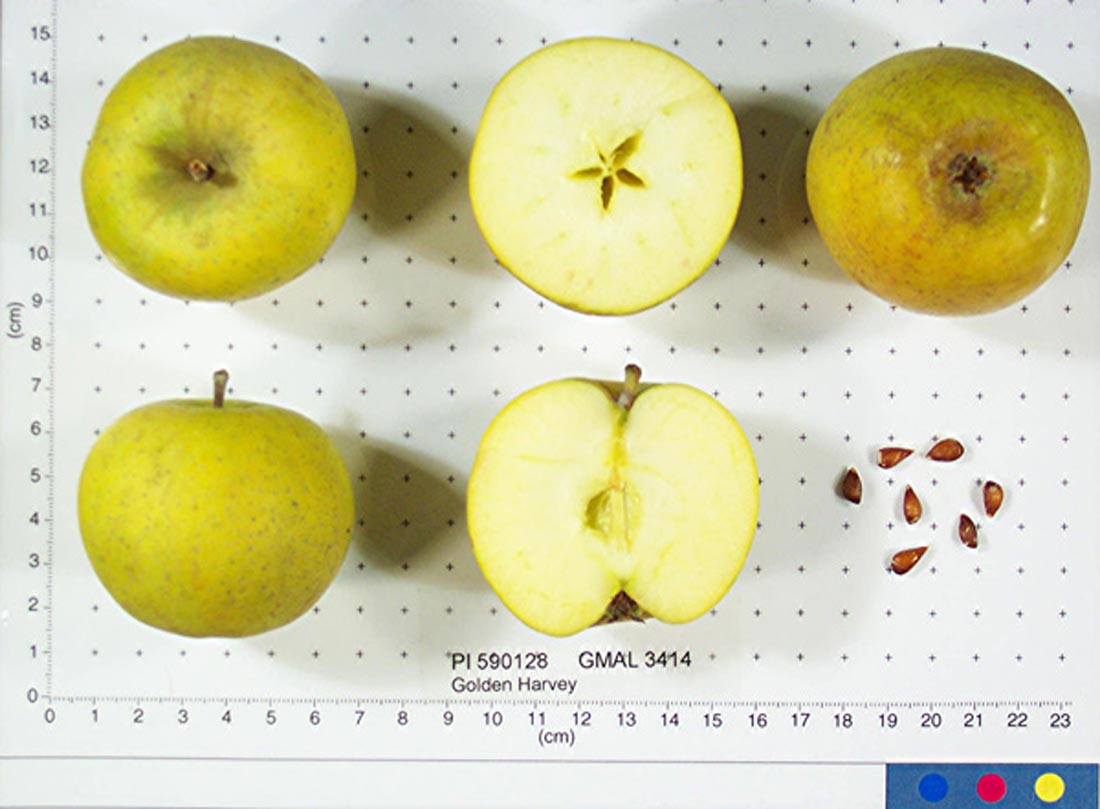 Identification: Small, round to round flattened. The skin is golden yellow, over which are patches of rough russet. Sometimes the sun exposed face is blushed with a brownish red. The stem is very short, stout and set in a shallow and narrow cavity. The calyx is large and open with long blossom tips.

Characteristics: The flesh is remarkably yellow, so much so that the apple derives its adjective from the colour of the flesh rather than the colour of the skin as might be supposed. Very firm, crisp and juicy. Sweet-sharp, spicy with intense flavour and excellent aroma. However, during cool summers, the flavour can be rather bland, though still very sweet.

Uses: Dessert apple, also used for making juice, but it shines as a cider apple providing an intense sweet-sharp flavour and high specific gravity in the juice.

Origins: One of a number of ancient varieties, it was widely known and appreciated when pomologist Evelyn wrote about it in the early 1600s. It likely arose in Hertfordshire (U.K.) and, because of its sweetness and flavour, became a popular dessert apple in Victorian England. Unfortunately, it fell out of favour in the late 1800s, largely because of its small size. Its parentage is not known.

Harvest: Late in the fifth period, sometimes into the sixth period.