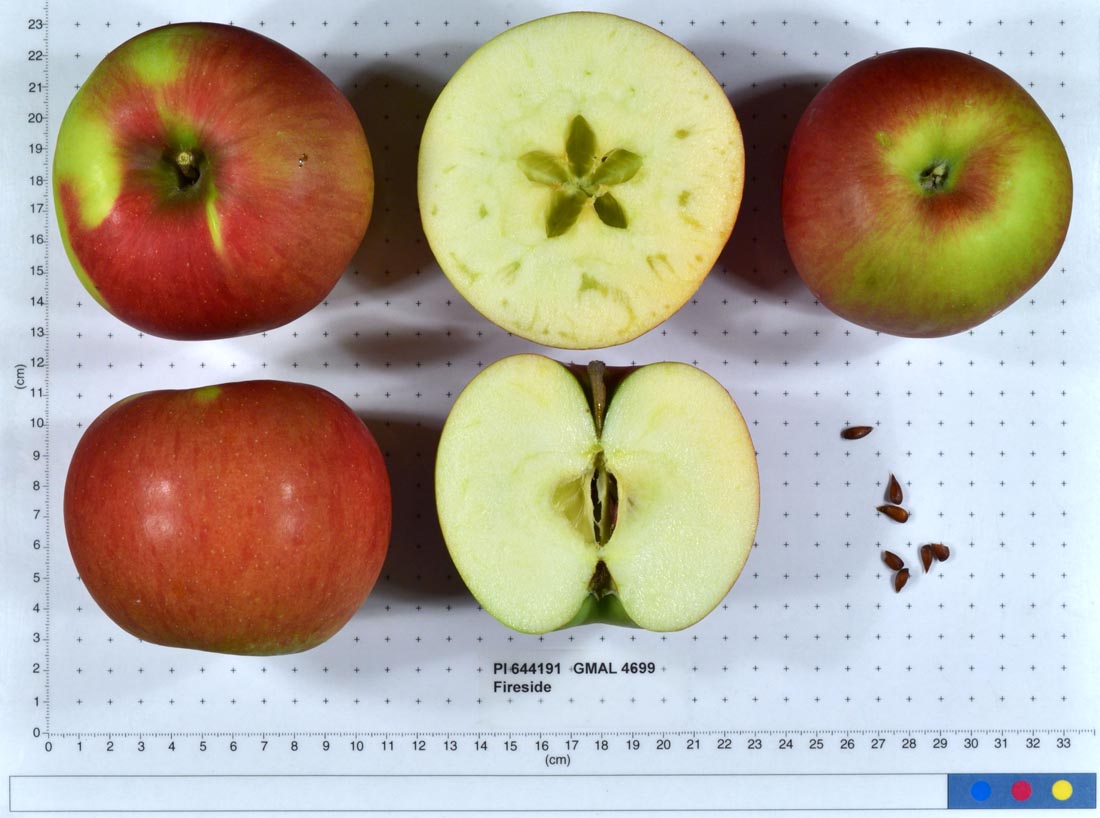 Identification: Large to very large size. Conic with ribbing around the eye. Base colour is green over which is a red wash and broken darker red stripes. The base colour shows through in areas that have been shaded from the sun.

Origins: A cross of McIntosh and Longfield developed by Charles Haralson in 1917 at University of Minnesota's Agricultural Experiment Station in Excelsior, Minnesota (U.S.A.). Introduced in 1943.

Mutations: Connell Red is a mutation of Fireside which was found in Menomanee, Wisconsin (U.S.A.) in the 1940s. It is almost identical to Fireside, differing primarily in the solid red colour. 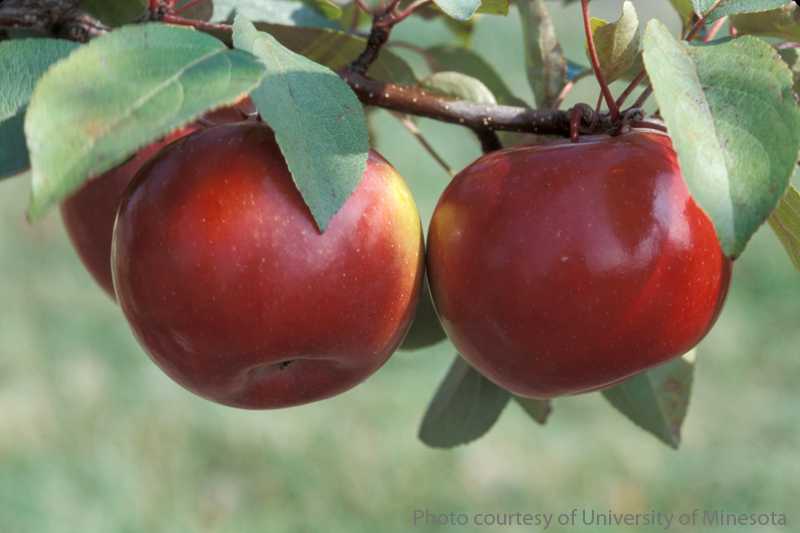 characteristics: The flesh is bright white in colour, fine-grained, moderately firm. Sweet and rich in flavour with mild acidity. It resists browning when cut open.