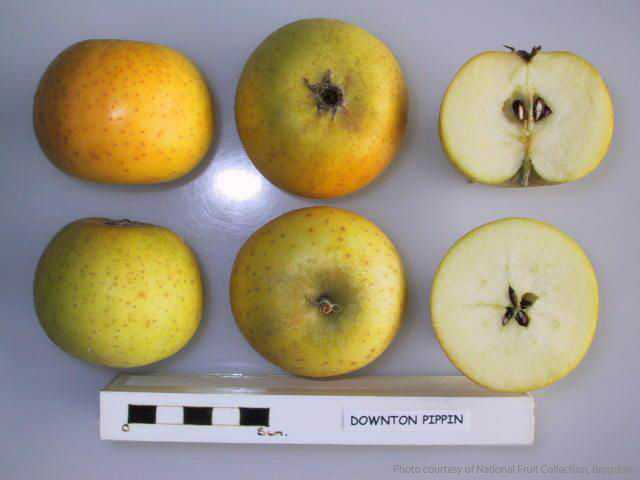 Identification: Small, round tending to round conic. Green skin maturing to gold yellow. Some russet patches or veining at the crown and in the eye cavity, abundantly strewn with brown lenticels. The eye is large and partly open, set in a shallow, wide and ribbed basin.The stem is short and set in a shallow cavity which is lined with russet.

Uses: Intended as a dessert apple but makes an excellent sweet and intensely aromatic sauce. In baking, it keeps its shape. Also used for cider sweetsharp (s.g. 1.080)