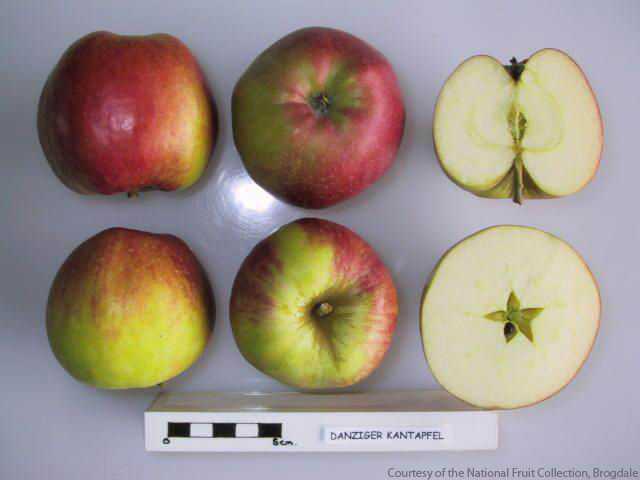 Summary: This is likely the same as the Abraham which is cultivated in North America.

Identification: Medium to large size, round to round conic. Somewhat angular to often pronounced angular faces. The base colour is yellow washed bright red over most of the surface and russetted in the stem cavity. The skin develops a waxy covering. Bruises easily. The calyx generally closed with long, pointed leaves, set in a shallow knobbed basin with ribbing that often extends down onto the face of the appl..

Characteristics: The flesh is yellowish, can be stained red under the skin. Tender and fine-grained. Juicy, moderately sweet and spicy.

Origins: Believed to have originated in the early 1700s on the island of Rugen in northern Germany and grown extensively in Holland as well. First documented in 1760 in "Pomologie" by Herman Knoop.

Flowers: The flowers are large and pink.