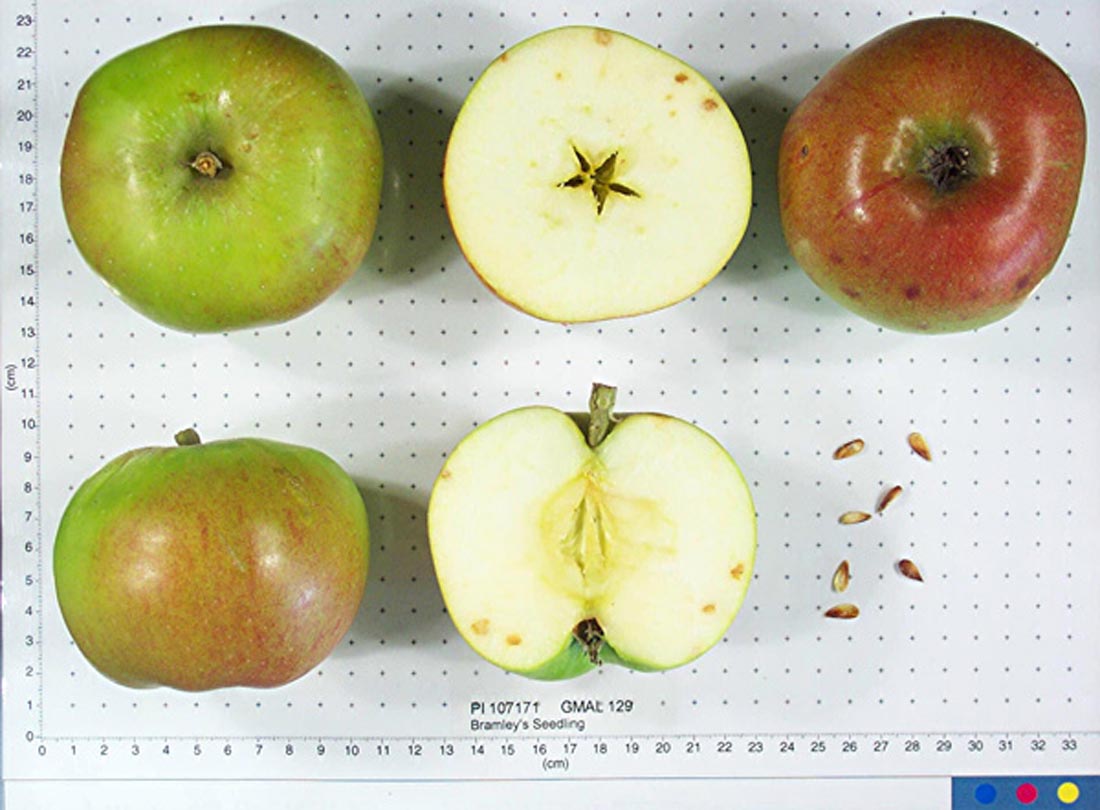 Identification: A large to very large, round-flattened apple with five distinct knobs at the crown and frequently ribbed sides. It tends to grow somewhat lopsided. The base colour is green, often with broken, brownish-red stripes over as much as three quarters of the surface. Dark, raised lenticels. The calyx is large and partly open, set in medium deep and very wide basin. The stem is very short and stout, set in a wide and moderately deep cavity from which veins of russet often radiate. Becomes greasy when it ripens.

Characteristics: The flesh is yellowish, coarse-grained and firm. Juicy and tart with a distinct lemony apple flavour.

Uses: While some people enjoy a fresh Bramley Seedling's sourness, most prefer it cooked. It is particularly good in pies, crumbles and chutneys. Excellent as a sauce, thanks in part to its tendency to become fluffy and golden. Also used for making cider as a full sharp component.

Origins: Discovered as a chance seedling, parentage unknown, in a garden in Southwell, Nottinghamshire (U.K.) between 1809 and 1813 and raised by Mary Anne Brailsford. Later marketed in 1865 by Henry Merryweather who named it after the owner of the cottage garden he was using.

Notes: While not suitable for single varietal cider, it does provide a freshness to the cider when blended.

Cold storage: Best after a month in storage and keeps five months or more.

Vulnerabilities: Resistant to scab and mildew.

Harvest: Early in the fifth period.