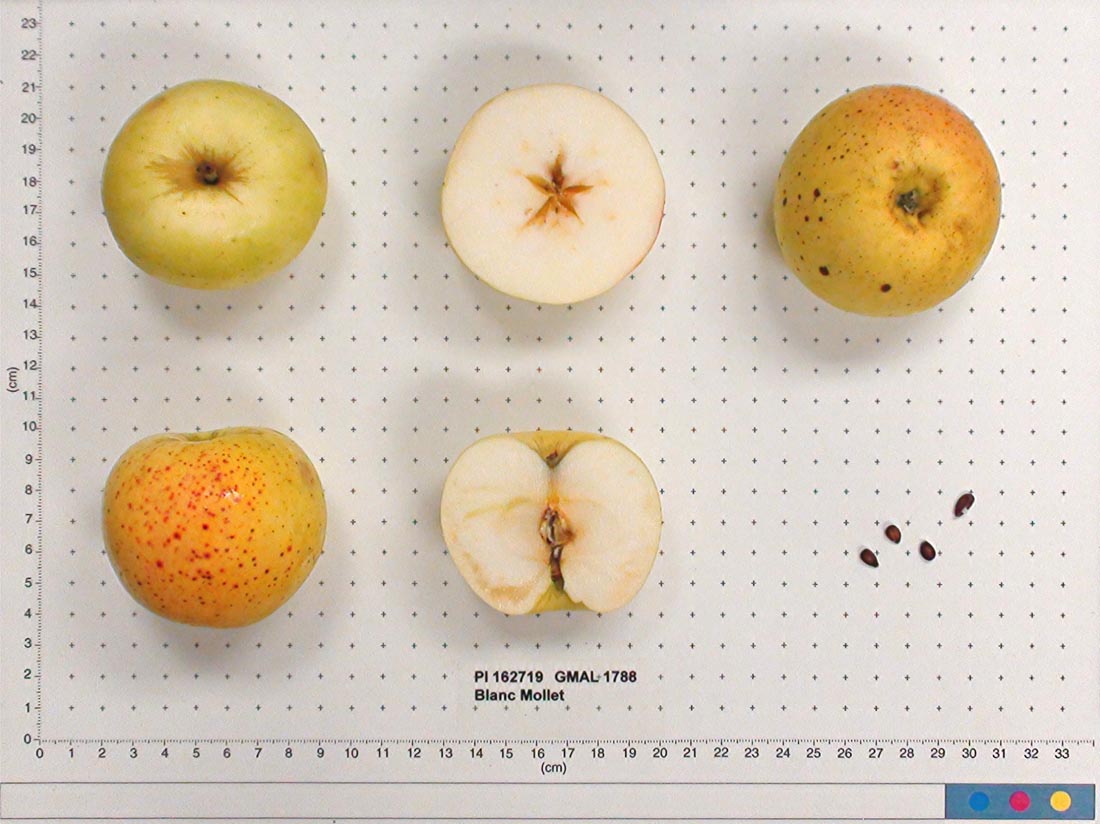 Identification: Medium to small, vigorous and productive. Rounded shape, often irregular. Golden yellow, sometimes with a faint pattern of reddish stripes on the sun-exposed face. Marked with abundant red lenticels. The calyx is small and tightly closed, set in a deep and narrow basin. The stem is short, medium thick and medium long, set in a funnel shaped cavity which is usually russetted.

Origins: Originated in France during the 1700s, perhaps even earlier. Listed by J. F. Couverchel in "Traité des fruits, tant indigènes qu'exotiques" in 1839 as being grown in the Pays d'Auge region of Normandy where it is one of the essential varietals used in the production of Calvados apple spirit. Lucien Tranquille de Boutteville and Louis Achille Hauchecorne "Le Cidre. Traité rédigé d'après les documents recueillis, de 1864 à 1872" (published in 1873) as being an old variety, widely grown through the cider apple region of northwestern France. There seems to be no record of its parentage.

Notes: This is one of the best early-season bittersweet French cider varieties.

Cold storage: Needs to be used within two weeks of harvest.

Harvest: Starting late in the fourth period and into the start of the fifth.