Identification: Medium to large. Round. The base colour is yellow over which is a red, striped blush, heavy on the sun exposed face and light on the shaded side.

Origins: Raised by Murray Sommerville at North Battleford, Saskatchewan (Canada) from one of three seedling trees, believed to be of Russian origin. Introduced in 1934.

Harvest: Ready for harvest at the end of the third period, sometimes in the first half of the fourth. 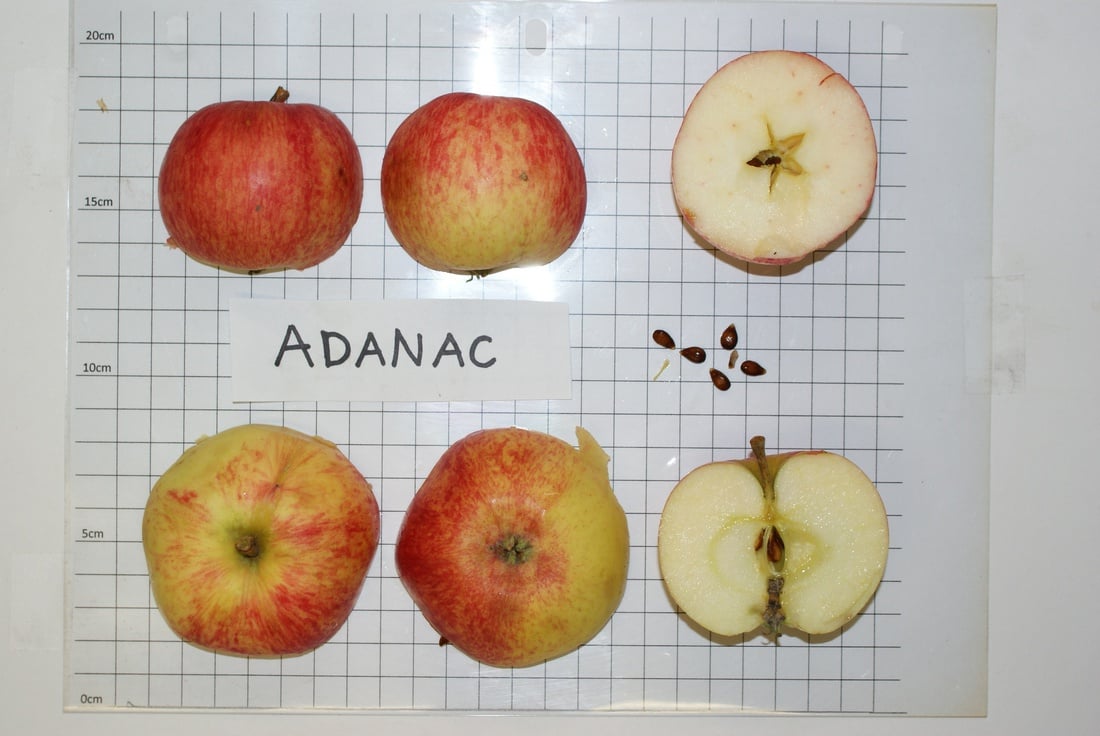 characteristics: The flesh is slightly greenish, somewhat coarse-grained and juicy.