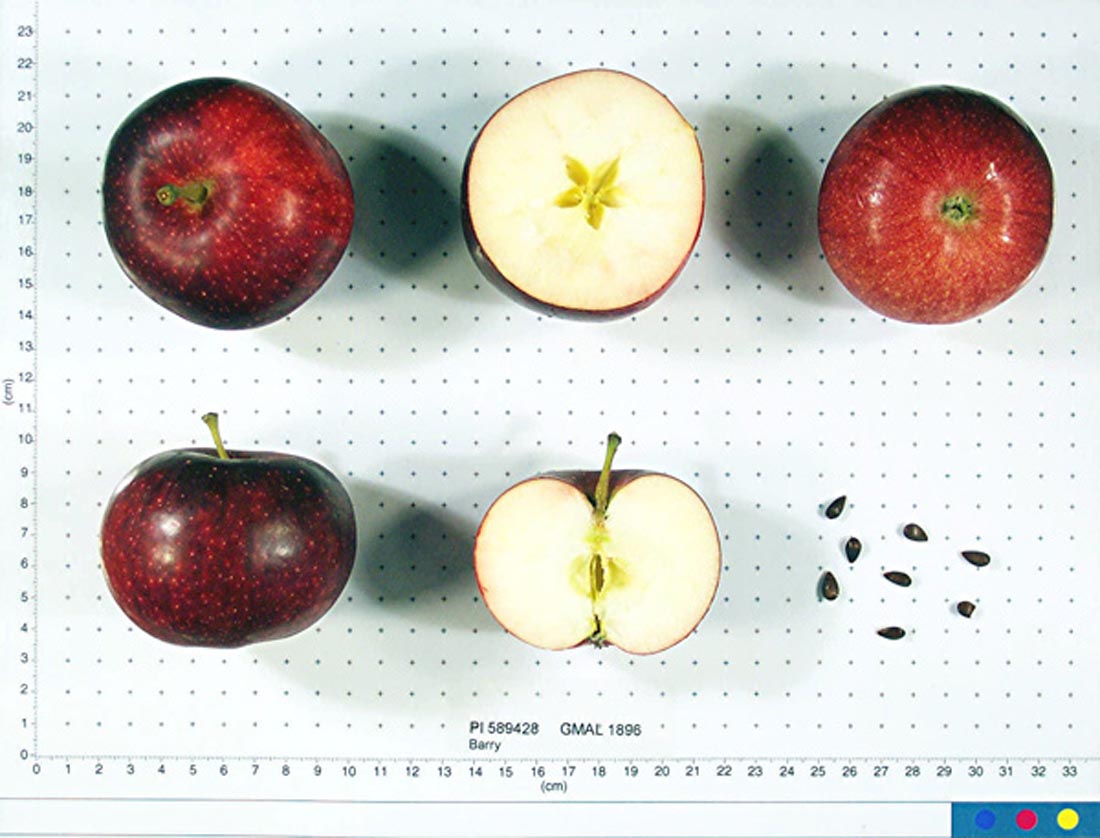 Identification: Medium tending to large size and round shape with ribbing on the faces as well as at the calyx. The skin is smooth and tough, washed completely with dark red, usually with some sparse russet netting.

Cultivation: Vigorous, not cold hardy. Bears fruit on tips of one-year growth. Produces good crops on an annual basis. The fruit is prone to cracking.

Harvest: Ready for harvest toward the end of the fourth period. 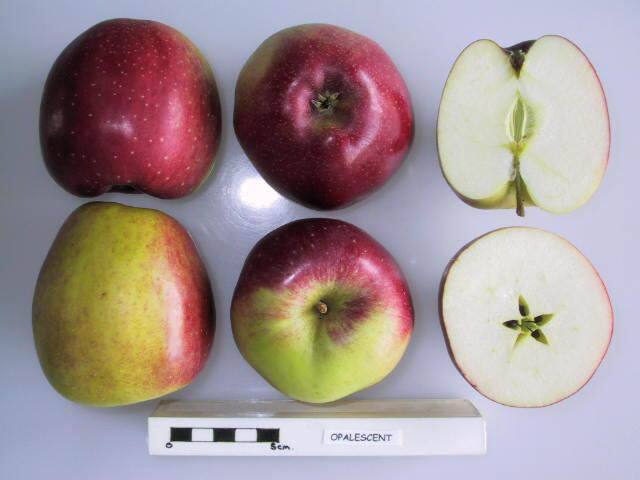 characteristics: The flesh is pale cream in colour. Very dense and crunchy. Mildly tart yet sweet. Look for hints of strawberry, pineapple, honey and floral notes.

Synonyms: Hastings (This is also the name of a British cider apple, see Hastings )