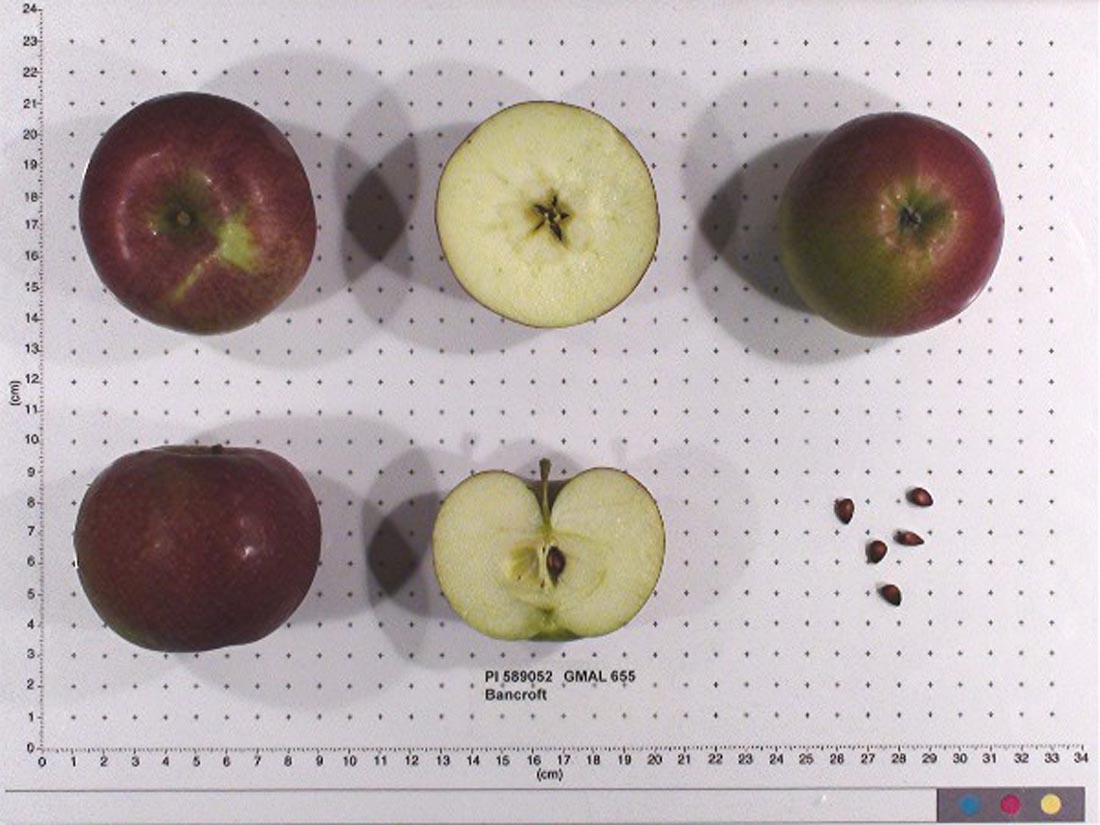 Identification: Medium size and round conic with faint ribbing on the faces and crown. The tough skin base colour is green blushed and striped with red on the sun exposed face, frequently with russet netting, the lenticels tend to be light in colour or even russet. The stem is short to medium length and stout, set in a wide and shallow basin which is often russeted. A heavy bloom can develop on the surface as it ripens.

Characteristics: The flesh is greenish, tender and fine grained with some crispness. Juicy with a refreshing tartness and mild flavour. Keeps for up to five months in cold storage.

Origins: Developed by Don Blair during the 1920s at the Federal Agriculture Research Station in Ottawa, Ontario (Canada) by crossing Forest with McIntosh. Released in 1930.

Cultivation: Vigorous, hardy, spreading tree. Starts to produce small crops when quite young. Ready for harvest toward the middle of the second period. Do not graft to M5 root stock.

Ploidism: Self sterile. Group B. Day 7.

Notes: Similar to the Canada Baldwin