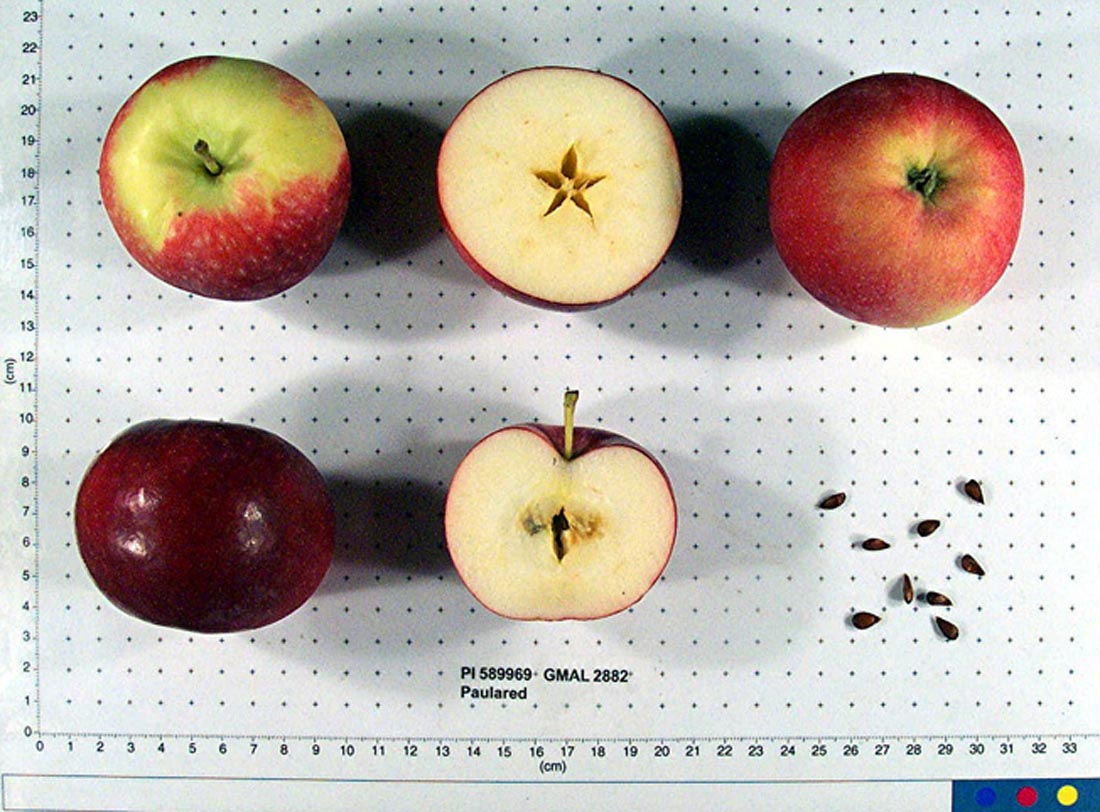 Identification: Medium size and round. The yellow base colour is almost entirely covered by a bright red wash and marked with abundant, large, light-coloured lenticels. The stem is long and slender, set in a shallow, wide cavity which is sometimes russetted. The calyx is small, closed an set in a rippled, shallow and wide basin.

Origins: A chance seedling found in 1960 by Lewis Arends of Sparta, Michigan (U.S.A.) at the perimeter of an orchard of McIntosh apples. Named for his wife, Pauline, and introduced in 1968.

Notes: Similar in appearance and flavours to Tydeman's Early Worcester which is also a progeny of McIntosh.

Harvest: During the last half of the third period. Hangs well on the tree when mature. Disease:Resistant to rust and mildew, susceptible to scab and very susceptible to fireblight.