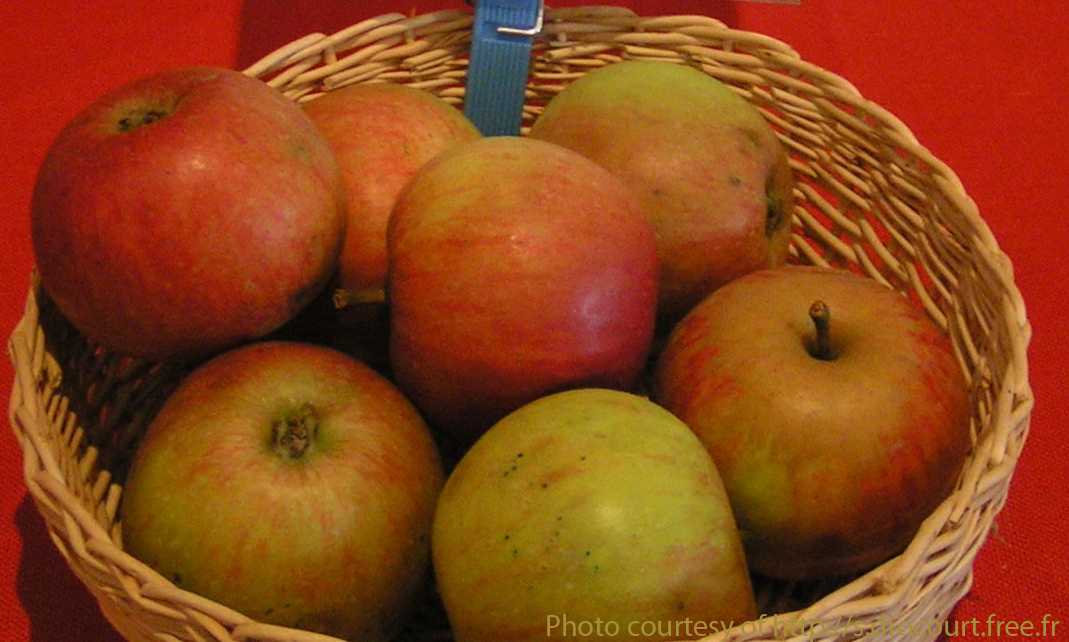 Identification: Medium to large size. Round flattened. The skin is greenish over which is a pattern of long, thin, red stripes. Marked with large, light-coloured lenticles. The calyx is large and closed, sometimes partly open and set in a wide and shallow basin. The stem is long and slender, set in a narrow and somewhat deep cavity which is russetted with the brown russet frequently extending over the shoulder of the cavity.

Characteristics: The flesh is white, firm and juicy. Sweet with a somewhat bitter aftertaste. Aromatic.

Uses: Widely used for the bitter-sweet component of Brittany apple cider. Also ranks as one of 30 varieties of cider apples that can be used in the making of Calvados.

Origins: Thought to have originated in the orchards around Rouen (France), Grown in the Normandy and Brittany regions of northern France, especially in the Pays de Caux and Rouen.

Cold storage: Does not store well but can be sweated for two to three weeks.

Harvest: Late in the fifth period, sometimes early in the sixth.

Juice character: Pale golden. Produces a dry, slightly bitter cider on its own, but usually used for blending.