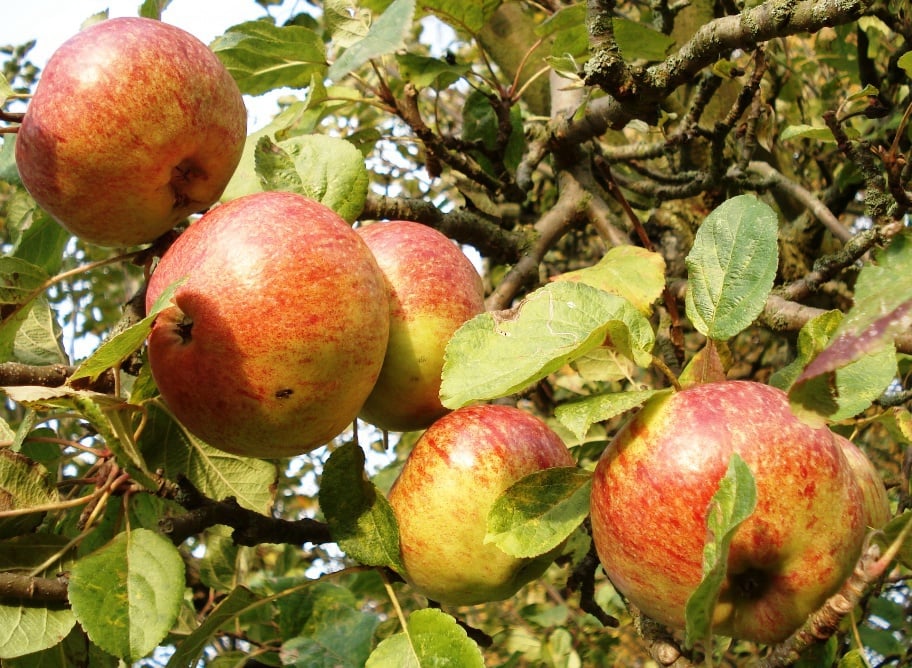 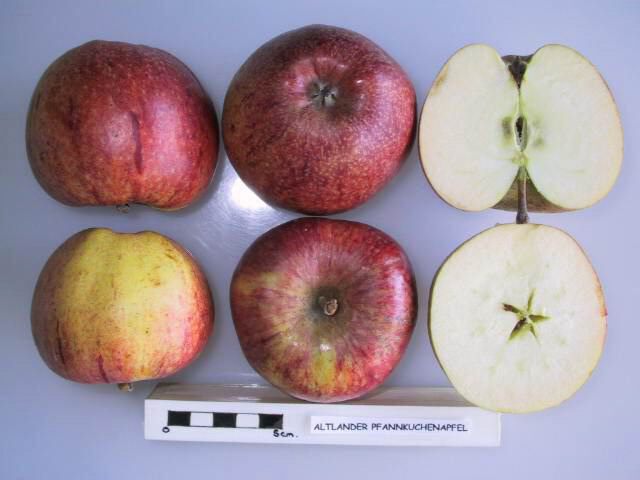 Identification: Medium to large size. Round tending to round conic. Base colour is greenish yellow to yellow with a deep red wash on the sun?exposed face, with some darker striping and abundantly marked with light coloured lenticels which are most visible on the coloured face. The eye is open and moderately large, set in a deep, funnel shaped basin surrounded by faintly knobbed crown. The stem is medium long and medium thick, and set in a deep, funnel shaped cavity.

Characteristics: The flesh is cream coloured and crisp. Sharp and fruity.

Origins: Emerged as a chance seedling in the the 1840s in the Hamburg area of northern Germany. Survives today primarily as a heirloom cultivar grown by hobby orchardists. Named as orchard apple of the year in 2006 in northern Germany.

Cultivation: Weakly to moderately vigorous, developing an upright crowned profile. Slow to start producing crops; once started, it produces best every other year. Does best in fertile slightly damp soils.

Cold storage: Keeps up to two months with best flavours after one month in storage.

Vulnerabilities: Fairly resistant to most disease.