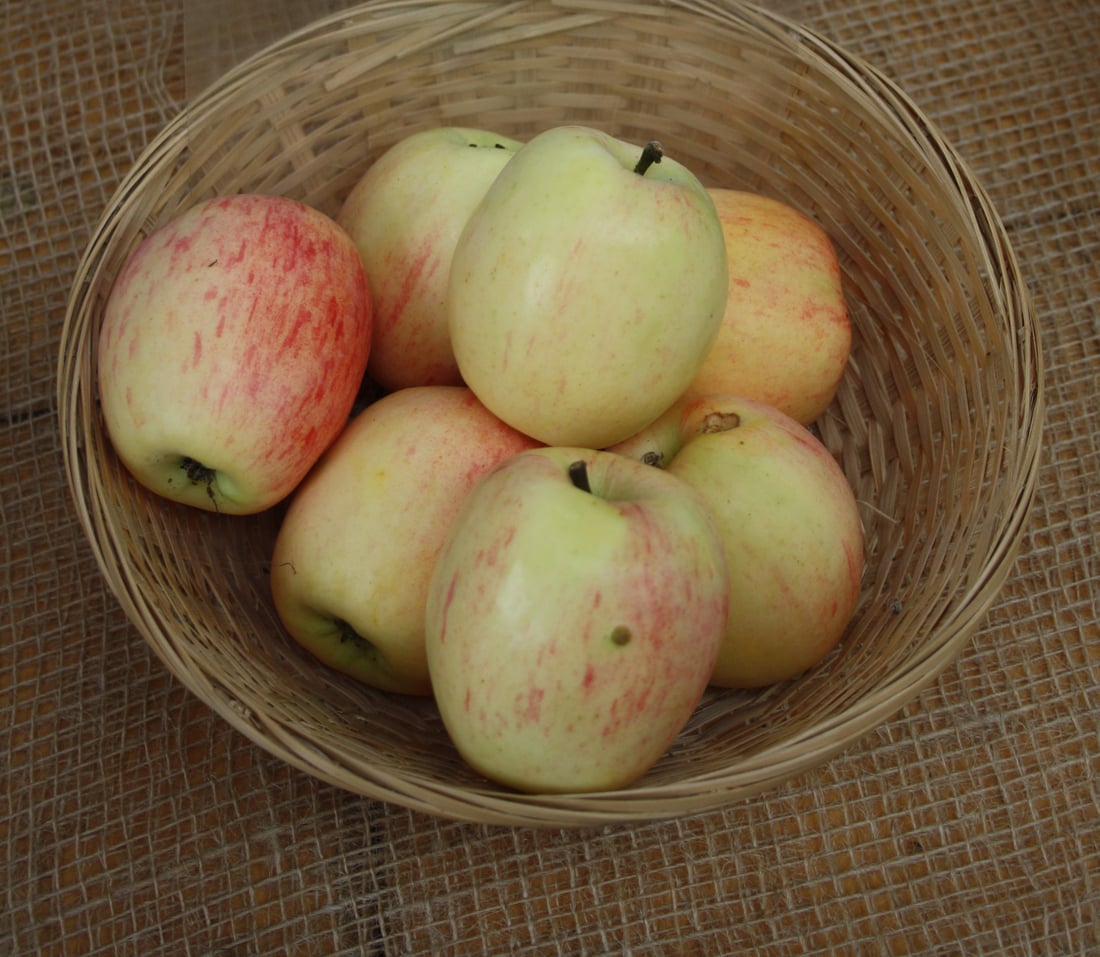 Identification: Medium size, round conic. Smooth, thin skin, green maturing to golden yellow in storage, marked with abundant, small lenticels. Lightly blushed on the sun exposed face and marked with scattered reddish streaks. The calyx is small and closed, set in a narrow, puckered basin. The stem is short and stubby, barely rising above the cavity which is deep.

Characteristics: The flesh is yellowish, fine grained. Juicy, sweet with aromas of cinnamon and elfdock (alant in German, aunée in French) from which comes the name of the variety.

Uses: Primarily enjoyed as a fresh eating apple but its spicy, cinnamon flavour also makes it a good culinary apple.

Origins: Thought to have originated in Holland during the 1600s and was extensively grown in Germany, Holland and France by the 1750s. However, its popularity has dwindled and, while it is still grown in north Germany these days, it is favoured primarily by hobby orchardists. Parentage is unknown.

Cold storage: Lasts up to three months in cold storage.

Harvest: Ready for harvest in the first half of the fifth period.