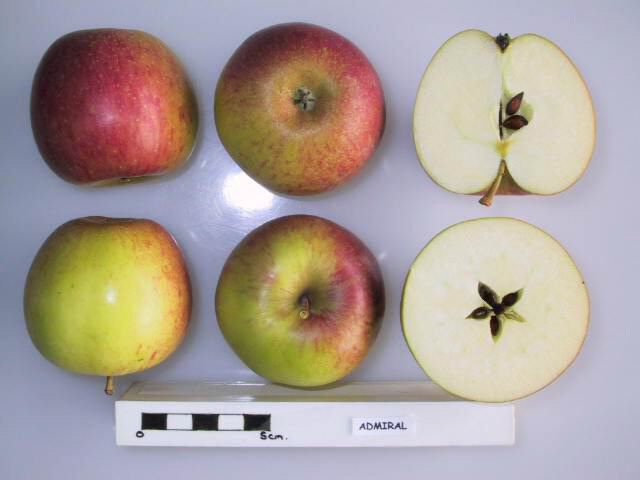 Identification: Medium tending to large size, intermediate conic. Base colour is greenish yellow over which are orange flushes predominently over the sun exposed face. Sparsely marked with broken stripes where the background colour shows through. Russet patches. The calyx is small and closed, set in a shallow, funnel shaped basin. The stem is medium length and somewhat slender in a medium deep, funnel shaped cavity.

Uses: Intended to be eaten fresh.

Origins: Raised in 1921 by A.K Watson at Upton in Norfolk (U.K.) from a pips brought from Japan. Introduced on the market in 1937. Parentage unknown.

Harvest: Ready for harvest early in the fifth period.

summary: A Czech cultivar developed by crossing Mira with Bohemia. Released in 2012.

summary: A Czech cultivar developed by crossing Mira with Bohemia. Released in 2012.